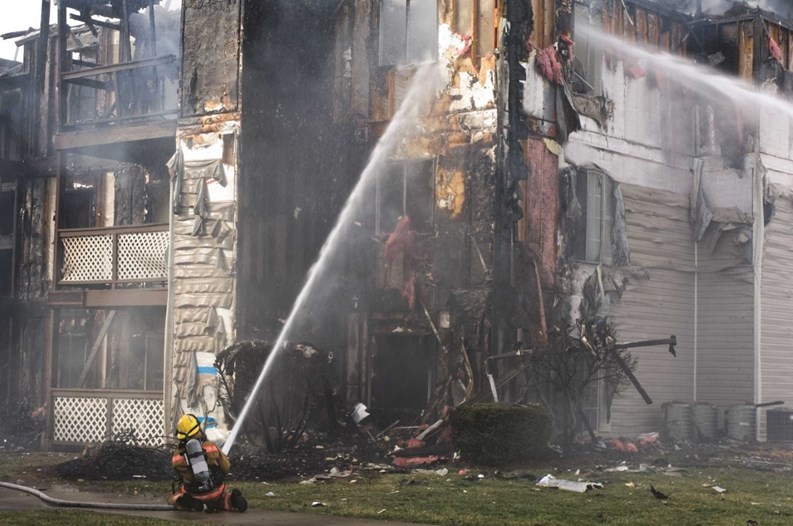 One only needs to watch the news regularly to understand the devastation that a fire can have on a home or community whatever the time of year. Fires can happen any time but certain times of year are more dangerous.

“The winter months are the peak time of the year for fire deaths,” says Marty Ahrens, a manager of fire analysis services at the National Fire Protection Association (NFPA), based in Quincy, Massachusetts.

“We all think it will never happen to us. But it can and does,” says Gael Mennecke, executive director of The Association of Condominium, Townhouse & Homeowners Associations (ACTHA), an educational resource group in Chicago.

According to a FEMA report published last year for the years 2009 to 2011, multi-unit dwellings were responsible for close to 30 percent of all U.S. residential fires serious enough to require a call to the local fire department. Three hundred ninety-five deaths were caused by these fires, 4,250 injuries, and 1.2 billion (yes, billion!) dollars in property loss. “Having a readiness plan in place is just plain common sense,” Mennecke says. “Association boards should develop one and regularly communicate with residents on procedures should a disaster ensue.”

The first step in developing a fire-safety plan appropriate for your association is understanding the legal requirements. Keith S. Frangiamore, a certified fire protection specialist of Fire Safety Consultants, Inc. (FSCI) in Elgin, Illinois, tells us, “Dependent on the city or town, there are various requirements. Most municipalities use some edition of the International Code Council's International Fire Code (IFC), and the City of Chicago has its own fire-prevention code. The IFC has a Chapter 4 titled 'Emergency Planning and Preparedness.' The requirements in this chapter are broken down by occupancy, and it also has specific requirements for high-rise buildings.”

You can purchase the International Fire Code at http://shop.iccsafe.org /2012-international-fire-code-1.html.

Bill Worrall, a vice president with FirstService Residential, which has two offices in Chicago, says his company has a long list of items that building staff and management need to understand when it comes to fire safety. These include the building’s plans and drawings, both electrical and plumbing, for the entire life-safety system. They should be on file in hard and electronic format.

“All staff and management should review emergency plans and incorporate them into the community’s emergency-preparedness plans,” he says. “This should include evacuation routes, notifications, etc., and this plan should be communicated to all residents in the building on a regular, recurring basis.”

In general, a good fire-safety plan should include: location and coverage of building fire-protection systems; names and phone numbers of people responsible for maintaining the fire-protection equipment; names of and procedures for on-site staff responsible for reporting fires, notifying residents, giving emergency medical help and staying to take care of critical systems; evacuation procedures, including special instructions for any mobility-impaired residents; and a plan to account for all staff and residents after evacuation.

Robert Solomon, a division manager with the NFPA, advises condos to make sure that “you work with your local fire department on your plan. They are in the best position to offer ideas on how other buildings handle their plans and if they have any additional protocols such as how often the residents should be reminded of the plan or even practice the plan.”

Additionally, he says, “The building manager should also have a strategy to conduct ongoing inspection, testing and maintenance actions on the fire-protection systems. This would include the smoke alarms in the dwelling units, smoke detectors in common areas, the manual fire-alarm stations, automatic sprinkler systems and other systems or features that may be present.”

In addition, says Worrall, “You must be aware of the age of your community and how new legislation may require investments in new infrastructure to ensure all buildings are up to code. This is especially true of older developments. Newer communities are typically built to current codes but it’s still important to conduct an annual review of relevant legislative changes.”

“Since each building is unique, each plan is unique,” says Solomon. For instance, “the escape planning for a low-rise condo unit is very different than the plan for a high-rise unit.” He says, “The NFPA website, www.nfpa.org, offers numerous, readily available, and free resources for managers, boards and residents.”

Worrall outlines FirstService Residential's three-step process for fire prevention. “First, we make sure our rules and regulations comply with local fire codes. Second, we keep our building inspector’s approval on file in the management office. Third, we communicate to our residents any changes to the local laws and changes to our building’s plans on an annual basis. In an emergency, we believe, it is always better to be prepared.”

Both staff and residents need to know how to cooperate in prevention of fires and in response to an emergency. For staff, Frangiamore states, “The most important thing is to know and understand their responsibilities within the plan. That is, who should perform a specific function, such as fire-department notification, fire-department liaison in an emergency incident, communications with residents in both emergency and non-emergency situations etc.”

Worrall points out that, “Everyone on staff should also know the schedule for annual inspection by the local fire authorities and know the basic elements of the inspection. Our motto is to be prepared, as opposed to surprised, when the inspector arrives.”

One thing inspectors check for is egress availability. Solomon says, “Housekeeping is important. The exit doors should never be blocked, and corridors and exit stairs, including the landings, should never be used for storage.”

Besides a knowledgeable staff, good communication with residents is critical to an effective fire-safety plan. Residents should be familiar with their means of egress in the event of an emergency. They should also perform monthly checks of their smoke alarms and replace the batteries twice a year when daylight-savings time changes.

However, sometimes getting unit owners' attention is easier said than done. Frangiamore advises to use all means available. “Communication with residents must be multi-faceted and should include direct verbal communications, email and paper, including direct access as well as posted information.” He suggests further that management use “separate means, that is, not as part of a larger package where the effect of this critical information will be lost.”

Worrall says that FirstService Residential communicates the building plan to the residents on a regular, recurring basis, typically annually. It also provides the plan to all new residents as they move in as part of the orientation process. Additionally, he says, it is prudent for communities to maintain a roster of residents who may be in need of physical assistance during emergencies/evacuations.

Understanding the causes of fires in multi-unit dwellings can help in their prevention. Frangiamore sums up the statistics, “The causes are the same as for other residential occupancies, and the most common include cooking/cooking equipment, heating equipment, smoking, electrical failure, and open flame (matches, lighters, candles).”

A startlingly high percentage, nearly 70 percent, of fires in HOAs and apartments are caused by cooking. A large proportion of these started when the cooking was untended. Residents were distracted or forgetful or even asleep. According to the National Fire Protection Association, 43 percent of people who have died in cooking fires were asleep at the time.

Association managers might want to communicate these statistics to residents and encourage them to be especially vigilant when cooking. Remain in the kitchen if at all practical and, even if that stew or pot of beans is on a very slow simmer, do not nap.

“Though cooking is the leading cause of fires in multi-family homes, smoking is still the leading cause of home-fire deaths overall, and that's an important distinction,” says Ahrens. “Something else that we are seeing in general is that more and more homes are not allowing smoking inside. I don't know about your neighborhood, but I go out even in the winter and see a lot of people smoking on their balconies or their steps.”

Depending on the structures they control, association management and boards can often make their buildings safer by providing non-flammable containers where residents can discard smoking materials. Ahrens says, “It's really important to make sure that there are safe places to dispose of cigarettes outside—not in the mulch, not in the potted plants.”

A dramatic condominium fire is more likely to make the news than an individual house fire, and such coverage can heighten fear of a conflagration, but you may actually be safer in a multi-resident home than in a house. “There is a lower death rate in apartments than in one- or two-family homes. Seventy-one percent of the home-structure fires were in one or two-family homes, but that accounted for 84 percent of the home-structure deaths,” says Ahrens.

One reason is heating systems. “The equipment that is managed centrally is less of a problem in terms of causing fires in multi-family housing than it is in one- or two-family housing. In one- and two-family homes, you're free to a large degree to do what you want,” Ahrens explains.

In addition, says Ahrens, “The codes and the professional oversight play a big role in the multi-family housing.” Regulations that mandate such life savers as smoke detectors do make a difference.

Keith Loria is a freelance writer and a frequent contributor to The Chicagoland Cooperator. Staff writer Judy Hill contributed to this article. 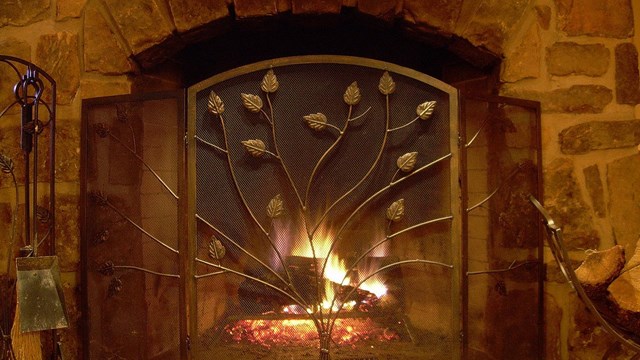 A Valuable Amenity Shouldn’t Be a Liability