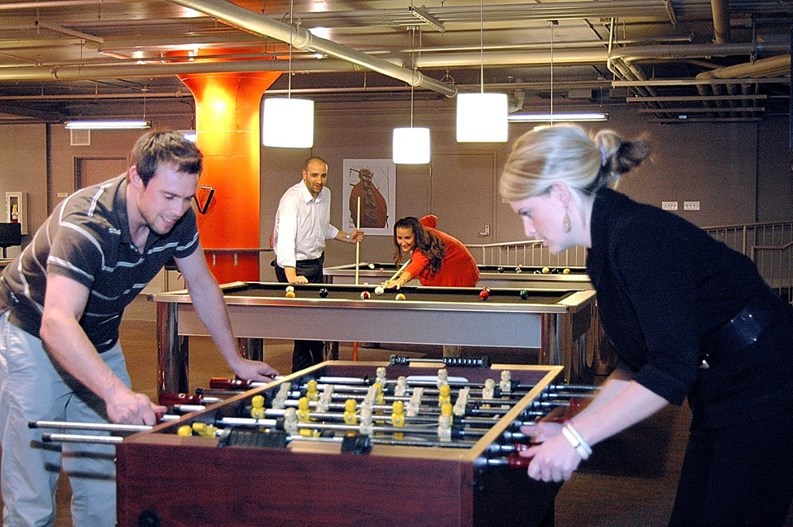 Chicago is known for having some of the very best urban opportunities in the  world—among the best colleges and schools, museums and libraries, as well as some of  the finest parks, the most interesting architecture, the most intriguing mix of  diverse people, and among the very best collection of historic sites in the  nation. For residents, access to all that on a daily basis does not come cheap.  Residential space in the Windy City is costly no matter what neighborhood you  live in, and these days, sheer space—more than luxuries—has historically been the most sought-after item in an apartment.

However, it would seem those days are gone. While location and square footage  are still essential aspects of a property’s attractiveness to a potential buyer, they are no longer the only major  considerations. For several newer and established properties around town, a  building’s amenities are becoming a drawing point in and of themselves.

Among the most luxurious co-op/condo amenities now provided to residents include  simulated golf courses, private beaches, 24-hour juice bars, wine cellars,  grocery delivery coolers, in-house dog grooming services, yoga studios,  media/screening rooms, video arcades for kids, craft rooms, and bowling alleys.  Some of these items are becoming passé, while others now are unwritten requirements of a building’s amenities package. But more often these days, that amenities package amounts  mostly to the facilities provided in a building, such as a gym, sauna, swimming  pool, and a massage room. In those areas, it seems that buyers believe bigger  may well be better.

Some of the most luxurious special amenities that Chicago condo properties are  offering today include hundreds of thousands of square feet of space dedicated  to resort-style recreational offerings. Residents (including former Chicago  Cubs power hitter Sammy Sosa) of the 70-floor, 758-unit Lake Point Tower at 505 North Lake Shore Drive in  Streeterville can relax in their very own, private 2.5 acre wooded park on the  third floor that features a pool and a lagoon. When a blizzard grips the city  (think of the whiteout of 2011) unit owners can head to the indoor pool and do  a few laps, soak in a hot tub, play a game of racquetball or have their teeth  cleaned without putting on a parka to go outside. If residents aren’t in the mood to cook, the deluxe condo is home to three restaurants ranging  from Cite', an upscale eatery with white tablecloths and 360 degree city views,  to a more casual cafe, to a late-night restaurant bar that caters to the  night-owl crowd. With a children’s playground, Skyline Park, squash court, yoga room, billiard room, a full gym,  sauna and steam room and more, the building has admittedly set the amenity bar  high.

“Our residents are paying a certain amount of money, and they want and deserve  the best, so we have to keep reinventing ourselves to stay on top,” says Joshua Feldman, assistant manager of accounting and information technology  for Lake Point Tower. “We are in the process of renovating our weight room. We put it in in the late ’90s, but that just won’t do—you have to stay current.”

What is considered a “top” amenity has changed over time, and even in recent years. Some items that used  to be considered essential amenities for high-end condos, such as media rooms,  or wine cellars, now are passé. Some of that change is technology driven, virtual doormen and virtual  concierges are slowing becoming the norm, and big screen TVs are affordable and  everywhere—and some of the change is a recognition that a building’s amenities should appeal to a wide group of residents rather than a small  percentage.

While Lake Point Tower may offer a huge chunk of space dedicated to amenities,  it is just a part of a growing trend among newer residential properties that  are offering a wide range of amenities to suit the tastes of their residents.

Like any building in this upper demographic, 565 Quincy, of course, has a  24-hour doorman/concierge, individual lockers and bicycle storage, and it also  has a heated parking garage with direct elevator access.

The property’s two towers connect with a 48,000-square-foot amenity deck called K2 Club that  boasts an indoor sports court for basketball, volleyball and tennis, as well as  two work-out areas and a 22-seat, stadium-style home theater.

Creating more of a cohesive sense of community in a building is one goal of the  amenities package a building now offers residents.

“The building has all sorts of social aspects to it,” says Randy Fifield, vice chair and principal of the Fifield Cos., developer of  Alta at K Station. “We’ll have a Super Bowl chili cook-off, March Madness shooting contest, you can buy  candy grams for the holidays. We are also the first pool open in downtown  Chicago. We open April 14th and most pools don’t open until May. We also do a polar bear plunge, which is very popular. We’re constantly thinking of fun things for our residents to do, especially during  the winter months. Midwest winters can be a real drag.”

These days, luxury condo owners are often assuming that certain amenities will  be part of any purchase in a residential building. Those amenities include a  24-hour doorman and a full-time concierge service, to handle duties such as  getting packages, ordering theater tickets, making travel arrangements for  residents, arranging dog walking help, or other tasks.

Luxury property buyers are specifically looking for certain other amenities,  including a gym and a pool. These facilities used to be extras but are becoming  common.

Changing city lifestyle factors are driving the inclusion of certain types of  amenities, such as features intended to be all-inclusive for families, which  are a growing segment of the market. According to industry insiders, the  substantial increase in recent years of families living in city residential  buildings, certain offerings are becoming more prevalent, and common needs are  being recognized.

“Just about every building has a workout facility that’s open 24/7. It’s the norm and people have to come expect it,” says Buzz Ruttenberg, founder of Belgravia Group Ltd., in Chicago. “The really big trends in residential properties in the city right now are  screening rooms and high-tech business centers because more people are working  from home. So residents who work from home can go down and work in the business  center.”

Industry insiders say the market for high-end co-ops and condos (valued at $5  million or more) set a fast pace in March and April, appearing to lead to  inevitable price increases. A large percentage of the housing demand is being  driven by foreign buyers. For some brokers, a large percentage of their buyers  of high-end residences in the city are coming from overseas, including from  places such as the United Kingdom, Argentina, Chile, Venezuela, Columbia,  India, China, Russia and increasingly, Brazil.

“We have a lot of foreign buyers who use the Towers as a second home” Feldman says. “We have this guy who lives in London but he spends his summers in Chicago. We  have quite a few residents like that.”

Most of these foreign buyers are using a Chicago address as a second  home/investment, since they believe in the integrity of the United States real  estate market. For many of these buyers, amenities aren’t as important as for families that will be living in a building year-round. But  both groups of buyers are eying similar types of properties—those with three or four bedrooms. They also are considering the location of a  property when they are considering it.

In addition to Lake Point Towers enviable amenities package, there is also its  prime Lake Shore Drive location. The Navy Pier, Millennium Park, Ohio Street  Beach, the Art Institute, The theater district and the Chicago Loop are all  within walking distance.

“We also have a lot of buyers who use the Towers as an investment property,” says Feldman. “So amenities and location are equally important.”

Amenities for residential buildings throughout Chicago have evolved quickly over  the past several years. Ten years ago the rooftop deck or lounge was the cool  amenity, then gyms became the next thing, but they were small at first. Five  years ago, the residential building gyms started to become much bigger.

Even so, buyers today are value-conscious, and they want to get the most for  their money.

Jonathan Barnes is a freelance writer and regular contributor to The Chicagoland  Cooperator. Staff Writer Christy Smith-Sloman contributed to this article. 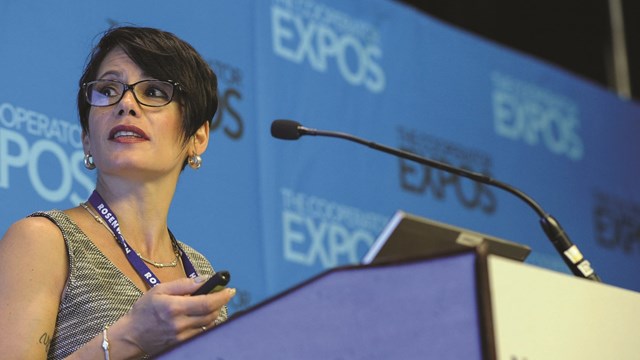