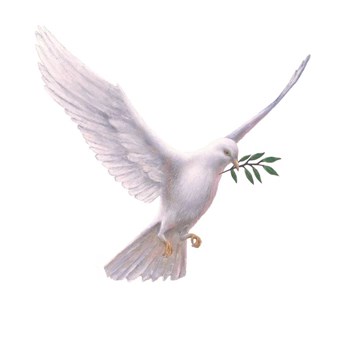 I Love Lucy is one of the most beloved sitcoms in all of television history. In one episode, after Little Ricky is born, the baby is screaming and screaming, keeping awake the next door tenant, Mrs. Trumbull. Mrs. Trumbull complains to landlord Fred Mertz, demanding that he do something about it. According to Mrs. Trumbull, the building rules state that babies aren't allowed. Okay, it's a rental building...and it's a sitcom, so of course everything turns out all right by the end of the 30 minutes. Mrs. Trumbull even ends up loving Little Ricky and becoming his babysitter.

Wouldn't it be great if all problems in a building were handled so smoothly and succinctly? If at the settling of a disagreement, everyone became friends and lived happily ever after? Sure it would— but it would also involve some wishful thinking. The reality is that in co-op and condo living, problems are bound to arise between residents—as well as between the residents and the board—and unless these issues are handled deftly, they can easily balloon into something even more divisive and unpleasant.

Parking issues, noisy complaints, pet problems and rental restrictions are the most popular causes of conflicts between residents, the pros say.

In addition to these types of events that may lead to litigation, Keith Hales, president of Hales Property Management, Inc. in Chicago, says that many conflicts between boards and residents are a result of lack of tact and poor communication.

“People go to the doctor if they have abdomen pain because they want to figure out [the cause] first before it turns into something really bad. Same holds true with condo meetings,” Hales says. ”You have to make sure from the get-go that any topic the board is going to discuss is handled in a very professional manner and will be received well by the association. In other words, anticipate how it will be received. Special assessment is another popular conflict. Boards and owners get into conflicts where a building needs $100,000 worth of work and the building only has 20 units. There's a specific way to deliver it so there isn't any conflict moving forward. You back it up with facts—you did your homework, you have all three [price] quotes—so when questions do come up, you have answers,” he says.

It's no secret that lawsuits are expensive, acrimonious undertakings that can severely erode both the finances and morale of building communities. When a disagreement between a resident and the board escalates into a serious dispute and the threat of litigation is brought into the mix, it can make a bad situation worse. And perhaps the most irksome thing about these types of issues is that to a large degree, they're preventable. Time and again, attorneys and managers cite board inaction or opacity as the reason why resident grievances ignite into litigation.

Regardless of the problem, there are other alternatives for resolving any of these conflicts without resorting to the courts. These range from an informal sit-down between disputing parties to more formal (and legally binding) arrangements reached with the help of a professional mediator. Collectively, these measures are referred to as alternative dispute resolution, or ADR.

Under Illinois Statutes 765 ILCS 605 of the ICPA Section 32, alternative dispute resolution is offered as a solution. “The declaration or bylaws of a condominium association may require mediation or arbitration of disputes in which the matter in controversy has either no specific monetary value or a value of $10,000 or less, other than the levying and collection of assessments, or that arises out of violations of the declaration, bylaws, or rules and regulations of the condominium association,” the Act says.

If Mrs. Trumbull and Fred Mertz went to arbitration the scene would look something like a trial.     “Arbitration is very similar to litigation,” Ebony Lucas, an attorney with The Property Law Group, LLC in Chicago, explains. “You have witnesses, you put on evidence. A lot of times, you'll have a brief that you submit before the arbitration. It's a much, much more formal process than mediation.”

Mediation is not legally binding the way it is performed varies on a case-by-case basis, tailored to the conflicting parties' dynamics, Lucas says. The mediation process starts as both parties and their counsel ask around and interview mediators to learn about their orientation, experience and style. The mediation session itself is a confidential meeting. This enables parties to speak freely without concern that statements made in an effort to resolve their dispute will be used against them as admissions against interest in court, in the unlikely event that the mediation does not produce a resolution.

“I've done mediations where all of the parties are in the room, and both parties kind of get to tell their side of the story. And then the mediator separates them into different rooms and tries to get more information. I've been in situations where the parties are like, 'We can't sit in the same room with each other; we never get along. We always argue—this person doesn't respect me.' And in that situation, usually the parties remain separate so the mediator can at least get them to agree on what the issues are, and then they can come in to the same room,” Lucas says.

Illinois does not legally require parties to attend mediation prior to going the lawsuit route. However, some associations might have this requirement in their documents, making an attempt at a resolution via mediation mandatory.

The American Arbitration Association (AAA) estimates that ADR is able to settle disputes in about 80 percent of cases—saving not only time, but legal fees. While ADR isn't free (counseling attorneys may still charge fees, and mediators typically are paid as well) both parties shoulder the cost of the process, which can be tens of thousands of dollars less than full-blown litigation and court costs.

Every year, millions of dollars are spent on the cost of litigation. Even what seems like a simple court case can cost the parties thousands, if not tens of thousands, of dollars. ADR also helps to reduce potential out-of-pocket costs. These methods are a lot quicker and less costly than a full trial, but are still rather pricey.

The number of people involved, prep time and the actual length of time it takes to mediate are all factors that weigh into the final cost of mediation, Lucas says. Mediation can cost upwards of $6,000, on average, she says. Go the arbitration route and expect those figures to double.

Luckily, there are other low or no-cost options for mediation.

“In Chicago, they have the Center for Conflict Resolution, which provides free services, free mediation services, and I recommend that to my clients especially if there is a possibility that, there may be litigation on an issue. Boards may consider doing something like that before even hiring an attorney,” Lucas says.

If an association has a very patient and hands-on manager willing to mediate a meeting, costs of hiring outside mediators can be avoided.

“In my experience, usually mediation is necessary when you're dealing with an issue between two residents, so their complaints are directly related between one another and may or may not be valid. Even if they are valid, the other person has a different side to the story, if you will. Those are the types of disputes that take up a ton of time for managers. Of course you have the option as a manager to basically say, 'This is between the two of you and deal with it,' but I am of trying to mediate and resolve issues, so I do encourage my boards to schedule a hearing where I, the board and the [conflicting] unit owners would be present,” Kara Cermak, CMCA, AMS, PCAM, president of Rowell, Inc., an Elgin-based property management firm, says. “I have a couple associations that have a homeowner’s relations committee, and essentially it is one or two board members that will intervene between disputes. Or, if an owner is confused about something and no matter how many times management has explained it they simply aren't understanding, we will turn it over to the board member to intervene in hopes we can solve problems before they become bigger than life,” she says.

Hales has also had his fair share of experience playing mediator. After successfully quelling a conflict between an owner and the board caused by a leasing restriction (the board wanted to enforce a rental restriction rule), he practically perfected the art of navigating a fiery, conflict-based meeting.

“Come up with the agenda and talking points of the meeting and limit discussions to that,” he says. “Put a time limit on it. In this particular example I acted as the mediator. Whoever the mediator is should talk to the experts and come up with a plan on how the meeting should go first. If you bring people and just say, 'Yeah, let's just discuss this,' it becomes very unproductive. Come in and hear both sides of the argument. I reached out to the most vocal people and asked them for their sticking points and added it to the meeting agenda,” Hales suggests.

“Bringing in factual information and experts in the industry has helped me,” he adds. What I found is that you actually bring in someone who is an expert in the industry—either the legal side of it or the actual mortgage side, such as a loan officer. In this particular case, we brought in an attorney. The attorney is a neutral party who just came in to discuss the facts. I didn't bring a loan officer in but I had a lot of information about why adding more renters to a building it actually affects mortgage rates for people and also affects their FHA approval, and in turn affects the overall value when someone wants to sell.”

Lower costs and quicker results aside, one of the most beneficial aspects of ADR like mediation is that it forces parties to finally communicate—something that is essential not only for conflict resolution, but for promoting a harmonious living community.

“Often, the two parties are very busy talking from only their own perspective, and they are not often in the same room together. So as long as you have someone who can keep everything calm, which is a challenge—you have to continually work on that throughout the event—they can hear what the other person is saying. And very often, they hear a perspective they hadn't thought of. People are very busy thinking from their own perspective and not someone else's,” Cermak says. “I definitely think it's a great idea to have alternative dispute resolution in place before it gets to the court system, because it just gives community associations a bad name, as if we can't resolve issues that are seemingly small to the court system,” she adds.

Lisa Iannucci is a freelance writer and a frequent contributor to The Chicagoland Cooperator. Editorial Assistant Enjolie Esteve contributed to this article.