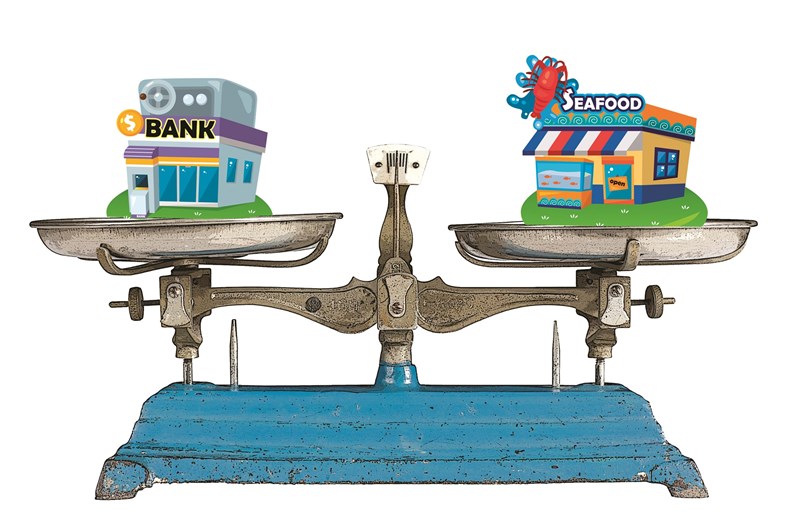 Finding a good neighbor—it’s what we all hope for when we move into a new building or community. The same is true for commercial properties in residential buildings.  Making a good match, one that benefits both the commercial tenants and unit owners, can go a long way in creating a harmonious and happy building.

There are a number of different scenarios that involve the presence of a commercial entity within a residential building. The condo may have been set up to include a mix of residential and commercial units or spaces. These commercial spaces would have been intended as spots for businesses from the outset. In another scenario, someone else may own the first few floors of the building and it’s not part of the association or condo, meaning it falls outside of the purview of the board.

In order to determine what factors will help cultivate and maintain a healthy relationship between tenants, residents and board members, everyone involved should have a good handle on what is allowed and not allowed by the building’s governing documents. “The condo declaration or CC&Rs usually limit the type of tenant allowed,” says Patricia O’Connor, an attorney and partner in the Community Associations Group at the law firm of Levenfeld Pearlstein, LLC in Chicago.

They also limit the location of those tenants. “Typically in condo associations, there are either residential units or commercial units,” says O’Connor. “And typically, there is a provision that residential units cannot be used for commercial purposes. There is a small minority that are set up as live-work spaces, like artist’s lofts.” But for the vast majority of properties, O'Connor says the lines are clear and distinct on where commercial entities can exist and where they cannot.

Limitations on the types of tenants also exist and some are rather quaint. “Older declarations have restrictions such as no hotel, motel and transient purposes, no veterinarians, pet shops, taverns and liquor stores, tattoo parlors or pawn shops,” says O’Connor. “A lot will also say no to health clubs or gyms. They have to give careful thought to them because they can be noisy with music, group classes and the sound of equipment.”

However, even if the rules say no, sometimes exceptions can be made. “If there’s a provision that says no pawn shops, but they have a good offer, the board would have to go to the owners to delete that restriction,” says O’Connor.

Some businesses tend to fare better than others in residential buildings. “The best businesses are the ones that the residents will use,” says William Cannon, a property manager and sales agent with Schermerhorn & Co., a property management firm based in Evanston. “It's a convenience for the residents, and guaranteed business for the business owner. Consider a café versus an accountant office; that's not to say that an accountant is a bad choice, but the café would be more useful.”

David Westveer, co-founder of Chicago-based Westward Property Management, agrees that businesses offering retail services would likely be more welcomed by residents and neighbors. “For buildings that are mixed use, my recommendation is that owners stay away from business not offering retail services, both for occupants of the building and for patrons in the surrounding area,” he says. “Food establishments and other consumer-based retail companies are typically welcomed while office and wholesale establishments are frowned upon. The more popular and attractive the businesses are in your building, the more attention there is to the location.”

When it comes to filling an empty commercial space, the first priority will be to start getting that rent money flowing. “Any landlord who has a commercial space to fill will rent to any business as long as it does not violate any policies and will give little thought to how it impacts the residents,” says Cannon. Business is business—something almost all residents can appreciate.

Like in any good relationship though, it helps for the board or manager and the business owner to have a few in-depth conversations before entering into any sort of agreement. “The ideal commercial tenant suited for a specific property has a lot to do with their specific needs,” says Westveer. “The type of business, how many employees they have, the growth they’ve experienced over the past one to two years, the number of required parking spaces and the financial backing all play a large part of whether the relationship will be successful or not.”

And, “As the owner of a commercial building seeking sound, long-term tenants,” he adds, “my recommendation is that owners do more than just standard background and financial wellness checks. Get to know the people behind the company, their plans for the location and where they’re going as an organization in the long term. The more you know, the more likely it is that you’ll collect rent in a timely manner and have occupants who care about the property.”

For unit owners and residents, the main impact of having commercial properties on-site most often revolves around relief at having a good, reliable coffee shop or a great gym downstairs. In terms of liability and insurance, there are no differences for those individuals—no bumps in the homeowners insurance due to the presence of a restaurant on the first floor, for example.

For eateries, the general idea is the same. “If it’s a commercial unit operated as a restaurant with liquor, they have to include the association in its dram shop insurance, because the condo would not have that type of coverage,” says O’Connor.

“Certain types of commercial tenants,” says Westveer, “may convey higher levels of risk. In these situations, the board may want to consider an additional umbrella policy carrying access limits of liability coverage. However it is also likely—if not required—that the tenant carry said access coverage directly indemnifying the association.”

All of these risks should be considered and discussed with the association’s insurance broker on an annual basis to determine a coverage level that is sufficient for the type of building and its occupants.

Even in the best of tenant-landlord relationships, conflicts both large and small can arise. The board can help manage those relationships by laying out expectations and guidelines clearly and early on. “The board of directors for an association can require that the tenants of commercial units conform to policy so long as that language is provided within the governing documents of the association and that it is also legal and consistent with local and state laws,” says Westveer.

Some of these prospective points of contention already may have been addressed before a lease was even signed, so that if a bar considered the location only to discover limits on noise levels, they may have declined to sign that contract, and set their sights on another location. “Noise levels and hours of operation will limit the type of business that is interested in a specific location, and as such, the board should consider these universal restrictions as potentially both positive and negative, depending upon the type of business,” says Westveer. “Simply put, you can’t discriminate—so if your declaration does not allow a business to operate after 5 p.m., you can’t make an exception for one business and not the other.”

Should problems arise with commercial tenants, the board will likely need to deal with the situation in the same way they would address a residential issue. If it’s a noise problem, the business operators should know that every association has rules governing noxious and offensive behaviors, “so they have to run the business in a way that’s not a nuisance,” says O’Connor. If they do not, “The association would have to fall back on telling them that the way they’re operating is causing problems and we’ll have to deal with it as with any other residential issue.”

For the vast majority of buildings, the mix of commercial and residential properties results in a happy co-existence that brings valuable services to residents and consistent, welcomed business to the shops, cafes and restaurants that serve as their neighbors. It is difficult not to love the idea of not having to ever leave the building to get to the gym or that great new restaurant everyone has been talking about. With proper management of expectations and adherence to the rules, it is a win-win for all involved.

Liz Lent is a freelance writer and a frequent contributor to The Chicagoland Cooperator.