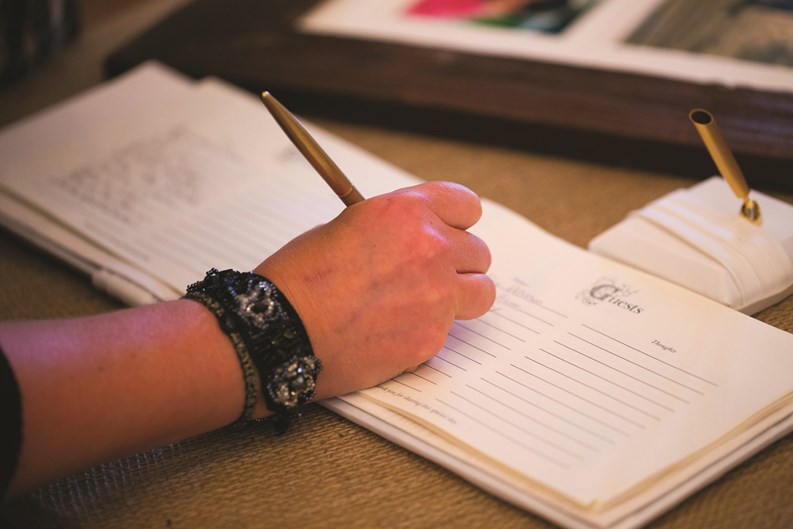 In a city like Chicago, where even the most profligate among us may shed a tear or two at hotel room prices, the homesharing trend has grown by leaps and bounds, with more co-op and condo owners than ever renting out their units to short-stay vacationers—and pocketing more than a few extra bucks in the process.

Led by Airbnb, homesharing has had a steady ascent over the last eight years or so since the company’s founders stumbled on the idea of renting out residential units in popular vacation destination cities to travelers in town both for business and recreation. As lucrative as the business can be for homeowners, it is also fraught with huge risks, including breaking proprietary leases, breaking state and city law and facing significant uncertainty with regard to issues of insurance and liability.

If you're unfamiliar with services like Airbnb, this is how it works: homeowners and tenants alike can create a profile on the Airbnb website, much like a hotel on sites like Priceline or Expedia. The “bnb” in the name denotes the idea that users can rent a room in someone's home for a few nights in the style of a bed-and-breakfast.

Rather than shell out for a cookie-cutter room from a non-descript hotel chain, users opt for the more personal, entrepreneurial spirit of homesharing. Some Airbnbers may have an extra bedroom or pool house they rent out while they stay and play host for their guests. Others in very desirable high-rent parts of the country, like New York or downtown Chicago, may rent out their entire one-bedroom apartment for a few nights a month to help with their own rent, and simply stay at a friend's place in the meantime.

The Federal Housing Administration (FHA) and Fannie Mae place “owner occupancy” lending guidelines on communities, says Bo Bond, senior sales executive at Associations Insurance, which serves the Chicagoland area. There are “guidelines that can hinder a lender’s decision to process a loan for a client if the community is less than 50% owner-occupied, or if the community allows short-term unit rentals—30 days or less.” Airbnb would certainly fall under the latter.

In the Chicago area, most covenants that apply to a property do not allow leases briefer than 30 days, and this practice, also known as transient leasing, makes the lessor especially vulnerable. “In the event of damages,” says Charles VanderVennet, an attorney with his own community association law practice based in Arlington Heights, “the lessor has only those legal recourses set forth in his or her lease, for which reason it is important to deal with deposits sufficient enough to cover potential damage.”

But for the most part, it seems that people have been willing to turn a blind eye to the illegality of renting through Airbnb, with enforcement only coming into play when a complaint is made to city officials or to a board or management of the condo or co-op. In a small building, for example, where the neighbors all know one another, and a fair number are renting out to Airbnb visitors without incident, the practice could go on undisturbed for years.

Despite the fact that participating in Airbnb may mean a lot of trouble for unit owners, sometimes the financial rewards are so great—or so needed—that those troubles go ignored. In these instances, it’s also important to consider the liability risks involved. What happens if something goes wrong, and who's ultimately responsible for making it right? These are important questions that homeowners need to understand before posting their apartment profiles and stocking up on guest towels.

The first hurdle is a big one: homeowner’s insurance policies are not designed to cover business enterprises, says F. Michael Conte, a partner with New York-based Honig Conte Porrino Insurance Agency Inc., which is a licensed insurance broker in Illinois. Should something go awry—an injury, say, or serious property damage as a direct result of the renter's presence in the unit—the question quickly becomes whether or not the insurance carrier will respond to or deny the claim. “Some will, some will grudgingly, and some will not cover the claim at all,” Conte says.

Kenneth F. Porter, ARM, principal and co-founder of the sharing economy insurance firm Porter & Curtis, LLC in Media, Pennsylvania, says, “There are significant implications, because the personal liability part of homeowners' policies typically excludes or restricts coverage for business activities,” he says. “That may leave the insured exposed, and as a consequence create additional liability exposure for the condo or co-op.”

The fact that unit owners or renters may be utilizing homesharing services for profit also lends the practice to legal complications. “[Because] it's considered a business activity, the typical condo and co-op homeowner form excludes liability coverage for renting, except under the following circumstances: first, the rental is on an occasional basis or second, the occupying family takes in no more than two boarders,” says Porter. The caveat on the first item is that the term “occasional” is not defined, opening it up to a broad spectrum of interpretation by underwriters, unit owners and attorneys.

The difference for underwriters in insuring a hotel versus an enterprise like Airbnb comes down to statistics and risks. “Insurance prices are statistically driven,” says Conte. “They look at how many risks there are and what the severity is. A carrier that is insuring a hotel will price it to that exposure. The contract forms are basically the same, but it’s a matter of pricing that risk.”

Unfortunately, the uncertainty that surrounds Airbnb practices translates into similar uncertainty with insurance coverage. The temptation for some unit owners may be to quietly go about their rental business without informing their insurance carrier or broker. “People think they can just not reveal exposure and everything will be covered,” Conte says. That is not always the case.

Honesty may well be the best policy in pursing proper coverage. A broker might say, “We have identified an underwriter who will entertain this exposure—it’s a little pricier, but you’ll have protection,” says Conte. While costs might be higher out of the gate, they occur because of the uncertainty of the risk involved. “If you rent to an Airbnb guy, he may show up with a bull mastiff” and wreck the apartment, says Conte. “It’s uncontrolled risk exposure because you just don’t know what you’re getting.” That added cost may well pay off in the long run. At the very least, it should make it easier for unit owners to sleep at night.

It also be a necessity to protect the rest of the building’s residents, both from the risk of unknown guests and the risks of having an insurance policy terminated for the whole building. “On the building level, the contract wording would not exclude the claim of someone falling in a hall or common area who is an Airbnb customer,” says Conte. “If the underwriter becomes aware of it, however, they can ban it. Or double the building’s rates.” Whatever the specific response of the underwriter, it is almost guaranteed to cause some sort of an issue with future insurance service.

Airbnb itself tries to mitigate risk for those who join its service. Airbnb’s Host Protection Insurance “provides hosts with $1,000,000 of general liability insurance protection for stays occurring in the United States,” says Porter.

The problem, says Conte, “is that the host liability is secondary, which means it kicks in after homeowner’s policy pays out. It’s not primary.” While some secondary policies take effect at “dollar one,” “Others kick in only after out-of-pocket costs,” says Conte. “The wording of the policy will dictate when it kicks in.”

In order to mitigate risks for the lessor, “the lease agreement should require the guest to defend, indemnify, and hold harmless the lessor, owner (if subleased), and condo or co-op, for any and all liability arising from the leasing (or subleasing) arrangement,” says Porter. “In addition, the lessor should secure liability insurance covering their rental operations.”

It is a lot to consider for a young couple who just want to help cover their mortgage costs by renting out the sofa bed for a few nights each month and it is a lot to consider for boards who want to keep their residents happy. The important thing to remember is that money is changing hands, meaning it is a business. “If you want to go into business, you want to go in with your eyes open,” says Conte.

“A regular tenant would have renter's insurance,” says Raymond C. Berry, owner of RCB Insurance Services in Crete, “and the landlord would have a copy of this in the event the tenant damaged something and there was a need for a claim or any sort of insurance incident—with transient leasing no such claim can exist.”

Unlike regular renters, unit owners may be under greater exposure to liability due to the way condo insurance policies are structured. “The most notable hazard with transient leasing when it comes to condo insurance,” Bond says, “is the community’s inability to find liability carriers, many of whom will require the condo or co-op community to have at least 60 percent-plus “owner” occupancy. Most liability carriers do this because they don’t want to get into the business of insuring hotels, nor hotel-like exposure. Some carriers may overlook this issue if the leases are more long-term, 30 days or more. However, this is solely up to the carrier/underwriter. In a nutshell, you limit your carriers when you lease your unit out, and even more so when it’s a short-term lease.”

It may seem almost arbitrary that unit owners might find more trouble with homesharing services than renters when it comes to insurance and liability. “The reasoning behind this is simple,” Bond says. “As history would have it, most folks that own and occupy their unit, tend to take better care of the unit, ensure that it’s safeguarded from hazards, and have a vested interest in the property itself. I’m sure most owners will agree with me that renters don’t take as good a care of the unit as an owner would, don’t proactively look to safeguard the unit from potential hazards, and ultimately don’t have a vested interest in the unit itself. Since this is the case, this poses a problem for liability carriers when there’s a large amount of units being rented out within a condo/co-op community.”

With Airbnb transactions still largely illegal in Chicago, it is imperative to consider the risks versus the rewards. And perhaps the growing popularity of the service is enough that boards should consider proactive communication with their unit owners.     While Airbnb does encourage potential hosts to familiarize themselves with state and city laws, boards also can remind their residents of the potential trouble they face should anything go wrong. The profits may be appealing, but the long-term costs can quickly outpace them—something anyone ready to jump on the Airbnb bandwagon should consider.

Elizabeth Lent is a freelance writer and a frequent contributor to The Chicagoland Cooperator. Staff Writer Zak Block contributed to this article.