Do not show again [X]
By Michael Odenthal   2015 August Insurance 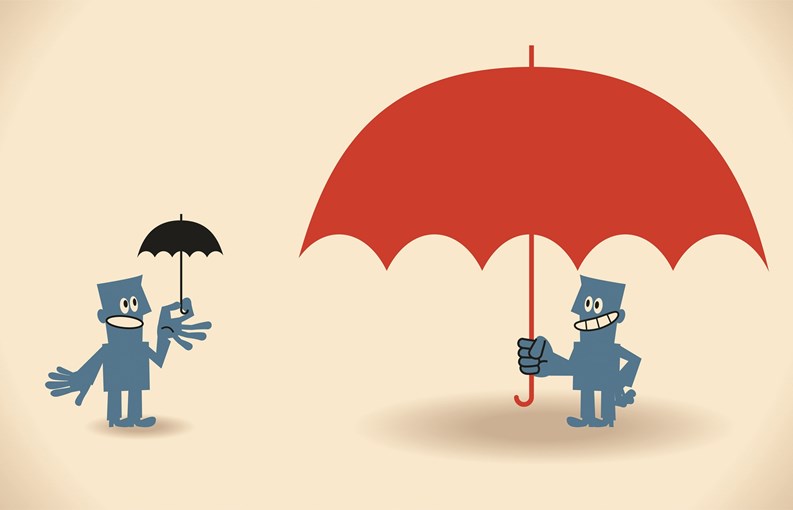 From equipment failure and personal injuries to tornadoes and tropical storms, disasters happen, and any condominium association worth its salt knows that it needs to be prepared for a rainy day. And a great chunk of said preparation consists of insurance.

But with a vast array of coverage plans available at an equally expansive array of costs, how can a board decide what its community absolutely needs? What could be useful, but isn’t a must-have? What is entirely superfluous? Florida is famous for hurricanes, but earthquakes seem unlikely. California has the opposite problem. Chicago may be widely known as "The Windy City," but that wind is more blustery than destructive. Some decisions are no-brainers, while others can keep a responsible board member up all night. Fortunately, there are experts and thorough resources about that can help alleviate a board’s insurance-based woes.

There are certain basic coverage options that are actually not options at all; for a board to not have them in place would be irresponsible, even negligent, and in some cases, illegal. "The Illinois Condominium Property Act and the Common Interest Community Association Act require that community associations have property coverage, general liability coverage, directors & officers liability coverage and fidelity coverage," says Kelly Rumachik, an account executive with CISA Insurance in Elgin. Rumachik notes that fidelity coverage is technically not mandatory for all community associations. "For condominiums, it is required if you have six or more units, and for HOAs, it is required if you have 30 or more units. But, our agency strongly feels that no matter the size of a community association, this is coverage that you want to have, as it protects the association's money from theft."

Adam Collins, CIC, CIRMS of Ian H. Graham Insurance, a national firm with offices in the Chicago area, says directors & officers insurance prevents board members from being held personally liable regarding certain decisions, as it covers them in cases of unsubstantiated claims of wrongdoing by owners for its day-to-day decisions; anything from what landscaper to hire to which ailing part of the property to fix first.

General liability insurance, on the other hand, is often referred to as "slip-and-fall" by those in the know, as it covers an association in the case that anyone gets injured while on the premises. This type of insurance can also be a godsend should anyone attempt a fraudulent injury suit, saving a board from all sorts of legal and financial headaches.

And speaking of legal headaches, Julie Demos, vice president of Total Insurance Services in Northbrook, points out two very recent and significant changes to the Illinois condo act of which associations need be kept abreast.

One such change, says Demos, requires that an association's directors & officers insurance coverage includes any insurance-based decisions made by the board. The other requires associations to have "proper limits for ordinance and law for increased cost of construction and demolition, as well as the coverage for replacing the undamaged parts of the building." In other words, as construction costs rise and building codes evolve, associations—especially those representing older properties—need to be properly insured accordingly. If 50 percent of a property was damaged by fire, and the entire structure was not up to code at the time—without the right insurance, the municipality could legally require that the undamaged half would need to be rebuilt along with the damaged half, as it did not adhere to current building standards. Without the right insurance plan, the cost to rebuild an entirely pristine section of a property would have to come from the association's coffers, which would be quite expensive indeed.

While the types of coverage mentioned above are essential for any condominium community, there are plenty of additional options available to boards via their providers, some of which are significantly more condo-appropriate than others.

Given its mandatory-in-some-cases status addressed by Rumachik above, Collins puts crime and fidelity insurance in this second-tier category. "It's not uncommon for a board member or property manager with access to an association's checking account to pilfer funds, and this type of policy can make the association whole again in the event that anyone that we define as an 'employee' absconds with some money," he explains.

Rumachik herself points out that an association can add an “umbrella policy” to its regular coverage, "which will give them extra liability coverage in the event that their general liability, auto, workers' compensation or directors & offices liability limits are exhausted."

And Demos recommends adding water & sewer backup, worker's compensation and discrimination coverages into the mix as well. "Condo associations, at any point in time, could be hiring someone to do work for them, and that person may not have insurance, even if they'd claimed that they did," she explains. "If the contractor has an employee that gets injured while on the job site, and the association doesn't have worker's comp insurance, that contractor could come back to the association with the bill."

In regard to discrimination, Demos cites several instances over the last few years wherein not only unit owners, but those visiting unit owners, attest to being discriminated against for a variety of potential reasons. If the appropriate policy is in place, the insurance company can cover the cost of defense in these situations, and thus help shield an association from an egregious accusation.

Scrimping on its insurance coverage can result in ill fortune for an association. Aside from an angry membership battering down its door, should an association not be covered for a claim filed, it could fall on the association to pay for that claim in its entirety. As Rumachik notes, this would require a special assessment, and depending on the severity of the claim, a hefty chunk of change as well.

Demos advises that associations not be solely driven by price when making an informed decision regarding their insurance policies. "Associations will look at a policy premium, and oftentimes think, 'This is cheaper, and thus probably a better value,' but that's not necessarily true," Demos says. "I think that it's important to do a side-by-side comparison of the key elements of coverage required by an association. It might find out that, out of comparative quotes, one has a higher deductible than the other, or one does not provide water/sewer backup. When it comes to ordinance & law, I've encountered a carrier that will provide basic limits of $25,000 for [coverage of the undamaged portion of a property, demolition costs, and increased costs of construction] combined, which won't sufficiently pay for anything, nor will it help the association in any way. But the premium is cheaper, and thus associations will buy it, believing that they're now sufficiently insured. They only realize that this is not the case is when they encounter a loss, and learn that they weren't covered appropriately, which I've seen—often."

It's also important for an association to remember that an insurance agent is a vendor who works for them, thus they are calling the shots, regardless of their insurance expertise, or lack thereof. Collins urges boards to not be fooled by less-than-upstanding agents who try to dazzle them with complex legalese. "Sometimes you can't even follow these contracts because they're so dense," he says. "Don't let your agent breeze by any potentially pertinent information. Make them work for you. If it seems as if they're doing a rush job, don't hesitate to consult other options."

One important thing to remember about all insurance policies is that absolutely none of them are free, nor can they be won as in a raffle. An association must spend substantial time analyzing its budget and seriously contemplating the needs of both board and constituents. Fortunately, resources exist for associations to consult when shopping for the most qualified professional, The Chicagoland Cooperator, among them.

"Board members and managers can always attend Community Associations Institute (CAI) functions or homeowner's forums to help them get a better understanding of insurance coverages and limits," says Rumachik. The Chicagoland Cooperator's Condo, HOA, Co-op & Apartment Expo also regularly draws top-tier insurance talent to its semi-annual shindigs. Mark your calendars for the Chicagoland Fall Expo, which will take place at the Navy Pier Convention Center, on Wednesday, November 18, 2015. The Chicagoland Spring Expo will return to the Donald E. Stephens Convention Center in Rosemont, Illinois on Wednesday, May 18, 2016.

Should one not want to leave his or her home? No problem. As Demos notes, "Even doing a simple Google search for 'what insurance should a community association have?' will yield many resources, from law firms authoring articles to insurance agents who specialize in associations."

It's always important for a board to remember that its job isn't to have a reasoned answer on hand for every major decision. Its true role is to be prepared to ask the important questions, and explore every avenue before making an informed decision that benefits everyone in the community. By aligning itself with a specialized, community association-focused insurance professional, and doing the necessary homework, an association can navigate the insurance maze with aplomb, bringing home coverage that will protect everyone in the event of a calamity.

Michael Odenthal is a staff writer for The Chicagoland Cooperator. Freelance writer George Leposky contributed to this article.