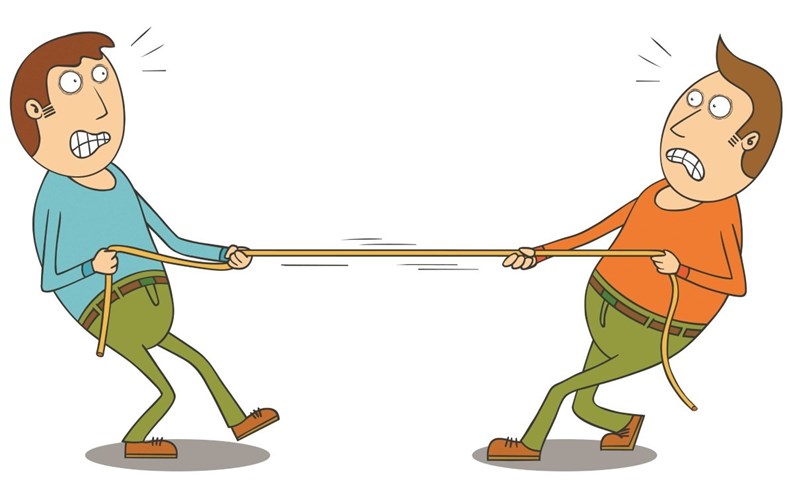 Can’t we all just get along? It's a million-dollar question. When someone moves into  a community, they often look for the friendliness and camaraderie that living  in an association brings. But with many personalities often butting heads on  everyday living situations, it can often get tense and things can go awry.  Neighbors argue with each other, associations complain about residents and  residents complain about associations. Minor issues can often be settled  quickly and cordially without involving anyone beyond the disagreeing parties.  But that's not always the case. And when it isn't, things get tricky.

Many disputes can arise between residents. “It could be anything from noise, there being a dispute over assessments owed,  use of a common area, disputes over interpretation of declarations or bylaws,” says Matt Lacy, the Chicago regional liaison for the American Arbitration  Association (AAA). Problems between residents have a greater chance to get  resolved quickly, since property managers can act as a third party. A good  property manager can use his or her authority within the building to resolve an  issue without the need of outside help.

Disputes between residents and boards can get complicated quickly, since  emotions can run high if residents feel wronged by a board's use of their  authority. If a resolution can't be reached, the use of a property manager as a  third party can also prove to be problematic, since managers tend to work much  more closely with boards, and tend to side with them. Due to such conflicts of  interests, the opposing parties will usually seek outside help in such a  situation.

“Something that really gains the ire of unit owners is the passage of special  assessments. Because now the board is spending at a time you didn't expect to  spend it, and you might not agree on what they're spending it on. And they  might challenge the board's authority on their ability to pass assessments,  says David Hartwell, managing partner of the Chicago-based community  association law firm of Penland & Hartwell, LLC.

In such cases, residents may feel strongly about their case, but when it comes  to assessments, state law is quite clear. “The Illinois Condominium Property Act was changed a few years back, that says  now the authority to pass special assessments rests solely with the board of  directors,” says Hartwell. Residents would be smart in such cases to seek legal counsel  before they threaten litigation or even arbitration.

Cases of discrimination are particularly common in Illinois since the Illinois  Department of Human Rights allows individuals to file complaints free of  charge. “There's a lot of times people claim that they're handicapped, and they deserve  some type of special treatment. Often there's a back story that there's  conflict between the unit owner and the board. So when the board gets this kind  of request or complaint, they see it as nothing more than the unit owner  lashing out against a board. Those turn into big wars,” says Hartwell.

If two parties can't achieve detente on their own or with the help of their  community's manager, an outside referee or authority may be needed. It's not  always necessary to lawyer up and start litigating, even if early attempts at a  resolution have been unsuccessful. One effective (and much less expensive)  option is Alternative Dispute Resolution, or ADR. There are several ADR options  available to Illinois residents to come to an agreement. But, whomever you talk  to you—attorneys, arbitration experts, mediators—they will tell you the same thing. The less willing you are to compromise the  more difficult the process will be. And the longer you hold out, the more you  will pay.

The best first choice of ADR is mediation. “Mediation can preserve relationships. It can help resolve the conflict and avoid  the bad stuff that will arise when one party starts suing the other,” says Jill Tanz, founding partner of Chicago Mediation, LLC.

According to Tanz, mediation is under-utilized in Illinois since it's not often  used by courts. “I don't think mediation is used as fully as it could be. People don't think of  using mediation in Illinois to avoid going to court. In other states, mediation  is required by the courts, and are much more likely to consider it. Mediation  can save you a lot of time and money,” says Tanz.

You don't even need legal representation to go through the mediation process. “Mediation can always occur if both sides agree to it,” says Tanz. Unlike litigation or arbitration, mediation still denotes a level of  cooperation, since the resolution is legally non-binding. “The power of deciding on the settlement stays with the parties,” says Tanz.

Mediators charge an hourly rate usually less than or equal to the average rate  of an attorney, and the opposing parties split the cost. “Mediation gets a neutral independent third party involved, where they can  confidentially talk to all parties involved and work out a settlement,” says Lacy. “Generally mediation's cheaper, if you're able to get it settled that way. AAA  would encourage mediation for these kinds of disputes. Unfortunately, if the  issues are so technical, or people simply can't agree, that's when you see  people filing for arbitration,” says Lacy.

Arbitration involves much more legwork, and oftentimes comes as a last ditch  effort to avoid the exorbitant fees of going to court. “When you file a lawsuit, both sides are going to be incurring attorney’s fees right off the bat just to file. When you have to go to trial and you need  depositions and trial work, you're talking about substantial hours of legal  work,” says Tanz.

In order to enter arbitration, both parties will still almost always need legal  counsel and be responsible for the arbitrator's fee—but it pales in comparison to fees incurred from lawsuits. Unlike mediation,  arbitration is legally binding, and once the settlement is determined by the  arbitrator, both sides have no right to alter it in any way. They are simply  legally obligated to follow it.

In the past, says Hartwell, attorneys and their clients commonly tried to avoid  arbitration. “More often than not, the arbitrator would kind of just split the baby and move  on,” he says. But because the process to file lawsuits, especially in Cook County,  has become so cumbersome, many are turning to arbitration as a way to bury the  hatchet. “As a result, the arbitration associations have stocked themselves with some  really fine arbitrators,” says Hartwell. “Instead of them coming in and giving you a blank stare for a couple days and  then rendering you a sort of middle play order, they're making good decisions.”

“From my perspective, arbitrators are great. I think there are a lot of lawyers  that would shy away from them because they can't make as much money. But if  you're going to work for the benefit of your client, you'd like to get into  arbitration,” says Hartwell.

What Does it Cost?

The costs of both arbitration and mediation proceedings are generally less as  compared with court litigation. Mediators normally charge about $250 per hour  and the case can be resolved in one day. Litigation can last for years and the  number of billable hours charged by attorneys can be enormous. And while  arbitration can be a big money saver compared to litigation, it's still not  cheap. While mediation can often include the counsel of attorneys, it doesn't  have to. Since arbitration is binding, both parties will almost always require  legal aid. Arbitration tends to last a few days, and Lacy recommends that a  building should establish guidelines on how costs will be covered before, so  it's not a sticking point when the arbitration process begins.

If you’re not prepared to spend $50,000 to $100,000 to go to litigation, you better  find an alternative way. Mediation is a very inexpensive way to try and resolve  problems. The idea of ADR is that when people start really talking to one  another, they understand what’s important and worth fighting for, and what isn’t.

There are countless cases of successful mediation and arbitration each year  involving arguments between associations and their members. Parking disputes,  election disputes, satellite dish cases, landscaping cases and cases of all  kinds are successfully mediated and/or arbitrated all the time.

Ultimately, it pays to sit down and talk it out, says Hartwell. Alternative  dispute resolution offers that opportunity to talk, listen and live  harmoniously in the same community. But the best way to resolve a conflict is  to avoid ADR altogether.

If a resident feels wronged or sees an issue crop up, “the first step is try to seek help or address a complaint at a level for which  the complaint demands,” says Hartwell. “What you see all too often is that the complainant overstates the complaint to a  point where a quick and simple resolution might no longer be attainable. And as  a result, that just ratchets up the defense of the other side. For example,  when a unit owner goes to a property manager with a complaint and says, 'Well,  I'm going to get my lawyer on this,' most property managers immediately clam up  and say 'I'm not going to talk to you anymore, you need to talk to the  association's lawyer.' So immediately they've eliminated the possibility of  resolving this at a lower level,” says Hartwell.

And remember, “no issue is black and white. Even if you get into litigation, 90 percent of the  time it ends in a settlement, which means there's been a compromise on both  sides,” says Hartwell.

Association boards, property managers and residents alike should know from the  start that even if they're 100 percent right, they will have to reach a  compromise at some point. The longer it takes to realize this, the more money  and personal relationships you are likely to lose.

Sometimes it’s helpful to give warring parties their “day-in-court” informally without having to actually step into a courtroom.

Lisa Iannucci is a freelance writer and a frequent contributor to The  Chicagoland Cooperator. Editorial Assistant Tom Lisi contributed to this  article.

Normalchef on Secondhand Smoke Complaints:
For a rental, if its in a lease then it means that the neighbor is in violation. I alerted the landlord about my neighbor’s smoke and how i…
Brenda Scrutchions on Communicate...and then OVERcommunicate:
If required/requested work is months not being addressed can I send email to owners of management company?
Kaman & Cusimano, LLC on Handling Harassment:
Your final paragraph is perfect and sums up many situations. Also, you mention that some people think they are simply having a conversation…
Flaherty Kathleen on Secondhand Smoke Complaints:
I suggest that anyone in this situation check out their local smoke bans (city, county, state). An increasing number of municipalities have…
Cynthia U Watkins on Communicate...and then OVERcommunicate:
Great article