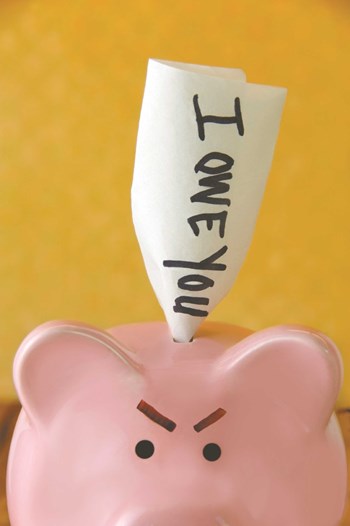 In the tough economic environment we've been struggling through over the past  few years, many condo owners have faced job loss, pay cuts, or just financial  uncertainty. Unfortunately, the sign of the times sometimes leads to an owner  not paying their common charges.

“I definitely say that in the last five years, owners not paying assessments and  being delinquent has become a problem,” says Gail Filkowski, CMCA, director of sales and marketing at American  Community Management in Schaumburg. “Five years ago, management companies were inundated with requests for paid  assessment letters and sales packets. Today we are constantly sending out late  notices and records to the attorney for collections. And if you even wanted to  go back 5 to 10 years ago, I didn't really see many line items in budgets for  bad debt, while today we have to encourage a lot of communities with high  delinquencies to budget for an amount that they simply aren't going to get in  assessment payments.”

A tough job market may be the biggest reason for late or skipped payments.

“I think that job loss is the most common reason for people to stop paying  assessments,” says Filkowski. “They're kind of forced to choose what bills to pay, and assessments are at the  bottom of the list after groceries, utilities, and car payments. Also today  with so many foreclosures happening, homeowners will frequently just stop  paying assessments as well. They think making an assessment payment might be  pointless if they're eventually going to lose their home to foreclosure, which  is frustrating for a property manager because a lot of homeowners don't quite  understand that, actually, the consequences of not paying your assessments can  lead to the association obtaining an order of possession, and if they actually  want to follow through, evicting that homeowner a lot faster. Then, that  homeowner might lose their home in a foreclosure,”

Associations should have a written procedure that is disseminated to everyone so  that residents know exactly the way things are done—and more importantly, that things are done consistently for all unit owners.

“The association has to have a set policy,” says Scott Seger, property manager at Forth Group in Chicago. “And that's what we stress to our managers and our properties, too, is not to  sort of randomly say, "Okay, well for this guy, we're gonna do this. And this  guy, we're gonna do that." The policy is this; at 45 days this happens; at 90  days this happens. If you want to have a payment plan, this is the payment  plan. So the board's not sort of arbitrarily deciding those things, saying,  'Oh, for this guy we'll do this thing, and this guy we'll do that thing,'  because they could get sued for that.”

Each association may have a different procedure in place for notification and  collection of late payments. It is crucial that communities communicate to  residents of the consequences that exist for delinquencies.

“I think communication is really important even before an owner misses a payment,  communicating is key,” says Filkowski. “We publish community collection policy by distributing it to owners in a  newsletter, or on their website—just reminding owners what can happen if they fail to make their payments. That  might prevent the delinquency and encourage owners to contact property  management if they think they may become delinquent. So, if you're a homeowner  who has lost a job, call me and let's establish a dialogue and reach some sort  of an agreement before you get too far behind to catch up on your assessments.”

“Our advice to most properties is to definitely have late fees right away every  month. It's up to each property to develop their policy, but it has to be  consistent. Our recommendation is after 45 days, that they have some kind of a  letter going out, or possibly a collection service get involved,” suggests Seger.

Once you approach 90 days without any success, it is time to utilize legal  resources.

“When the amount starts building up to higher amounts and you get into the 90  days or greater, that's when we advise them to sort of get their attorney  involved and start a legal action to collect the debt,” he says, adding that associations should act right away before the balance gets  too large. “Let's say you let people build up a big balance of $2,000 or $3,000—then it becomes less likely that they're ever going to pay it off. Whereas, if  you stay on top of it, it's more likely that they'll pay the association; maybe  not pay somebody else.”

An association’s best method for striking fear into a delinquent payer to collect common charge  arrears is filing a lien against the unit and foreclosing on it. After all,  once filed, the lien will protect the condo by blocking the unit owner from  selling or refinancing their unit without first paying off his or her arrears  to the condo association.

Even the best run condos will most likely face delinquencies and both Seger and  Filkowski observe that high-end and luxury condos are not immune from the  problem.

“I don't think really any community is immune from financial distress today,” observes Filkowski. “The possible difference between a luxury and a non-luxury property would be the  services that could potentially be cut out. Like a downtown luxury property  with high delinquencies might say let's cut back on door staff, whereas I've  seen some communities in the suburbs scale back on landscape enhancements. So I  see those differences, but definitely not a difference in who is being hit with  delinquencies.”

Seger notes that the smaller (rather than the more affluent) associations are  the ones having more difficulty keeping up. “If you have smaller buildings that are newer and people got in over their heads  with mortgages, it has a much bigger impact. So if you're a 20-unit building  and five people aren't paying, it's 25 percent—and that's a big part of the budget. If you have a 200-unit building and 10  people aren't paying, it's not such a big deal. So, it just property by  property. For some properties, they definitely have very difficult financial  situations that have definitely impeded their ability to build reserves, do  projects, keep their property maintained. And it puts a lot of burden on the  people who are paying, because it really shifts the burden onto them,” he says.

With a sluggish economy and just recovering job market, it is probable that unit  owners may have difficulty making payments. As an association, it is crucial to  develop and communicate a uniform collection policy that will aid residents and  the community in getting back on track financially.

Keith Loria is a freelance writer and a frequent contributor to The Chicagoland  Cooperator. Editorial Assistant Maggie Puniewska contributed to this article. 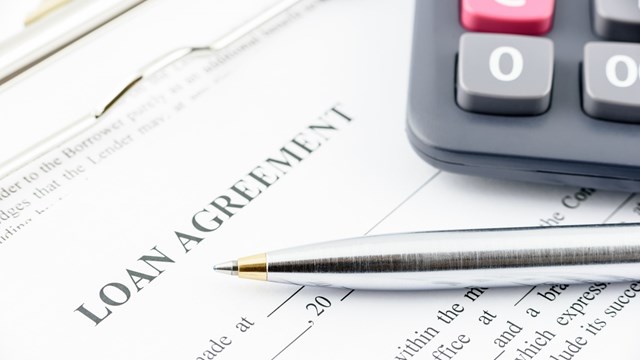