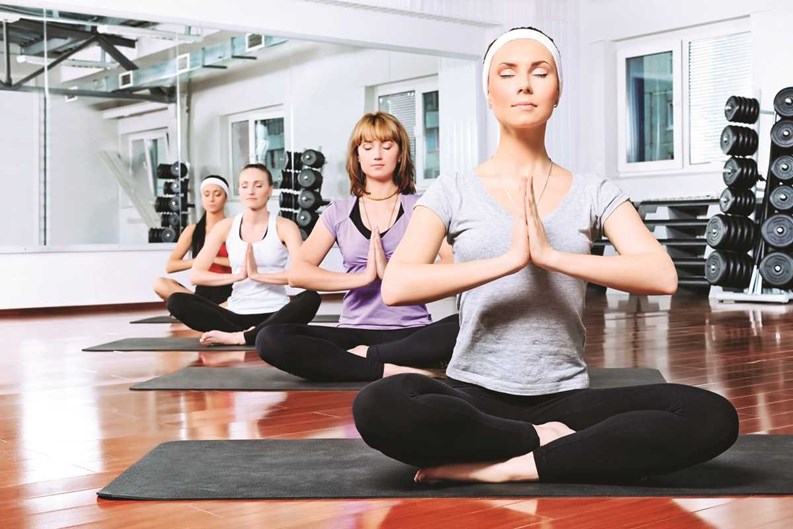 The dust has mostly settled from the recession, and the market sector that caters to clientele with deep pockets is becoming one of the strongest parts of the American economy. Bigger is better, and glamor definitely sells when it comes to high-rise amenities in Chicagoland’s condominiums and apartment buildings.

And while the region's real estate market is hot and booming—and has been that way for months—it can never hurt to have the 'x-factor' that will pique buyers' interests and raise owners' investment value. And in a high-rise building, that x-factor might just be an amazing amenity—the more creative and innovative, the better for attracting new residents. Not so long ago, simply having a gym in a building plus a business center was a great amenity. Now? That’s standard.

Today’s discerning buyers look for certain luxuries and expect them in the units they seek to purchase. Now it's all about having an Equinox fitness center, says Amanda Cohen, marketing coordinator at Homescout Realty, a full-service real estate company based in Chicago.

She says that the building at 500 North Lake Shore Drive has a residents-only fitness center by Equinox inside, complete with state-of-the-art cardio and weight training equipment, as well as a yoga area—all with floor-to-ceiling windows—so residents get a high-end gym, complete with some of the best personal trainers in the Windy City—right inside their building.

The building also has a fully-stocked library overlooking Lake Michigan, with a fireplace and seating areas; a sports center with dual TV screens and a wet bar, a game room with a billiards table, card table, shuffleboard and video games; a café offering Starbucks coffee; valet dry cleaning; a dog care facility; and an outdoor kitchen, amongst other amenities.

“Right now, there’s so much awesome real estate out there that each building is trying to brand themselves to create an image and stand out amongst the other ones—thinking of a crazy cool amenity to pique people’s interest and get units filled,” Cohen says. But standing out in Chicago is getting harder all the time, with each new building offering better amenities than the last new construction offered. “I feel like every new Chicago luxury apartment is trying to one-up another,” Cohen says.

Sure, it’s got the stunning outdoor pool, a 22,000-square-foot rooftop deck with a fire pit and lounge areas, and the huge outdoor screening television so residents can view a football game or a movie without budging from the pool or deck.

But that’s just the beginning.

They’ve also got a golf stimulator, a private dog park and pet wash, electric car charging stations, a private theater, a private dining room with ample seating complete with a fireplace, a clubroom with a gourmet kitchen—and, of course, the private yoga/Pilates studio.

At Astoria Tower in the South Loop, residents didn’t have to leave the building when the temperature dropped well below the freezing mark this winter, says Tessa Olson, the building’s leasing agent. Instead of trekking through the snow, residents swam in the heated indoor pool, hung out in the coed sauna, the dry sauna, or inside one of the two steam saunas. Or they may have gotten their hair cut in the on-site salon. Perhaps they indulged in a massage or got a facial. “I think the amenities here are a pretty big deal, especially with this winter,” Olson says.

The summer amenities are also popular, too. Astoria Tower does community events once a month, which may include sandwich tastings from the popular Jersey Mike’s Subs, European wax parties or barbecues. “Everyone in the building is invited,” Olson says. “It’s a draw.”

“We’ve got everything you could imagine,” says Charlie Arnold, leasing consultant for Alta. “For convenience, it’s a growing trend. People can have everything on site.” And when Chicago froze over, Arnold says, everyone simply headed up to the 8th floor and went on with their days as if all was normal.

At Grand Plaza in River North, developers strove to make their building feel like a luxury resort, so they built in a club floor featuring 50,000 square feet of indoor and outdoor amenities. Included are a library, a running track, a business center, a WiFi-enabled indoor pool (in case you want to work atop a floating structure), a party room, a Jewel supermarket, a barbecue area with gas grills and dining tables, and a clubroom, complete with a billiards room and TV. There's even an indoor resistance pool for lap-swimming and soothing sore muscles. They also have outdoor putting greens where you can perfect your game at no charge, or you can impress clients with your golfing prowess.

By now, certain amenities are expected of high-rises, says Brian Grienenberger, a real estate broker with Dream Town Realty in Lincoln Square. Doormen and exercise rooms are standard. Pools have become common in bigger buildings, and people like to see dry cleaners, delis and other common conveniences that make life easier so they don’t need to travel so far for basics.

But other conveniences that were common in buildings just five or 10 years ago have become outdated. “I find that business centers are often put in, and are underutilized now,” Grienenberger says.

Other amenities that are less common are opt-in amenities such as a maid service.

“These are those things you’re going to pay for but they’re not very common because they’re very expensive,” he says. Opt-in services are more commonly found in high-end buildings connected to a hotel, such as Trump Tower. Residents can pay extra for these amenities because the hotel is already offering them to their guests, and it’s easy for the hotel to set them up for the condo residents as well, Grienenberger says.

Speaking of Trump Tower, maid service isn’t the only high-end amenity that the building offers its residents. They also have a private dog run, a Michelin-rated restaurant, a swanky spa, a health club, a huge pool, an outdoor dining terrace, room service, dog walking services and fitness training.

Some condo buildings are simply looking to trendy amenities to draw in the younger, hipper crowds. At One Superior Place, they’ve got a Fly Wheel spinning studio in the building, in addition to a Whole Foods market (shopping carts are allowed to be taken right up to your condo unit to make unloading groceries easier), a dry cleaners and complimentary coffee in the lobby. There's a pet park for dog owners, and for those who want to party without leaving the comfort of home, they have a multipurpose club room. The pool deck has fire pits and gas grills to keep the party going out of doors.

While the economy may not be quite back to its previous robustness, amenities are as popular and as in-demand as they ever were for people who want to live in a high-rise building, Grienenberger says. Those who want to live in smaller buildings are a different type of buyer, and choose those buildings because they want to pay lower assessments, and aren't so concerned about extras and perks.

And amenities aren't limited to just the condo market. When the economy tanked during the recession, the high-end rental market in Chicago saw a significant uptick, and new rental buildings in the Windy City were developed.

“People have to live somewhere and there were plenty of people doing well, but were less confident in buying—so they made high-end rentals with high-end amenities, and now there are plenty of those,” Grienenberger says. “There are a handful that popped up in the last 5 or 6 years.”

Those looking to move into places with glamorous amenities tend to be clients who currently live in Chicago, who have a very high income and want to upgrade and splurge, according to Cohen. “They are a very high income business professional,” she says.

The Cost of Convenience

Every amenity comes at a cost, however, Grienenberger says—and that’s why high-end buildings have higher fees and assessments than smaller or more modestly appointed condo buildings.

Some of the trickle-down costs associated with certain amenities have more to do with the cost of maintaining them than they do with any notions of status or exclusivity. If a building has a pool, the community must defray the cost of insurance, and must cover the high maintenance cost for the pool itself. If they have an in-house salon, they may have to pay salaries for workers, regardless of whether the workers are booked for a particular time slot. There are heating and cooling bills for pools and amenity floors, there’s upkeep for video and media rooms, and there are salaries to pay for supervisory staff as well.

In the end, money can’t buy love, but at least you know it can pay for amenities, which can sometimes be just as good—especially when it comes to adding value, attracting new buyers and retaining residents.