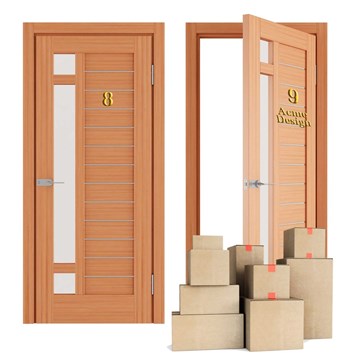 Many aspects of the American work landscape have changed radically in the last two decades. As the service and information economies have overtaken manufacturing and other more traditional forms of labor, the old 9-to-5, office-bound workday model has shifted as well.

Even back in 2000, the U.S. Small Business Administration (SBA) estimated that home businesses accounted for more than 50 percent of all U.S. firms, and generated more than 10 percent of the nation's revenue. Those figures have grown exponentially as more people are working out of their homes than ever before—according to the U.S. Census Bureau, about 13.4 million people currently work from home in the United States. That's about 4 million more Americans since 1999. And that number is growing, as more big businesses realize the advantages, in terms of economics and productivity, of having employees stay home.

While home-based businesses have been a boon to many entrepreneurs, in some cases the practice poses challenges for the buildings and HOAs they live—and work—in. This is doubly true in Chicago, where so many condos are zoned for live/work. How do associations handle these challenges? How much work are residents allowed to do at home, and what kind? What recourse do HOAs have when office use crosses the line into violating the governing documents—or, worse, the law?

America has always been a country where the residential and the commercial overlap. Indeed, it was this tradition of blending work and home that prompted 1st Ward Alderman Joe Moreno to alter a zoning law last year that now allows owners of certain commercial storefront properties to live in them, too. “It’s how Chicago was built,” he said at the time. “Family in the back. Store in the front.”

It’s not just the treacle of nostalgia that inspires politicians and others in positions of power to argue for live/work zoning. As Moreno pointed out, affording small business owners the option of living where they work often spelled the difference between a business succeeding or failing. And when these businesses succeed, they can succeed spectacularly.

“Many great companies such as Apple Computer started out as home-based businesses,” says Marianne Markowitz, regional administrator of the U.S. Small Business Administration. “SBA has capital and counseling assistance to help these businesses grow.”

Benefits of live/work zoning are not confined to small business owners who occupy the buildings. Real estate developers learned during the recent recession of the mid-2000s that a slight tweak in zoning, from residential to live/work, made hard-to-move condo units that much more desirable to buyers. This can be a boon to everyone in the building, even those who use the premises only to sleep, eat, do laundry, and watch TV. In an HOA, nothing is more ominous than a half-vacant building. Better a small law firm in the building, paying dues in full and on time, than a foreclosed unit.

The difficulty comes when a small business springs up in a condo that isn’t zoned for live/work. “Chicago has zoning ordinances that can prohibit office use in residential buildings,” says Jim Stoller, a licensed architect and president of The Building Group, a management company. “Anyone thinking of using a residential condo for typical office use may have a problem. They have to check the association’s governing documents to see if it’s allowed.”

As with most ordinances, there are nuances to live/work rules. All of us “work” from home at times, whether we want to or not. There is a difference between, say, a graphic designer tinkering with Photoshop by herself and an import/export company that deals in firearms. “Most buildings allow someone to have a home office,” Stoller says. “If it’s a writer, who’s writing at home—that’s not an issue. The problems happen when there are visitors to the property.”

Visitors can be employees of a small business—a bookkeeper, a personal assistant, a master craftsmen—or, more thornily, customers, clients, or vendors. It’s one thing for a successful actor to have his personal assistant drop by the condo every day; it’s another for an attorney, who represents drug dealers and petty criminals to see his clients in the building.

“A psychiatrist seeing patients, a call girl seeing clients—we had to shut it down,” Stoller recalls. Prostitution, in particular, takes place where you’d least expect. “It happens in very fancy buildings,” Stoller says. And while houses of ill repute—especially high-end ones—tend to be discreet, one of the dangers of prostitution is the threat of violence. Another is that it’s illegal. (The way to stop an escort service from operating out of a residential building is simple: hire a security guard to take down the driver’s license numbers of all visitors to the building. In 48 hours, all prostitution will cease).

Most violations of the prohibition of office use on residential property are not quite that colorful. “Although our data on home-based business growth is more national in scope, I can report that the top two sectors in this area are construction and professional, scientific and tech services,” Markowitz reports.

“Seventy percent of all construction businesses are home-based, and 63.1% of all professional, scientific and tech services are home-based.” The lion’s share of violations are operations that began as one-man businesses in those and other areas, and then blew up enough to require more staff. This is good for the overall economy, but a potential risk to the residents of the condo.

“The main issue is security,” Stoller says, “the number of people coming into and out of the building.” The residents of a building have a vested interest in keeping the building secure. Employees of a business in the building, far less so. And men going to see call girls? Not exactly secure.

That all holds for buildings that are exclusively residential in usage. But there are some neighborhoods of Chicago that are zoned for live/work—along the West Loop, for example—and running a business from a condo is both approved by the city and written into the governing documents of the HOA. Advertising agencies, law firms and financial services companies are among the many kinds of businesses that are run from residential buildings in Chicago. While small businesses like those have employees who come and go from the premises every day, the number of visitors who are not employees tends to be smaller. This is not always the case.

Stoller tells of one live/work building that was the headquarters of a casting agency. “They would do casting calls,” he says, “and the lines were out the door and around the building: six-year-old girls, beer-drinking men, young models, whatever they were casting for.” Some residents were not thrilled with the throng of would-be working actors and actresses lining up out front, but because the building was live/work, and because business use was codified in the bylaws, there was nothing they could legally do.”

While there are obvious benefits to live/work—as well as benefits to making, say, the first few floors of a high-rise building live/work, and the rest residential—there is always more risk associated with live/work, for reasons we have seen. HOAs must be vigilant in dealing with residents seeking to skirt these rules. They are there for the safety and security of everyone in the building. But this can be more difficult than it may first appear.

“Sometimes, people are sneaky,” Stoller says. “You have to catch them in the act, and that can be difficult, especially in buildings without door staff. You may have to play detective.” Among the techniques used: having other residents sign affidavits, setting up cameras and tape recorders, and hiring temporary security guards. And when violations are discovered, HOAs have legal remedies or other recourse.

While HOAs lack the muscle of co-op boards, they can still inflict pain on residents who defy the rules. Associations can levy fines when rules are broken. And if the violation continues, the HOA can take the offending party to court. “If they don’t stop, per the governing documents of most buildings, you have to go to court,” Stoller explains.

Even court can be an annoyance. Stoller recalls one woman whose business had to be shut down with a court order. Her business? Running a call center for an escort service. “She was not at all embarrassed by the nature of her business. She felt she had the capacity to use the space, just as other residents did,” he says. “The judge did not agree.”