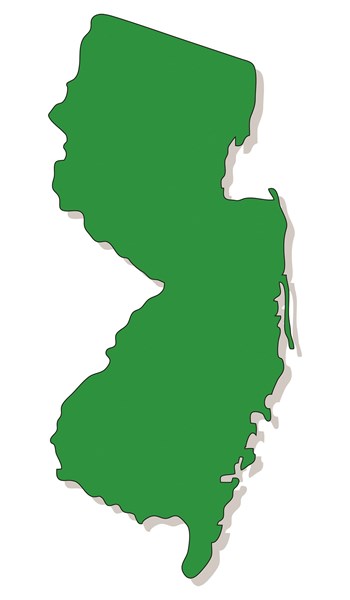 Americans today are moving toward a more well-developed awareness of the environment, and what it takes to protect and preserve Earth’s natural resources. City dwellers and suburbanites alike typically recycle paper, plastic, and glass, and now more than ever, look to conserve energy whenever possible. Some even garden and compost.

The environmental movement didn’t start with this enlightened generation, or even a generation or two prior. In one form or another, various groups and organizations have been advocating for preservation and conservation since the 19th century.

When Green was Green

The American environmental movement first began to take shape in the early 1830s, when Henry David Thoreau authored his novel, Maine Woods.He called for conservation of and respect for nature, along with federal preservation of virgin forest. By the 1860s, the United States government had already begun to create parks and to set aside wild lands for public good. Yosemite became the first national park in 1872, the same year the Audubon Society was founded. The Sierra Club was formed in 1892, and the Forest Reserve Act was ratified before the century was out. President Theodore Roosevelt visited Yosemite in 1903 and popularized conservation as a responsibility of government. By 1916, the National Park Service was established and Americans were starting to show concern for the destructive effects industry made on nature.

The Rise of the Green Movement

The national parks movement lost some steam as the 20th century wore on. With two world wars and the Great Depression to contend with, environmentalism did not remain a concern for most Americans or for the federal government during the first half of the 1900s. Manufacturing catapulted the American economy onto the global stage, and with it came scores of new chemical treatments and processes. At the time, the public was unaware of any ill health effects, and a growing nation with millions of new jobs took precedence over thoughtful sustainability measures. It would take a freak event in Pennsylvania in 1948 to prompt a national outcry and fuel new concerns for more personal issues like clean air.

In October of 1948, a lethal “fog” formed over the town of Donora, Pennsylvania when weather conditions trapped a haze of dangerous chemicals from American Steel & Wire and Donora Zinc Works over the town. By the time rain dispersed the fog, 20 people were dead and 7,000 were ill or otherwise affected; the ghastly event raised public awareness nationwide, and once again Americans embraced environmental causes.

The beginning of the modern “green” movement could be traced to the founding of the Environmental Protection Agency (EPA) in 1970. Rachel Carson’s book Silent Spring, which covered the dangers of pesticides, also reached an eager audience during this era, leading to numerous steps at state and federal levels to clean up the environment. New laws including the National Environmental Policy Act, the Clean Air Act, the banning of DDT, the Water Pollution Control Act, and the Endangered Species Act were put into place, and Earth Day was established.

In the 21st century, Americans are even more interested in efficient living. Thanks to ongoing research and development, eco-friendly lifestyles are possible not only in single family homes, but also in co-ops, condominiums, and other multifamily dwellings.

There is an old adage about blooming where you are planted, which loosely translates to “Do the best you can where you are.” This is definitely true for older condos, co-ops, and multifamily properties. Local governments are generally responsible for property development, and as such they recognize the impact construction and renovation have on the surrounding environment. Laws continue to change at local, state, and federal levels to facilitate and guarantee positive changes. For almost a decade now, green building guidelines have been modeled on a rating system known as Leadership in Energy and Environmental Design, or LEED. The LEED system was developed by the U.S. Green Building Council to promote green residential and commercial building construction.

When it comes to eco-friendly improvements, older multifamily dwellings may require more creative efforts to achieve environmentally sound policies and practices, but small collective efforts do equal positive changes. No one can do everything, but everyone can do something to protect the environment and to conserve resources.

Over the past decade or so, many strides have been made in regard to green and sustainable building materials, methods and technology. Between government incentives to build with one eye on the environment and the advent of items like thermal windows and solar roofing, the conservation movement in Illinois of late has been "very successful," according to Norm Hansen, president of Energy USA in Winfield.

One of the most significant developments in the proliferation of sustainable technologies has been in the lighting market, where they're currently "revolutionizing energy tech," according to Hansen. Incandescent bulbs and LEDs are everywhere, from home light fixtures to automobiles, he notes. "These lights pay for themselves in about a year or two," he says. "There are a lot of homes and commercial buildings wherein lighting is a major cost, so an economical and conservative alternative is a particularly exciting innovation."

Smart meters have also changed the way multifamily residents distribute their power usage, as they allow temperature to be controlled remotely as weather dictates. "They're easy to install, and can be adjusted anywhere," raves Hansen. "In the past, people had to physically turn up or down the heat, but now things are much more efficient." Considering issues like pet care, or just keeping your room temperature at a comfortable and satisfactory level can be done with ease, and without utilizing any excess electricity in an owner's absence.

As with anything new, there are some hurdles between an association considering going green and one actually making notable steps toward an environmentally friendly way of living. For one, the overhead can be considerably more expensive than whatever power source an association has in place. And with power sources like solar or wind, there's an obvious intermittence at play that doesn't exist with, say, electrical wiring. "Solar energy is obviously pronounced when the sky is clear, while wind needs to be reliably blowing in order to be viable as a power source," says Hansen. "If you look at their respective capacities, they're really only prominent 30% of the time."

When considering adopting an alternate energy source, an association is going to be looking for a return on investment first and foremost. So, a major energy change that looks to pay for itself within a year or two is likely to be an easier sell than something that won't prove economically beneficial for five or even ten years. If the payoff is more than a couple years down the road, particularly in communities with younger residents, the long-term commitment will be a hard sell, says Hansen.

Landscaping is another area ripe for energy-based savings. For starters, water usage is one of the single biggest factors in community living. It can erode and give life in equal measure, and how a property disseminates and utilizes it can have a big effect on that community's environmental contributions—as well as on its expenses. "Water issues are important in any region, but particularly somewhere like Chicago, where much of the storm water is diverted downstream and thus does not replenish the local supply," explains Casimir Kujawa, a principal with Range Design & Architecture in Chicago. "There are several options for handling storm water in a responsible way," he continues. "Using deep-rooted landscaping to absorb more rainwater, employing bio-swales, or installing a cistern that will store the water for irrigation purposes at a later time can all be environmentally friendly and economical ways to make water work for a community."

Illinois' energy strategies don't just affect the populace at a local level. With alternative energy as a hot topic in the current media landscape, everything done in America on a micro level has ramifications for countries who are looking to the U.S. as a thought leader.

One measure of Illinois' significance is that the state contains more nuclear power plants than any other, and thus can present itself as an innovator in how communities embrace and change their approach toward nuclear power. According to Hansen, in the last ten years, plants have gone from being operable about 60 percent of the time to functioning at 95 percent capacity, due to "better management, an upgrade in personnel, and improved scheduling that reduces inconvenient outages and blackouts." Thus they're using the same level of manpower in a more efficient manner, producing more power at a lower cost.

And coal is going through some changes as well. Instead of burning it incessantly for power and releasing harmful gasses into the atmosphere, Hansen points out that coal can be a good source for various petrochemicals. An excess of the mineral can be mined for clothing and furniture—resources that can benefit countries that do not have our access to energy sources.

Let the Sun Shine In

“While solar has been growing by leaps and bounds across America, people living in condominiums and co-ops have largely been unable to participate,” says Kreiss. He explains that most associations have individual meters for each unit, making it cost prohibitive to provide solar for single condo units. Plus, most associations’ roofs will not support an adequate array of panels. Also, maintenance and aesthetics issues also come into play.

As many as 80 percent of individuals and small businesses are supportive of solar energy, but many can’t participate due to excess shade, renting rather than owning, or a roof that will not effectively support solar panels—not to mention the initial set-up fees can be prohibitive. Solar Gardens offers a viable solution, and a cost effective alternative to traditional energy sources.

Community Virtual Solar Gardens is a nationwide program developed by Community Green Energy (CGE) that allows condo owners to buy panels in a larger central solar array to offset their condo’s electric bill. Building a large central solar array reduces the cost of going solar substantially. Depending on the state, the solar electricity generated could be a financial credit in an owner’s bank account, on his or her electric bill.

An added benefit for the home owner is portability—in almost all cases you can take the benefits of ownership with you if you move. “With almost half the energy consumed stemming from heating and cooling, the initial design of any home should incorporate overhangs to block sunlight or maximize sunlight, depending on the season,” states Kreiss.

Whenever a board is faced with upgrades and repairs, a green alternative to traditional options should always be considered. Tax credits, as well as local, state, and federal laws should all be investigated. A board may obtain additional information from trade journals, industry professionals and trade shows, as multifamily buildings move toward effective ways to reduce a property’s carbon footprint.

Anne Childers is a freelance writer and frequent contributor to The Chicagoland Cooperator. Staff writer Michael Odenthal contributed to this article. 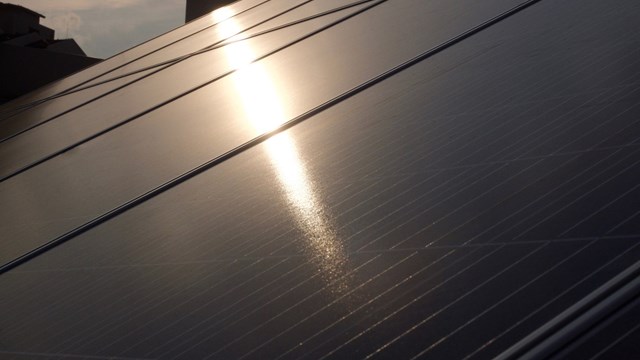 Can It Save Your Community Money?