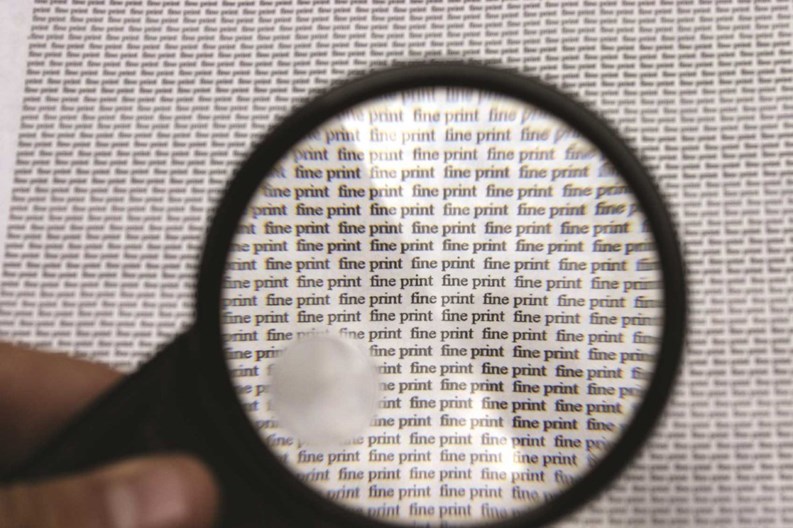 The catastrophic and tragic effects of the tornadoes that ripped through Oklahoma this past May resulted in 23 deaths and nearly $2 billion in damage. Natural disasters like these are on the rise, and serve to underscore the importance of having appropriate insurance policies in place—for both individual homeowners and homeowners associations alike. And while board members have a good grasp of common insurance coverage such as homeowners, liability and umbrella, there are other specialty insurance policies to consider.

“The biggest issue we see, especially in Chicago, is the underinsurance of older unique buildings. Insurance companies can generally penalize an association when the building is underinsured which is referred to as coinsurance,” says Jon Schildt, managing principal of Chicago-based Calculated Risk Advisors, LLC, a boutique risk consulting firm and professional liability insurance brokerage. “If a building is underinsured and property damage occurs, owners are often shocked when they find out that the damage will not be fully reimbursed.”

When looking into specialty insurance policies, it is often recommended to revisit existing policies to guarantee that all the proverbial ducks are in a row.

“Often when we take over buildings, we notice that the legal name of the condo building is not the same name as the insured party. If it’s not the exact legal name, insurance companies may have a way out of covering a loss which would obviously be a big problem to the board and the owners,” says Keith Hales, president of Hales Property Management, Inc. in Chicago. “The board should review the policy with an insurance consultant and their property manager to ensure that they are covered properly.”

In recent years there has been a growing trend towards buying “green” specialty insurance. More and more boards are looking into these policies; however, not all industry professionals agree with this approach.

“The green insurance products are more of a marketing ploy than anything else. If a building has solar panels or high-efficiency windows they should be taken into account when calculating the replacement cost of the building, just like any other improvement,” says Schildt. “There is nothing in a standard insurance policy excluding damage to a solar panel.”

Schildt explains that insurance companies are starting to offer endorsements, for an added cost, that will rebuild damage to the building to LEED specifications, but he added a caveat. “Claims where enough damage is done to require that level of construction are extremely rare and the coverage is likely to never come into play.” What is more important, he adds, is “ordinance or law,” which will cover the cost of rebuilding to current (often greener) building codes.

Hales notes that there are generally two types of insurance policies offered for green buildings. The first translates into a two to three percent increase in premiums, which covers higher up-front costs of green materials but guarantees that, in case of a loss, a conventional building will be rebuilt to green standards. The second policy type is offered to associations that are already considered a green building. The policy insures existing green modifications against loss.

Martin Stone, vice president of homeowner association management for HSR Property Services in Tinley Park, says that not one of the properties his company represents currently has a 'green' insurance policy. He added though that the movement is growing. “I would guess this is something that will grow in popularity in the next few years,” he says.

In a Flood Zone

The rise in natural disasters has caused significant changes in the way insurance policies are written and/or interpreted. This is perhaps best underscored by 2012’s Superstorm Sandy. The impacted Jersey Shore, for example, has been remapped in relation to flood zones. To this end, FEMA’s Flood Hazard Mapping Program identifies flood hazards, assesses flood risks and partners with states and communities to provide accurate flood hazard and risk data to guide mitigation actions.

“It’s my understanding that flood insurance is a separate policy and not included in any package. I am also relived to say that none of HSR’s properties lie within a flood zone or have to carry said additional policy,” says Stone. “Though, over the years, we have had a number of our properties get erroneously tagged in a flood zone and had to fight with FEMA to have their maps and designations corrected.”

Schildt explains that many flood prone rivers of northern Illinois are surrounded by flood zones but several areas of the city are not. “Most people forget that Chicago was originally a marshland and has been built on what is, in essence, a drained swamp,” he continues. “Because of the flat geography and abundance of concrete that prevents adequate runoff, flooding does happen well away from rivers. This means that a condominium association should carefully assess whether they should carry flood insurance for their property, even if they live outside a mandatory flood zone.”

And flood insurance doesn’t always relate directly to common, logical associations (e.g., heavy rains and rising rivers, etc.). “We’ve had an issue within a couple buildings now where a loss was experienced as a result of a sewer backup. Depending on the policy, some of the buildings were not covered as a result,” says Hales. “The Board of Directors is tasked with the responsibility of providing adequate insurance coverage pursuant to the Illinois Condo Act and their specific governing documents such as the declaration and bylaws for the building. This responsibility would typically include providing adequate flood insurance protection for all common property especially located in special flood hazard areas.”

“It is essential a board of directors know the difference between the Directors & Officers coverage that comes with their commercial liability package, versus the more comprehensive D&O they have to purchase as its own policy,” says Stone. “You would be surprised how few boards know this.”

Stone explains that he is currently working with an association located in Homer Glen, IL. The board tried saving the $1,500 annual cost by dropping the additional D&O policy. Eight months later the board was sued and the D&O included in their commercial liability policy didn’t cover the defense. “So the $1,500 they saved has ended up costing them almost $90,000 in less than two years,” says Stone “And the lawsuit is still in the discovery stages,” he says.

While the Illinois Condo Act requires every association to purchase property, liability, and D&O insurance, associations with more than six units are also required to carry fidelity/crime insurance. In addition to the standard policies, Schildt notes that network security is a “hot button” issue. “If an association takes online payment of dues and does not use an outsourced property manager for this, or stores sensitive information electronically,” he says they should consider some form of cyber insurance.

Stone adds that another relatively cheap specialty insurance policy is non-owned auto coverage. “It is lesser known or utilized, but important coverage that we recommend to our boards,” says Stone. “It protects the association in case a board member runs over someone while performing association business.” There also exists special insurance coverage for expensive building equipment. “Associations can get special endorsements for specific building equipment such as a boiler system, pool or HVAC equipment,” notes Hales.

When it comes to understanding what a board insurance policy covers as opposed to coverages held by a unit owner, a gray area often can exist. Sometimes it comes down to the amount of the deductible. Associations are required to insure the inside of the units up to original construction grade or to the original shell of the unit. However, unit owners should also carry a homeowner’s policy, says Stone. “The main reason is that the owner’s deductible is probably between $250 to $750 and the association’s deductible is likely between $1,000 and $10,000 or sometimes as much as $20,000.”

Since board members often change periodically, it is important to seek guidance to ensure that the proper policies are in place to cover all possible insurance claims.

“It is best to build a team of professionals that an association can call on with matters. This includes an accountant, a lawyer and an insurance broker. It is best to consult with a specialist in any matter that is unique or could give rise to disputes,” says Schildt. “Property managers can often reach out to their team but many associations are self-managed and having a team is often helpful.”

Operating a fair, open, and judicious board is the first line of defense against any lawsuit—and a good D&O policy and fidelity coverage can help provide the protection your community needs.