Do not show again [X]
By Liam Cusack   2012 November Neighborhoods 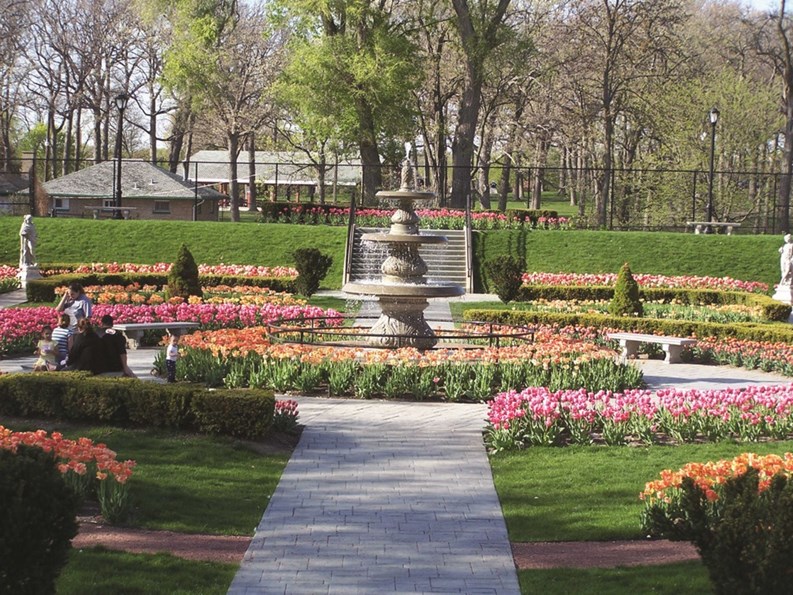 Aurora is known as the City of Light, a homage to the fact that the city was the  first city in the nation to install electric streetlights. Though overshadowed  by its big brother Chicago, Aurora can easily stand toe-to-toe with the Windy  City.

The second largest city in Illinois, the 112th largest city in the nation, and  once a mid-sized manufacturing city, Aurora has grown tremendously due to urban  sprawl during the past 50 years. Aurora itself is the center and heart of an area that includes 10 cities and  towns unique in their own charm, yet unified by the flowing Fox River that  rolls throughout the valley. With Aurora at the center, other notable  communities nearby are Batavia, Big Rock, Hinckley, Montgomery, North Aurora,  Plano, Sandwich, Sugar, Grove and Yorkville. Only 37 miles west of Chicago, and  easily accessible by highway and public transport, the Aurora area stretches  out to parts of Kane, Kendall, Will and DuPage counties and offers savory  dining, unique architecture, exciting attractions, shopping, and dozens of  other options for a truly unique visitor experience.

In 2012, Aurora is in the midst of several celebrations to mark major milestones  and improvements. The city celebrates its 175th anniversary along with 100  years of fresh farmer’s markets. The RiverEdge Park development, a unique entertainment and  recreational destination along the river is a catalyst for investment and  development. The highly successful Paramount Theatre, a renovated movie palace  heads into another year of successful productions of beloved Broadway shows.  Expansion at the Hollywood Casino Aurora will create the largest poker venue in  Illinois. The award-winning Fox Valley Park District plans to add more  amenities and the Chicago Premium Outlets, one of the largest shopping meccas  in Illinois, has announced its expansion plans.

All of this exciting development is a long way from Aurora's humble beginnings.  Before European settlers arrived, there was a Native American village in what  is today downtown Aurora. In 1834, following the Black Hawk War, the McCarty  brothers arrived and initially owned land on both sides of the river, but sold  their lands on the west side of the river to the Lake brothers who opened a  mill. The McCarty's loved and operated a mill on the east side of the river. In  1837, a post office was established which effectively created Aurora, which at  the time was essentially two villages, East Aurora, incorporated in 1845 and  West Aurora, formally organized in 1854. In 1857, the two towns officially  joined and incorporated as the city of Aurora. The two sides couldn't agree on  which side of the river should house the public buildings, so as a compromise,  most public buildings were built on or around Stolp Island in the middle of the  Fox River.

As the city grew, many factories opened bringing workers to settle. In 1856, the  Chicago, Burlington and Quincy Railroad located its roundhouse and locomotive  shop in Aurora, which became the town's largest employer until the 1960s. Many  heavy industries were located on the east side providing employment for  generations of European immigrants. Many immigrants flocked to the city, mainly  from Great Britain, Ireland, Scandinavia, Luxembourg, Germany, France, and  Italy. The combination of these three factors—a highly industrialized town, a sizable river that divided it, and the local  shops—accounted for much of the dynamics of Aurora's political, economic, and social  history. The city was inclusive and tolerant, and welcomed a variety of  immigrants and openly supported abolitionism prior to the American Civil War.  Mexican migrants began arriving after 1910. Socially, the town was progressive  in its attitude toward education, religion, welfare, and women. The first free  public school district in Illinois was established in 1851 and a high school  for girls came four years later.

The city was a manufacturing powerhouse until the early 1970s, when the railroad  shops, factories and industrial areas relocated or went out of business. By  1980, there were few industrial jobs, and unemployment soared to 16 percent.  During the late 1970s and early 1980s, development of the far east side of the  city began and while beneficial, the downtown and manufacturing sectors saw  steady decline. Crime rates soared and street gangs rose up.

The Hispanic population grew rapidly and several new businesses and industrial  parks were established. In 1993, the Hollywood Casino was built downtown, which  helped bring the first redevelopment to the downtown area in nearly twenty  years. In the late 1990s, more development began in the rural areas and towns  outside of Aurora. Subdivisions sprouted up all around the city, and Aurora's  population grew. Today, Aurora is a culturally diverse city of nearly 200,000  residents. Historic areas downtown are being redeveloped, and new developments  are being built all over the city.

This development has led to a renaissance creating an exciting and vibrant  community, rich in history, diversity and diversions. In addition to the  RiverEdge Park development, and the Hollywood Casino, Aurora is home to one of  the most impressive architectural collections in the Midwest. Structures by  Frank Lloyd Wright, Ludwig Mies van der Rohe, Bruce Goff and George Grant  Elmslie can be found here. Additionally, it is home to a large collection of  Sears Catalog homes, (more than 50 homes, and yes, you used to be able to buy a  house from the Sears Catalog).

Though Aurora is often overshadowed by its bigger brother, this City of Light  offers charming homes, a cavalcade of exciting activities, a rich history, but  most importantly, a personality befitting a community that’s been around for nearly two centuries. Aurora is certainly a city that should  be on your list to visit, and if you like what you see, make as your home.

Liam P. Cusack is the associate editor of The Chicagoland Cooperator.