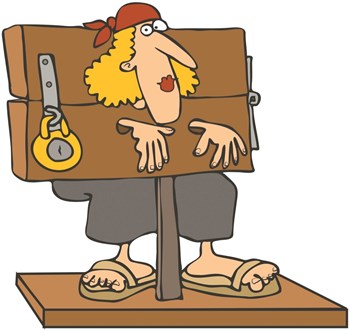 As the old saw goes, one bad apple can spoil the whole bunch. The same idea  often holds true for residents who choose to ignore bylaws or house rules, even  if they are well-intended and in place to serve the greater good of the  community. In the end, it’s the board that must take the pulse of the community and determine what rules  are appropriate and instruct the managing agent to enforce them as necessary.

Boards play a central role in regards to rules and regulations for homeowner  associations. They have the power to make them, and the responsibility to  enforce them, and enforce them fairly. Unlike other states, Illinois provides a  framework for this.

“The rules generally regulate the day-to-day activity of unit owners. Rules and  regulations cannot be used to limit ownership rights, like the right to lease.  You can't restrict rentals or say 'no pets' in rules and regulations but they  can be used to regulate,” says Ebony Lucas of The Property Law Group in Chicago.

As an authority in the association, boards have to play a leadership role in the  association that sets precedents for the entire building or complex. “The board will have the best understanding of certain situations and dynamics  that are happening within their own community. To the extent that it's  reasonable, they may pass rules to address conduct, behavior, or conditions  that need to be changed. The role of the board is to pass those rules,” says Steven Welhouse, an attorney at The Sterling Law Office in Chicago.

There are plenty of situations that call into question the validity of a rule or  a resident’s or tenant’s willingness to adhere to those rules. These include pet policies, noise  complaints and issues such as whether smoking is allowed in common areas, or  not at all. “Where a rule seeks to prevent a group of people or a type of person from doing  something, and the rule wouldn't otherwise be applicable to the other  ownership, you're probably talking about a bad rule,” says Welhouse.

Unit owners should know what their association considers a rule and what it  considers a bylaw. Bylaws usually conform to how the board or the association  operates as a corporate entity and the specific powers and duties therein. The  bylaws differ depending on the association, but they are largely determined by  the parameters provided under the Illinois Condo Act. “The rules and regulations are best used to address either matters dealing with  administration operation and use of the common areas, or to put in place  specific applications and procedures, or rules and regulations that don't touch  directly on property rights,” says James Arrigo, senior counsel at the law firm of Tressler LLP in  Bolingbrook.

Much like how members of Congress are tasked to respond to the needs of their  districts' constituents, boards and property managers similarly need to be the  eyes and ears of the building, says Arrigo. “The role of the board and property management often is to find, use, hone, and  research what areas are of interest and concern to the association. It may be  they're having a problem with dog waste, it may be a problem with leasing,  parking problems, satellite dish issues—whatever the problem is, they identify the things that are causing issues in the  association that they think they need to address,” he says.

After the board identifies its association's needs and concerns, it will need  professional help in making sure any ensuing rule complies with state law. “Often they'll take a run at putting together the rules and regulations, and at  that stage they'll contact the association's attorneys to make sure what  they're doing comports with the applicable laws,” says Arrigo. Illinois in particular has a very clear set of laws for condo  associations, which can make settling conflicts over rules easier. “We always recommend there be an enforcement provision in any rules and  regulation that explains the due process that follows along with the rules and  regulations,” says Arrigo.

Arrigo says the key to establishing a sound rule for the association is to keep  in mind that it's “something that's fair, that's not overly restrictive, and can be evenhandedly  and fairly enforced.” Board members might find that enforcing rules in a fair way is more laborious  than writing fair rules. From a legal and ethical standpoint, how you call  people out for infractions has to be very methodical. “In a lot of cases, associations will require that either a board member observe  the violation, or if the violation's being reported by a resident, that the  resident submit something in writing that they signed, so we're not talking  about anonymous phone-in complaints,” says Arrigo. As one can imagine, if there's no accountability system in place  for violation reports, a small incident or grudge between neighbors could  devolve into a witch hunt, and possibly a legal nightmare.

With a large enough community, it's likely at least one person is going to find  a rule unfair or unnecessary, and that's usually not the best marker for a bad  rule. More often than not, the rules that cause the most problems are ones that  are simply not evenly enforced.

“I'm gonna hit you for having dogs and dog waste, but I'm going to let this other  guy's dog run around the lawn all the time, and never call him on it. That  makes for contentiousness in the association,” says Arrigo. Arrigo provides a particular example of an association with a  fairly large board that had a provision against dogs. If a buyer wanted to have  an exception made for their residence, the provision could, with the right  timing, get waived by the board. “If they have one composition of the board show up at their meeting, all of those  dog requests get denied. If they have a different set of board members show up  to the meeting, they all get approved. I had to tell them, politely, that the  board needs to set criteria for what's going to be approved, what's not going  to be approved. And all board members, dog fan or not, have to follow those  criteria whether an application can be approved or not.”

When rules are ignored or otherwise overlooked by unit owners, the board has an  obligation to carry out some form of disciplinary action, which can happen  immediately or gradually over time. To this end, rules that go unenforced can  compromise the overall operation of the building. “Boards can fine the unit owner. The Illinois Condominium Property Act allows the  board to charge a reasonable late fee after notice and an opportunity for  hearing. In some cases, the declaration requires that the board give a certain  number of days to cure a violation, so boards should look out for this. The  board can also enforce rules against a tenant through an eviction. In some  circumstances, declarations allow associations to force the sale of a unit if a  unit habitually violates the declaration,” says Lucas.

As the case often is, one or two residents might find issue with a rule or two,  and express their displeasure by continually breaking them, which forces the  board’s hand and causes them to react. Boards should be proactive and deal with an  issue promptly before the conflict escalates. But boards need to be careful  about how they implement their rules. Courts won't treat purely board-approved  measures as seriously as bylaws that were approved by the entire association. “Boards feel like the rules are going to be as legally enforceable as the  declaration and bylaws, and that just isn't the case,” says Welhouse. “Those unilateral board rules are going to get much more scrutiny by the courts  if someone that's being punished under them wants to challenge the rule.”

For many well-intended boards and property managers, determining at which point  to involve an attorney is often confusing. “If it's something like a leasing restriction or a pet restriction, the legal  parameters for those situations are pretty well known. But if the board doesn't  know those parameters, and the property manager doesn't know them, they should  call an attorney and spend 15 or 30 minutes on the phone and get an outline on  what's permissible,” says Welhouse.

Remember, whatever your board’s approach to rule-making and rule-breakers is in your building community,  professionals stress that establishing a sound, rational set of fair and  enforceable rules is always best and the easiest way to promote harmony in your  building community for all concerned.

W.B. King is a freelance writer and a frequent contributor to The Chicagoland  Cooperator. Editorial Assistant Tom Lisi contributed to this article.