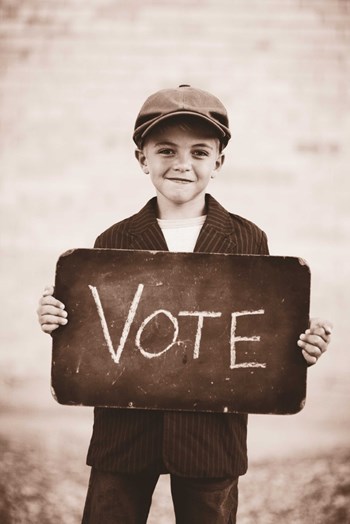 It’s time for the big election. And no, we’re not talking about Washington. We’re talking about the one that takes place annually in every co-op, condo  building and homeowners association. It’s the election where unit owners have to appoint a board of directors to work  with the association’s property manager to make sure the community’s finances, physical maintenance and other day-to-day business remains on solid  ground.

Boards are generally elected by the community itself—although sometimes, boards are simply made up of a group of willing volunteers.

But it doesn’t have to be. We scoured the rule books and grilled the best Chicagoland-area  experts to explain how the election process works—and how to make it run smoothly every single time.

According to the Illinois Condominium Property Act, Section 18, the bylaws of  each building should provide the rules regarding an election. More specifically—and most importantly, it states that the terms of at least one-third of the  board members should expire annually.

Most boards try to stagger their elections so that the possibility of an  entirely new board doesn’t happen at the same time, says David Hartwell, managing partner and principal  of the law firm of Penland & Hartwell in Chicago. Sometimes, however, a contentious subject causes a quick  turnover in the board. He remembers when a long-sitting board was overturned  because of an issue that came up just one week before an election was to take  place.

“As a result of that issue, an entirely new board of directors was elected, and  it all happened a week before the election.”

Still, those cases don’t happen frequently, and there are usually rules in place to make sure the  entire board doesn’t get kicked out for a single issue.

Unless the declaration says otherwise, each person serves for two years. So if  you have a five-person board, then three would be up for election one year and  two would be up for election the next year. “That can change if the director resigns in the middle of the term,” Hartwell says. “If that’s the case, the board has the right to elect an interim director until the next  scheduled election, regardless of whether that person’s term would have ended or not.”

None of this should come as a surprise to anyone involved. Co-op and condo  associations are run exactly the same way in terms of elections—and both need to give unit owners 30 days notice before the election.

This gives everyone a chance to decide on their election choices, as well as  look over the budget and other issues that may come up. There obviously can’t be an election without voters, so your building board will need to inform all  unit owners about the upcoming election. If you have a lobby or a mail room,  the notice could be posted there. Or, it may be sent out by email or listed on  your building’s website. Every building operates differently—some may have a bulletin board where all notices are posted. Regardless of how  your particular association operates, the key is to make sure that each and  every unit owner knows about the election. If that means a piece of paper  slipped under every door, so be it.

The unit owners should also learn about each candidate running. This may happen  through a questionnaire that the candidates fill out. The current board,  however, is not allowed to endorse any specific candidate, nor speak with  others about whom will be receiving their vote.

Now let’s say you’re given the notice for the election, you look at your calendar and you realize  that you’re going to be out of the country during the schedule election.

Don’t stress. Every unit owner has the right to vote by proxy.

“You can say, ‘Look, I’m lazy and don’t want to come to the election. I’d rather send my vote in via another unit owner,” Hartwell says.

That’s allowed by law. But you need to make sure you’re filling out your proxy vote correctly. On the proxy, it has to state your  name, name of the unit owner, your percentage of ownership and whom you  designate as your proxy, he explains. If you don’t designate someone, then the current board president should vote for you. At  the bottom of the proxy, there should be a signature line and a date.

The actual in-person voting process is different for each building. In a tiny  building—about 10 units or fewer—the vote may just be a “yay” or “nay.” It’s possible for it to be that casual if the majority is in agreement.

According to Illinois law, “The association may conduct elections by secret ballot whereby the voting ballot  is marked only with the percentage interest for the unit and the vote itself,  provided that the board further adopts rules to verify the status of the unit  owner issuing a proxy or casting a ballot; and further, that a candidate for  election to the board of managers shall have the right to be present at the  counting of ballots at such election.”

The voting typically takes place during a meeting, and if it’s a large association—200 units or more—a property manager or an auditor would be there to tabulate the votes, Hartwell  says. Then, it’s tabulated and reviewed, and at some point during the meeting, the official  winners are announced.

“There are some associations where three directors win,” Hartwell says. “Amongst the board themselves, they determine who the officers will be. There are  some associations who decide officers based on voting. The most votes get  president, the next gets vice-president. But there’s no hard and fast rule for that.”

Sometimes, however, the elections are much more contentious, and some larger  buildings may decide to pay for a tabulation or election coordinating company  to assist with the process.

“Those companies are often very important if there’s a very contentious and contested election process where the different  competing groups don’t really have much trust,” says Michael Kim, principal of Michael C. Kim & Associates in Chicago. “Having an outside company handle the election is often considered to be a  positive thing because it’s a neutral party administering the election. On the other hand, if you have an  uncontested and fairly non-contentious situation, often times, the homeowners  are perfectly fine with having the management company handle the election. They  don’t see the management company as being affiliated with one party or another  party.”

The election company can also handle taking the proxies, issuing the ballots and  counting the ballots, figuring out how the percentage of ownership is taken  into account.

If the election is very close they will actually run the count twice for your  building. Usually, they’ll give an unofficial result immediately, subject to them going back to the  office and confirming the official results.

“If a group of homeowners raises the objection, it should be done promptly,  within a few days of the election – as long as they have evidence to support their concerns,” Kim says. “The longer you wait to contest, the less likely it will be successful.”

However, section 19 of the Illinois Condominium Property Act states that an  association must keep and maintain the proxies and ballot for an entire year  following the election. The unit owners have the right to inspect that. And if  20 percent of the unit owners petition the board to contest the election, they  can do it.

“I’ve never seen it done,” Hartwell says. “I’ve seen people get upset about it, but unless you’re going to have some real hanky panky going on, the ballot and proxies are what  they are. Unless someone was really off on their math, I’ve never seen it invalidated.”

There are cases when building owners aren’t happy with the way the new officers are handling their position following the  election. If you’re lucky enough to have a full board that’s been elected by the homeowners—but the homeowners decide they aren’t happy with how the board or the directors are conducting themselves, you can  create a removal petition to remove one or more of the electors – keeping in mind that it’s important to have other people willing to take on the job to replace them.

In a condo, you need to have 20 percent of the owners to file a petition calling  for a removal. Then, there needs to be a special meeting called to remove the  members who are being challenged. Then, there would need to be a two-thirds  majority vote to remove the member, Kim says.

They may simply have to thank their lucky stars that their building has enough  people who want to hold a position.

“One of the things that’s become problematic is that many buildings can’t get enough people to be on the board at all,” Hartwell says. “You end up having a board of whoever will do it, and you may not have enough  members in place to even have a quorum. Then you have a problem, because how do  you run the place?”

In order for the association to properly carry out business, you need to have a  proper board. But since board members take on a lot of work for absolutely no  pay, there are often boards operating while missing one board member. But  sometimes, you only get one or two people who are willing to sit, he says.

“In theory, anything they decide to do can be invalidated since they don’t have a quorum,” Hartwell says.

Other issues include boards that are so caustic or nasty that no one on the  outside wants to get involved. Or, everyone is happen when things are going  well—up until a big special assessment pops up.

“Then, that becomes the issue. The board may pass the special assessment, and  then new board members come in and completely wipe it away,” Hartwell says.

Such is life inside a building where hundreds of opinions are needed to run one  operation.