Do not show again [X]
By Jonathan Barnes   2012 August Maintenance 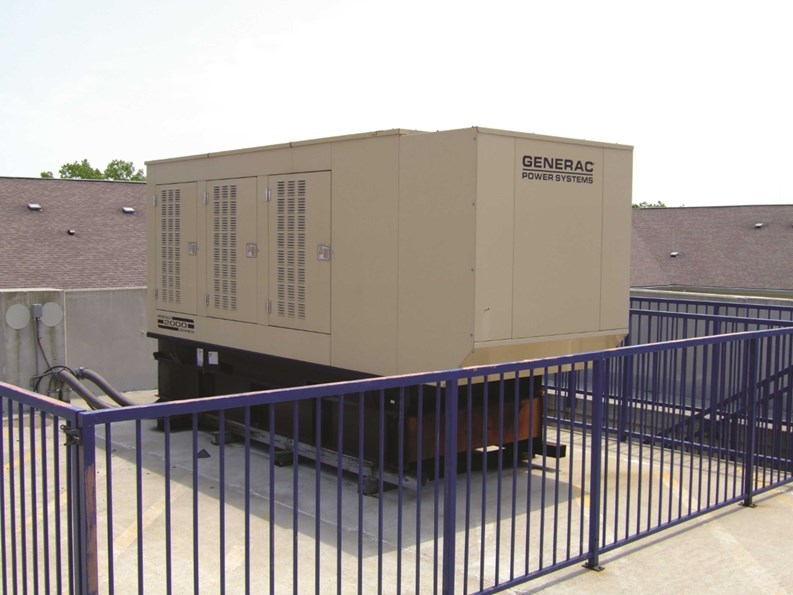 When the power goes out and city dwellers are left in the dark, people assume  they won’t be stuck in cold apartments for days. Just as we expect our hospitals to have  backup power generators to save patients who are on life support systems or in  the midst of surgery, we also count on generators to save residents of  high-rises and other multifamily communities during a blackout or another power  interruption.

In times of emergency, like a power outage due to foul weather or a fire in the  building, certain aspects of many multifamily structures must function  properly; steps must be free and clear so people can use them, and doors to  stairways must function. In larger buildings, common areas, corridors and  elevators usually are illuminated through the power provided by an emergency  generator.

Though some older buildings in Chicago have thus far opted out of having a  backup generator installed in their properties, many newer complexes often have  such a power backup, and many have been required by law to put in a generator.  In Chicago, any building 300 feet or taller must have an emergency service of  some kind. Condo buildings in the city are considered a high-rise if they are  80 feet or taller, and such buildings are also required to have an emergency  generator. For most buildings required to have such a service, it almost always  means a standby generator is needed, says Tim O’Connell, sales manager for Hodgkins, IL-based Cummins Power Generation, a  supplier of generators and electrical supplies.

There are two kinds of generators a building’s staff use in a power outage: stationary sets or portable sets. A portable  generator could be used by the staff of the building during an emergency or  during construction work, if the structure does not have a stationary set.  Portable sets vary widely in quality, and can last anywhere from four to ten  years. The generating capability of stationary sets in residential buildings  can range from 60 kilowatts to 3,000 kilowatts. These units can cost as little  as $40,000 or as much as $1 million, and last 20 to 30 years, O’Connell says.

How long a generator lasts is partly dependent upon how much it is used, says  Raymond S. Groban, co-owner of Chicago-based Groban International, which sells  generators and has been in business since 1948. “The average number of hours of use/test on a standby generator is 300 hours a  year. Part of that time comes from the exercising—we recommend that generators be exercised twice a month for an hour or two,” he says.

Testing the unit and running it will prevent gas in it from going bad  prematurely, and will alert maintenance employees to any problems with the  machine. A couple of times per year, a manufacturer’s representative of the generator’s maker should come to the building and thoroughly test the generator.

The longevity of a generator depends upon it being properly maintained, which  starts with it being properly installed. By law, generators for residential  buildings in Chicago must only be installed by a licensed contractor. Depending  upon the complexity of the generator, the building superintendent may be  capable of performing routine maintenance on it. Boards of many buildings opt  to have a service company visit and turn on the unit, as well as check the unit’s fuel, its filter and its automatic transfer switch.

If a generator with an automatic transfer switch is well-maintained, when the  lights go out it will turn on and provide emergency power to certain systems in  the building. Which systems it powers is a question of what is required, and  what residents want.

How powerful the generator is that a building’s board picks for installation depends upon various factors—some legal, and others, lifestyle-based.

“On site generators are used for a variety of reasons, ranging from life safety  requirements, convenience, powering fire pumps, sump pumps, elevators, or just  convenience,” says John Schifferdecker, spokesman for electrical supplies distributor Steiner  Electric Company, based in Chicago and founded in 1916. “The more areas to back up, the larger the generator and more expensive the  [generator installation] project will be.”

Diesel fuel powered generators need to have surplus fuel on-site in order to  operate. To be ready in the event of an emergency, the building’s staff also must have the generator gassed up. Usually a residential building’s generator will be used for no more than a few days at a time, meaning that  enough fuel to run it for that long will be stored on-site.

These emergency units do not need to be warmed up before reaching full capacity.  Larger, liquid-cooled generators usually have an engine block heater which  keeps the block warm and ready to go. Such generators automatically start if  the utility fails, and automatically switch off when utility power returns.

Perhaps because generators are usually unseen and often unrecognized, the  absolute necessity of them is lost on some residents of multifamily buildings.  While keeping some of a high-rise building’s lights on and its elevators running during a power outage might seem to be a  convenience to some able-bodied people, disabled people and some elderly people  with mobility problems truly need the elevators to work so that they can get  out of the building safely. For some people, having the emergency system in  place can be a lifesaver.

“When the city of Chicago updated its building code in 2000, the revised law said  every high-rise building that is 80 feet in height or taller had to put an  emergency generator in,” O’Connell says. “There was quiet rejoicing in my office. Very few condos ever want to pay for a  generator set.”

Though installing a generator in a multifamily building can be a costly project,  it’s a rather plain solution to a common need. The power generation needs required  of such a unit also usually are simple. That means in most cases, the generator  will be expected to provide power for common areas, garage doors and elevators.  Sometimes, a building’s generator also will provide power for heat, refrigerators and lights in the  structure’s apartments—but residents will pay a premium for the extras.

“The generator should be sized for the urgent needs of the establishment,” Groban says.

When planning to install an emergency generator in a residential building, the  building’s board members and staff must first ask the experts how to proceed. Usually,  this means hiring a consulting engineer or an architect to oversee the process,  beginning with a review of the building’s emergency power generation needs. Based upon that evaluation, the engineer  will determine how large the building’s generator should be. Next, the engineer designs the necessary transfer  switches for the generator, as well as a room in the building (or exterior/roof  space) in which to locate the generator.

The process includes the designer, as well as a general contractor, an  installing contractor, the condo board, the manufacturer, and the local  distributor who supplies the equipment. Usually, the design consultant will  offer to write up a Request For Proposals document (which describes the  parameters of the generator installation project), and distribute it to  electrical contractors so they can bid on the job. The board may hear the  consultant’s recommendation for which contractor to use for the job, and then the group  will vote and choose the contractor. That general contractor will ensure that  the installation project meets all safety requirements.

“Any generator, regardless of size or type (natural gas or diesel fueled) must be  secured, well ventilated and well maintained. Like any engine device, these  generate heat, have moving parts, exhaust gasses, and hot fluids,” Schifferdecker says.

The laws that govern the use of generators in multifamily communities vary from  place to place. But questions regarding the generator’s operation can include where it will be placed, noise created by the unit, and  the storage of fuel (for diesel generators). Some local building codes require  a generator if a building is above a certain height (for elevators and fire  pumps, for example), while others do not.

The architect and installing contractor will work together to determine the  proper size generator, the type of generator and where it is placed. These  determinations could require analysis of the building’s roof structure, ventilation system, the concrete pad’s size and strength, the fuel source for the generator (gas lines or size of  diesel fuel tank), and the fresh air intake for the unit.

Jonathan Barnes is a freelance writer and regular contributor to The Chicagoland  Cooperator.