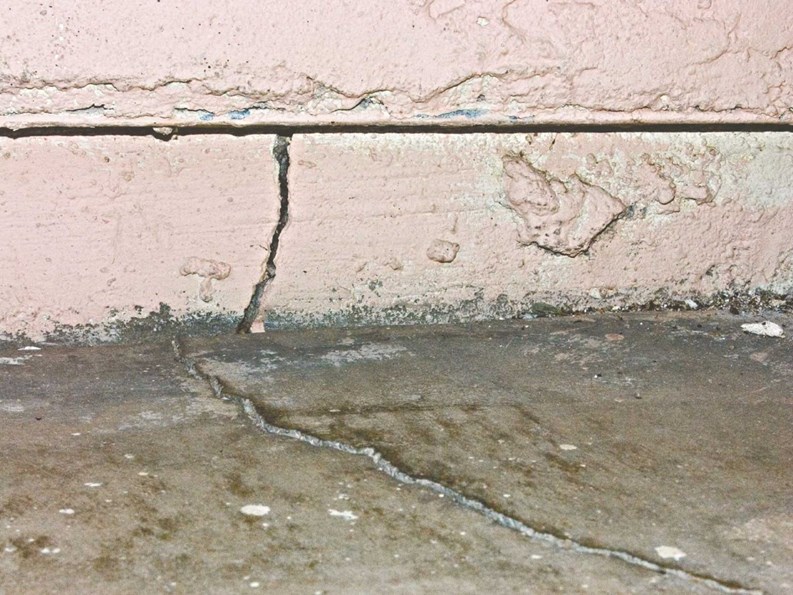 They say a house is only as strong as its foundation. While it's true that a bad  roof or shoddy plumbing can set your building back a lot of money, a foundation  in disrepair can put the entire structure at risk, and can cost tens—even hundreds—of thousands of dollars to repair. Since it's literally underground, your  foundation is easy to ignore, but its health is crucial. A little bit of  education from the professionals can go a long way toward raising building  administrators' awareness of the importance of a sound, well-maintained  foundation.

Every region has its own architectural history, and Chicago is no different.  Foundations can often be one of the best ways to date a house or building.  According to James Collins, an architect at the Oak Park-based architectural  and engineering consulting firm Criterium Collins, the older housing stock  still found in the city have foundations that “are basically wooden piers going down to one piece of stone. They're what we  would call ‘Chicago cottages’ built in 1870s and 1880s.” At that time, transporting goods was still an elaborate and expensive process.  Every step of home construction was also done by hand, giving builders limited  options. By the turn of the last century, these wooden frames rotted out, says  Collins.

To fix the issue, builders tried a new technique. “In the 1910s, they started to pour concrete around those posts and to form a  little more of a basement. Original basements were originally a couple feet  with a dirt floor. They would come back and dig down to the bottom of the  structure, and pour concrete around those posts,” says Collins. Eventually though, the wood inside the concrete rotted out as  well. Brick and limestone became the norm by the 1890s before concrete began,  and builders used sand-based mortar. “By the 1910s, poured concrete foundations became more common than stone,” says Collins.

According to Collins, the mortar used with the brick, limestone and concrete  blocks, has shown its weakness decades later. “Early mortar was basically lime and sand. Over time, water leaches out the lime,  so they're all slowly deteriorating,” he says.

Materials are not the only variable in building foundations. Surrounding soil  also plays a large part of whether a foundation keeps its integrity. Soil  composition varies incredibly throughout the country. In the South, the earth  is rich in clay that expands when wet, which can make foundations very  difficult to maintain. The Chicago area's ground contains some clays, but also  a lot of sand, which holds together better than clay. Sand compresses well, and  can hold its structure around a foundation.

A major variable in Chicago's ground is frost. If a a foundation is too shallow,  the ground can expand quickly when its moisture freezes. “If a foundation's not deep enough, the frost will get under it and lift the  house up, or any house up,” says Collins. “The city code requires that the foundation has to be below a minimum of 42  inches.”

Foundations are far from the only things that take up underground real estate.  Some subterranean neighbors can create complications as well. Trees can make an  urban residential block beautiful, but they can cause some foundation-related  headaches. “When the city plants a tree, usually eight to ten feet tall, over 20 or 30 years, the tree becomes 30 to 50 feet  tall. The tree needs the roots to spread out in order to withstand wind  pressure,” says Ira Norooz, principal structural engineer at Maxima Consultants in  Chicago. “When it rains, these trees suck the water out of the soil, and the soil becomes  unstable, and the foundation starts to crack because the supporting soil isn't  strong enough.” The process is called soil desiccation, and it can cause foundations to lose  its footing in the ground. “What happens when you don't have a good foundation, your exterior walls start  moving away, and there's a large gap between the floor and the exterior walls,” says Norooz. Because tree-lined sidewalks in some Chicago neighborhoods stand  only a few yards away from a building, this can be a common issue for a  foundation in the city. However, the problem is rare in suburban and rural  areas.

However, plumbing can cause issues for foundations in the city and in the  suburbs. Like foundations, water pipes have to be built below the 42-inch mark,  or they are at risk of freezing. Frozen pipes will expand and break from the  ice, and not only cause plumbing problems for your building, but can also leak  water into the soil, and then leak into the foundation structure. And water  leaks, more than anything, can ruin a foundation.

“Everyone pretty much ignores their foundation. They don't maintain them until a  disaster comes out,” says Collins. It's easy to ignore the foundation more than almost anything in a  building because it's the hardest to look at. If your basement is finished,  it's virtually impossible to observe. “No one wants to spend money on a foundation that they don't see. We occasionally  get called in to look at foundations that are starting to bow in, or starting  to crumble. It's a cost you don't really see, so most people are very reluctant  to spend on something like that unless they have to,” says Collins.

But older buildings should be on the lookout. “I would say in the next 20 or 30 years, because of the deterioration of mortar  joints between brick or stone, there will be a lot more work done on  foundations,” says Collins. He adds the project of reinforcing the mortar can be a $40,000  project. Because of soil desiccation, Norooz helped to replace an entire  building's foundation, which cost the homeowners $300,000.

As far as new buildings, concrete foundations have been the norm for the last  100 years for a reason. Poured concrete doesn't have any mortar joints that  will degrade faster. Also, “You can reinforce concrete,” says Norooz. “Its strength is better and workability is better.”

Even with concrete foundations, fighting water leaks and the elements is just as  important. “You still have to waterproof the outside if you have a basement below, and add  insulation, so the foundation walls don't get cold. If you have warm walls on  the inside, and cold walls on the outside, then the walls could condensate,  with all the moisture in the air. When moisture hits the wall, the wall is not  cold, it's warm so you don't get the condensation, which could cause leaks,” says Norooz.

There are now special processes that help protect concrete walls against water. “You use a sealant that preps the surface, and you make the sure the cracks are  filled in. Basically it's like painting an interior wall. You want to seal all  the holes and cracks,” says Norooz.

As much as buildings should be prepped on the possibility of a faulty  foundation, the only way to really maintain a foundation is to address an issue as soon as you notice  it. Many older homes have a sloping floor because their foundations have eroded  somewhat already. Even if you notice an obvious flaw in the structural  integrity of a building, it’s hard for a layman to decipher. “A lot of times even a home inspector can't comment that much on a structural  problem,” says Collins. If a home inspector sees something unusual, “they call an engineer or architect,” says Norooz.

Before you can build a house you need to start with a solid foundation.  Unfortunately, most Chicagoans who move into a new condo or building are stuck  with whatever foundation that came with it. Still it can be helpful for boards  to know that foundations can be a factor in capital projects, and that property  managers should be well-versed on the warning signs of foundational trouble.

Brad King is a freelance writer and a frequent contributor to The Chicagoland Cooperator. Editorial Assistant Tom Lisi contributed to this article. 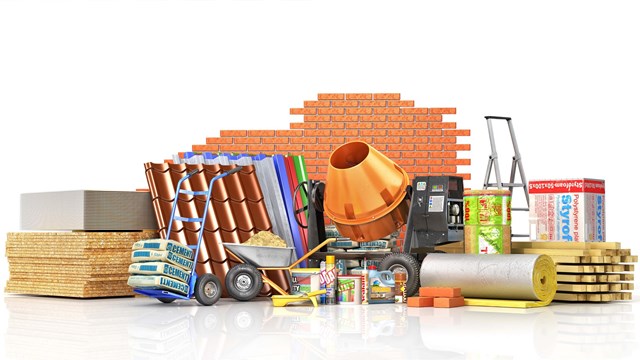