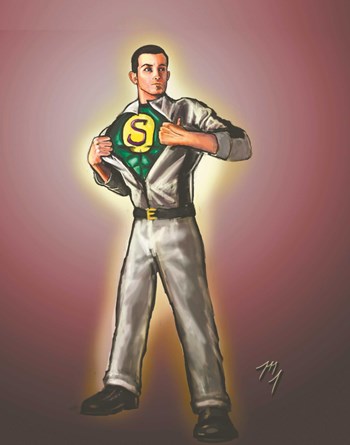 In Chicagoland, your building maintenance professionals are the chief engineer, head engineer, or sometimes, even the janitor. Regardless of title, these people keep the home fires burning and make sure every apartment building runs smoothly.

Condo boards make important decisions on behalf of their buildings and associations, and property managers attend to daily administrative tasks, but if you want to know exactly what’s going on with a building at any given moment, you should probably ask the building’s engineer or janitor. He or she is, or should be—intimately familiar with every nook and cranny of the structure, including its physical plant, various pieces of equipment, daily maintenance needs, and so forth. Building engineers also assist residents with repair requests and other jobs—so much so that sometimes an appropriate job description gets a little blurry.

Each building’s needs are different, but for the most part, engineers are expected to do everyday repairs and maintenance, and hire specialists to do bigger jobs. So on any given day, the engineer may be found fixing leaky facets, changing outlets, replacing filters on heating and air conditioning units and checking swimming pool levels.

According to Gary Nielson, who is the chief engineer at 6166 North Sheridan in Chicago, “You maintain your boiler rooms, all your equipment, do monthly maintenance, you perform weekly walk-throughs of the property, constantly making notes and recommendations.”

The engineer is also the person who will be finding outside vendors, taking bids from those vendors and overseeing the work, says Tom Dobry, executive director of the Service Employees International Union (SEIU) Local 1 training center in Chicago.

Nearly every work order goes through the building’s manager, who is in constant contact with the engineer, says Janet Hope, building manager of a 60-story building on Chicago’s Gold Coast.

“We meet five times a day, and we’re constantly in and out of each other’s offices,” Hope says. “We’re in constant contact, and our jobs intertwine. I manage the building’s finances, and he manages the day-to-day.”

Once the engineer and the building manager figure out the tasks that need to be done, the engineer will distribute jobs to his team, which usually consists of between 3-10 men who have specialities such as plumbing or electrical work, Dobry says.

So not only does the engineer do work around the building, but he also needs to be able to delegate, manage and work with his staff as a team.

“You try to teach your employees how to be better employees, and how to open their eyes to see everything,” says Nielson. “To step back after they’re done with a task and say, 'Okay, am I proud of this job? This section of the job is done, but am I proud of it? What did I miss? What didn't I miss?' You’re teaching them the little things that make a big difference in the trade.”

“Being able to manage a team, schedule their time and manage the differences between the building is essential,” agrees Dobry. “The standard good communications skills are important, because they’re a liaison between the team of employees and between the residents of the building.”

The engineer also needs to be able to do math, balance a budget and use programs on the computer such as excel in order to create the budget and manage it. “It takes a lot of the headache and work off the manager’s hands if your engineer can do this correctly,” Dobry says.

But more importantly, the engineer needs to know and understand everything about the building. He or she needs to have experience running low pressure and high pressure boilers, in addition to the heating and air conditioning systems. Now that buildings are moving toward environmentally-friendly and energy saving options, building service professionals need to be trained in energy efficiency measures to help save their building money. “These days, it’s a big topic,” Dobry says. “That’s where a lot of the costs and savings can come from.”

For example, most buildings use significantly less water between the hours of 1 a.m. and 5 a.m., when most people are sleeping. The building can get a variable frequency drive, which will take the pumps down to half the workload overnight or between a certain time each evening. In the morning, when residents get up and start showering, the pump can turn back on.

While the building can save a significant amount of money by doing little energy-efficient applications like that one, the building’s engineer needs to know what can and can’t be done—and how to make it work.

Since the engineer has so many duties, they need to be skilled in physical handyman work, math, communication and environmental issues. So when hiring a new engineer or janitor, condo boards need to look at the amount of experience and training the prospective candidate has. There are many courses the building service professional can take, which range from reading blueprints to crime prevention to power tool usage. These classes are offered at many trade schools, community colleges and through the local union.

Before hiring someone, ask which specific classes and courses he or she has studied, and find out if they would be willing to take other classes as issues arise, such as green energy usage. “Education is a big part, and experience is a big part,” says Dobry. “One thing that the buildings look for is that the super is running a building that’s a similar size as theirs.”

And when the time comes for professional enrichment and education, there are a number of options - including courses taught by the service workers union itself.

“Local 1 has put a really nice program together with boilers, locks, plumbing, electrical, basic electrical, more advanced electrical,” says Nielson, “and I think if the newer individuals coming in take advantage of that, they'll learn a lot. There wasn’t a school when I first got into the trade, so I learned more hands-on, by watching repairmen, asking questions, reading a book, maybe taking a class at night. Sometimes it's just to refresh your memory because maybe you haven't done a particular job in a while, so you take that course just to refresh your memory. It keeps you up to date with some of the newer equipment and some of the newer technology that's out there.”

“I’ve been a member of SEIU for 33 years,” Nielson continues, “and I think it promotes unity, with all of the union members becoming a big family. One engineer is able to help another with a problem, or to throw an email out to some of the other engineers to say, 'Hey this is what's going on,' and they get back to you with their input. Everybody helps everybody.”

To Each its Own

Another consideration is the type of building. “Every building is different,” says Nancy McCurdy, property manager of a 60-story, 500-unit building at 111 East Chestnut in Chicago. “We have an older building with older equipment and an older engineer, so that’s the era that he knows. Other buildings may have an engineer who’s not so knowledgeable about the older equipment.”

If your building is a new construction, with cutting-edge equipment and energy-efficient boilers and heating systems, you need an engineer who specializes in that type of work.

However, it’s not a big deal if the engineer you’re interested doesn’t have every skill that your building requires.

Engineer employees pay 8 cents an hour to the union training fund so that union engineers may take any classes they want for free. Some of the classes currently offered through the union include indoor air quality, energy conservation, boiler operations and electricity. The classes change frequently and are offered throughout the morning and evening hours so that every engineer should be able to stay up to date.

Still, there are some skills that residents assume engineers are able to do, which are rarely expected of them. “My chief engineer is a licensed high pressure engineer, so I wouldn’t ever dream of asking him to clean anything,” Hope says.

And while the engineer is usually in charge of the maintenance staff and janitorial staff, he’s not responsible for the doormen, who report to the building manager.

McCurdy says many residents also assume that the engineer will paint their apartments for them.

“We have a lot of calls for painting and drywall repairs, but it’s not his job,” she says. “He sometimes does it because it’s condo living and it’s their home, but it isn’t his job.”

Other times, the resident is simply unreasonable, and makes too many requests and demands on the engineer’s time, Dobry says. In that case, the engineer usually turns the case over to the manager, who can intervene on their behalf if needed.

Since the engineer is responsible for nearly all the inner-workings of the building, this really isn’t a 9-to-5 job. Whenever something breaks, the engineer will be the one that residents call. Whenever a resident needs a minor or even a major tune-up, they are responsible.

The engineers are expected to be on call 24 hours a day, 7 days a week, and even on holidays.

“They have a unit in the building, so they really can’t escape,” McCurdy says. “They get calls in the middle of the night, if there’s water running where it shouldn’t be running, if the air conditioning or toilets aren’t running. If people get locked out, he does the whole security key system.”

Most buildings that have more than 300 units really need an engineer. Without one, there would be so many repair and preventative issues that the amount it would cost to hire someone for each duty would far exceed the cost of the engineer.

Unions require that the engineer have his own unit in the building, and get a salary in addition to the housing. “This can’t be a side job—he doesn’t even have time for a side job,” McCurdy says. He’s lucky he gets out of the building.”

In Chicago, union contracts are renewed every three years, and the union works with the engineer and the building to create a contract that benefits both parties. The contracts specify salary, health benefits, vacation days and any other issues that the building or the engineer may require. Each contract is different, and can spell out the duties of the engineer if some of the jobs aren’t obvious.

The good thing about hiring a great engineer is that it’s usually a lifelong job for them. McCurdy says her engineer has been with the building for 27 years. They get to know the residents and understand the inner-workings of the building, and if the contract goes through the union and is done fairly, there’s really no need to change engineers frequently.

“You’ll find that in most of the high-rise buildings, the engineers have been there for some time,” says McCurdy.

Danielle Braff is a freelance writer living in Chicago.