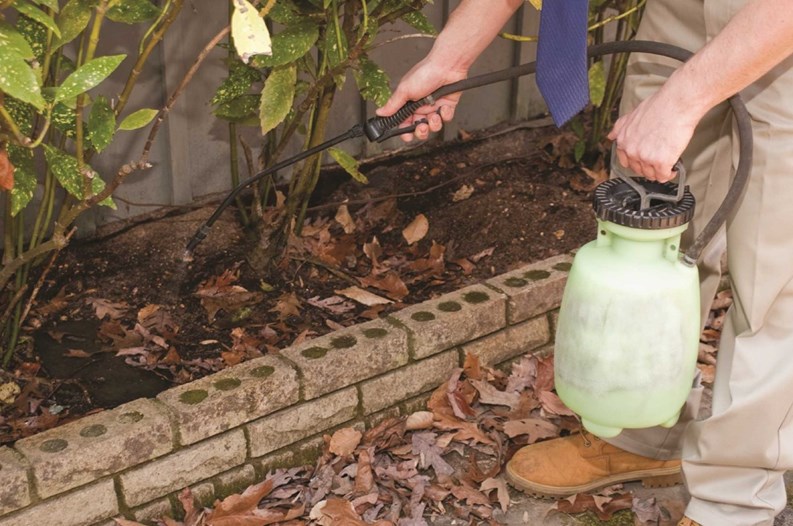 Since the 1950s, American lawns have been “hooked” on petroleum-based and synthetic chemicals. A plethora of post-war pesticides, herbicides, fungicides and fertilizers were eagerly embraced by both homeowners and landscape professionals dazzled by the dramatic results; an almost instantaneous, lush, green lawn. There was a downside, however. Grasses become dependent on an endless feed of chemicals for their sustenance, and the underlying soil became sterile and inhospitable. Take away the chemicals, and the lawn quickly withered and went brown, unable to sustain itself.

Today, many landscape industry experts compare a lawn suffering from the all-chemical approach to a drug addict who cannot function without a fix. An emerging trend of using more organic and eco-friendly methods has been trying to address the detrimental effects of using chemical products by introducing a variety of products and practices that are more sustainable and often, less expensive.

An important reason for going organic with landscape care is creating a healthier environment for people and pets. Gordon Held, executive vice president of operations and sales at Moore Landscapes Inc. in Northbrook says that one of the reasons people became more wary of using harsh chemical products was their pet's adverse reaction to them.

“I think that was a real big push with people complaining that their pets' paws were getting burnt with some of the chemicals that were out there. And then, of course, that just started opening eyes of people saying, 'If it hurts the dogs, what's it doing to the humans?',“ he asks.

The fact that lawn chemicals are inherently dangerous is no secret—just read the warning labels on the packaging. Held and other landscape experts agree that the damaging effects of chemical pesticides are primarily due to misapplication of them.

Christy Webber, president of Christy Webber Landscapes in Chicago says that runoff and leakage have been hot issues recently. “The biggest thing that we're seeing right now is the phosphorus runoff into our lakes causing algae to grow because we're out here by the Great Lakes,” she says. With Lake Michigan as a primary source of drinking water and recreation for many Chicagoans, this could lead to some detrimental and widespread consequences.

Both Held and Webber agree that while the percentage of their clients that use eco-friendlier methods are still small, more and more are getting on board. Webber says that many park districts are really adamant about using greener methods.

“They think that there needs to be a movement away from using so many pesticides and chemicals on the turf. I think part of it is there are so many people spending time in the parks. There are many people who are in that grass or playing on that turf or climbing those trees or whatever it might be,” she says, and they're thinking about what's being put on that turf or spread on those trees.

One aspect of eco-landscaping that presents a challenge to many associations and clients is that their scenery may not be as pristine as before.

“There has to be a high level of tolerance for what people are not used to seeing. So it's just the tolerance level isn't there yet for the increased amount of weeds that people are going to see,” says Webber.

Jim Pearson, vice president of park districts at Moore Landscapes says that a legislative push might be what it takes for more communities to adapt greener landscaping methods.

Pearson says that in order to be truly effective, the legislation should include provisions for both professionals and individual homeowners.

“What's funny is that they put legislation against professionals putting phosphorous down, but they don't put any legislation for homeowners. Homeowners can still go out there and put whatever they want and they're the ones that are going to be more likely to abuse because they aren't trained in what they're doing,” he says.

Bill Scheffler, president of Pure Prairie Organics in Wheaton says that using natural minerals and fertilizers is not only more environmentally-friendly, it can over time lead to a healthier, less disease-prone landscape. He uses gypsum for soil health and pest control.

Scheffler has that fertilizer is another very important component of lawn and garden care and his company applies an organic mix on a regular schedule. “We fertilize four times a year, minimum. The secret with working with lawns—and what most people don't understand—is that grass is a heavy feeder, so there's a certain amount of food we have to get out there for the grass not to get sick. Our fertilizer makes the grass grow thicker, not taller,” he explains.

In order to use less chemicals, landscaping companies are being more selective with how and where they spray them. Instead of spraying entire areas of turf, called blanket application, companies will now only focus on the area that needs the pesticide.

Scheffler adds that there is no organic treatment for poison ivy so he uses a chemical to treat problem areas. But instead of blindly spraying the entire area, he cuts down the vine and applies the chemical to the end with a Q-tip. “We treat the chemical like antibiotics. If it's there and we need it, we will use it—but if you don't need it, you don't use it,” he says.

Scheffler also cautions that organic or partly organic landscaping techniques may take some time to produce results. You won't get the instant gratification you might with harsher chemical methods, but you will get a healthier lawn and garden in the long-term.

“It's gradual, kind of like a change in diet,” he says. “After a while, you start to feel better and better. So, the first year can be a touch and go, the second year you'll definitely notice a difference. The end results are better and longer-lasting.”

A common concern for boards and associations is the financial feasibility of organic or partially organic programs, with a common misconception being that they are wildly expensive. Scheffler explains that the cost runs about the same as traditional chemical programs. He continues that although the initial investment may be higher, landscapes will eventually be healthier and require less maintenance—ultimately end up paying for themselves.

Safe application of lawn care chemicals within a community requires the cooperation of residents. This includes protocols for preventing contact by people and pets, and that’s where property management gets involved.

“It comes down to a lot of communication with the board or with the property manager,” says Held. “If you know you are going in to do a tree spray on Tuesday night, you have got to let that property manager know so that they can communicate that to the people who live in the building. So that if windows need to be closed, they close the windows or if the turf is going to be sprayed and if they'll let people know. I've seen a couple of different ways to remind people: Phone calls where it just automatically calls people and reminds them 'on Wednesday your turf is going to be sprayed' or they put signs out when you are pulling into the property saying your turf spray on Wednesday.”

Held explains that accommodating sensitive residents can also go back to making modifications in the landscape itself. “That's been a big push too, not so much for the chemical aspect of it, but the plant maintenance part of it,” he says. “Annual beds which typically require a lot of watering and fertilizing can be replaced with perennials and shrubs. Instead of weekly mowing and constant weed spraying, irrigation has been replaced with more native species of turf that require less maintenance and care.”

As the detrimental effects of using chemical products in landscaping are becoming more widely understood, switching your association over to organic products could produce greener results without taking more green out of your budget.

Marie Auger is a Massachusetts freelance writer and a frequent contributor to New England Condominium. Editorial Assistant Maggie Puniewska contributed to this article.