Do not show again [X]
By Liam Cusack   2014 July Neighborhoods 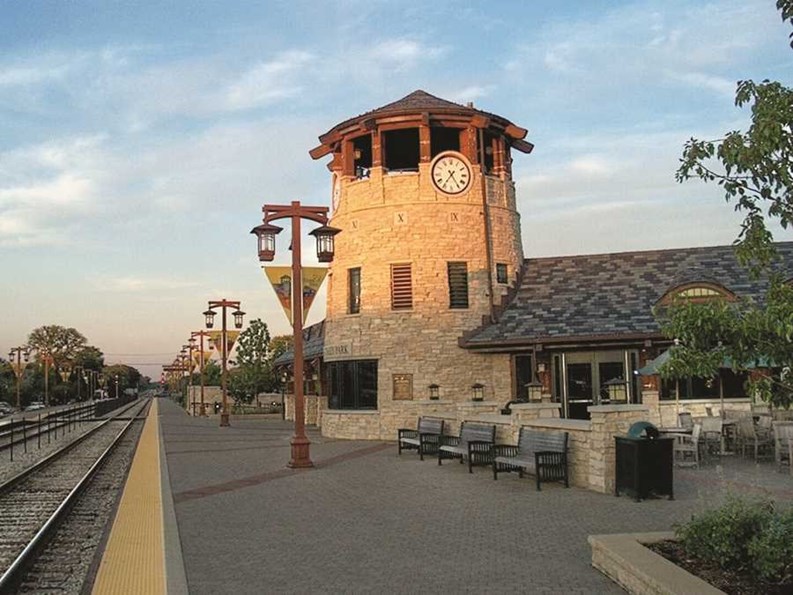 The Village of Tinley Park, about 35 minutes from downtown Chicago, was honored in 2009 by BusinessWeek“as the best place to raise a family in America,” and today is known as one of the fastest growing suburbs in the country. Home to some 60,000 people, Tinley Park has attracted the likes of five world-class Indy and Sprint racing car drivers, including Melvin "Tony" Bettenhausen, his sons, Gary, Merle and Tony Jr., and their cousin, Emil Andres, who call the village home. Other famous residents include professional baseball players—outfielder Garrett Jones and pitcher John Ericks—and two-time silver medalist and Olympic swimmer Christine Magnuson.

Early records indicate that prior to European settlement the area was primarily occupied by the Potawatomi tribe. Beginning the in 19th century, settlement of the area which now comprises Tinley Park began in the 1820s by emigrants from the Eastern United States. German settlers became predominant in area by the 1840s, and the village was originally established in 1853 as "Bremen." Irish, English, Scottish, Canadian, and other American settlers were also common in the area.

In the late 19th century, railroads expanded rapidly, and the village happened to be located on the Chicago, Rock Island and Pacific Railroad line. The influence of the railroad on Bremen was so great that, in 1890, its name was changed to Tinley Park in honor of the village's first railroad station agent, Samuel Tinley, Sr. Even the village's official incorporation took place at the train depot on June 27, 1892.

With the railroad came industry and commerce. The year 1905 saw the Diamond Spiral Washing Machine Company found its first factory in Tinley Park. Local businessmen established an electric utility in 1909, and a soda bottling facility operated in Tinley Park until the early 1950s. Inventor John Rauhoff developed and manufactured a waterproofing additive for cement called Ironite there, which was later used in the construction of Hoover Dam. In the latter part of the 20th century, Tinley Park saw rapid suburban expansion to the west and south, with over 11,000 housing units constructed between 1970 and 1994.

Tinley Park, which celebrated its centennial in 1992, has focused primarily on renovating its downtown historic district. The district, made up of the village's original 1892 boundaries, encourages landowners to maintain their historic edifices or create new, historically friendly facades for properties built in the last 30 years. Downtown renovation projects include the creation of a park near the Oak Park Avenue Metra train station, as well as the recent South Street Project, a multimillion-dollar proj

ect that will create more than 220 units and 40,000 square feet of commercial retail space.

A popular attraction is the First Midwest Bank Amphitheatre (formerly named "The World Music Theater," also "Tweeter Center Chicago"), an outdoor venue which seats 28,000 and is the largest outdoor concert venue in the Midwest. Each year over 400,000 music fans enjoy live entertainment there from rock to classical to country music.

A good part of its nod to family life is an excellent school system and an events schedule that caters to families with things like a fishing derby, movie nights at the park, art shows and concerts. Its website still touts the BusinessWeek honor of five years ago.

Tinley Park has two train stations, which carry commuters to Chicago in 45 minutes. The village is also conveniently located near Interstate 80 and Interstate 57, offering easy travel to Chicago and neighboring states. Metra’s commuter rail service provides fast daily service from Tinley Park to train stations in Chicago and Joliet. Chicago’s Midway International Airport is about a half-hour drive north, while O’Hare International Airport is only 45 minutes away, and bus service also is available throughout the area.

As an aside, Tinley Park was also the site of the Tinley Park Lights, an anomalous multiple mass UFO sighting event in 2004, 2005 and 2006. People still talk about it today and the television program “UFO Hunters” dedicated a documentary to the phenomenon.

As far as housing prices, according to Trulia.com, the median sales price for homes in Tinley Park for March 2014 to June 2014 was $164,000 based on 149 home sales. Compared to the same period one year ago, the median home sales price decreased 6.3%, or $11,000, and the number of home sales increased 38%. There are currently 351 resale and new homes in Tinley Park on Trulia, including 1 open house, as well as 426 homes in the pre-foreclosure, auction, or bank-owned stages of the foreclosure process. The average listing price for homes for sale in Tinley Park was $219,136 for the week ending June 4, 2014, which represents an increase of 1.2%, or $2,693, compared to the prior week.

If you’re looking for a great place to raise a family or enjoy the quiet life next to a major metropolis, you can’t go wrong in looking at Tinley Park, Illinois.

Liam P. Cusack is associate editor of The Chicagoland Cooperator.