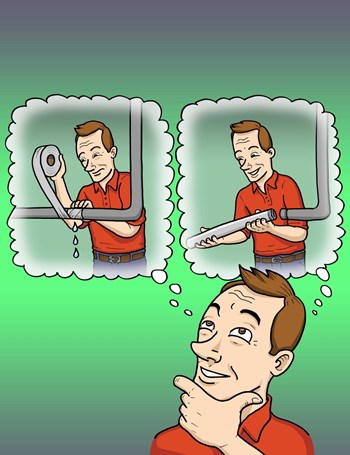 It's a common enough story: the condominium was relatively new, but from the  start its board of directors was stingy with maintenance and repair dollars.  Then the recession struck, and the percentage of unpaid maintenance fees  spiked.

After several years of neglected physical facilities, half the condo's elevators  weren’t working. Unpainted interior hallways and uncleaned carpeting and tile  encouraged mold and mildew growth. Utility bills went unpaid for so long that  the electric company threatened to cut off the power, and garbage collection  was sporadic. Due to mismanaged collections and finances, the community was on  the verge of bankruptcy.

“Unfortunately, we’ve stepped into roles like that. We had a building in the Chicago suburbs that  was not tended to,” says Adam Stolberg, CMCA, AMS, and president of Advantage Management in Chicago. “Instead of a special assessment and asking owners to put in thousands of dollars  each, we had an engineer come in and advise us, then we made a list of  everything that had to be done. We bid it out, and some of the things were able  to be done by the same vendors so we got substantial discounts. We cleaned up  the delinquencies and financials. The people who didn’t pay were sent to the association's attorney, and we got them to pay. In some  unfortunate cases in Illinois it allows the condo association to take  possession of a unit in arrears and rent it out. So we did that. Then we went  to the bank and said, ‘We need to borrow some money.’ The interest rates were very low. We borrowed the money and got all the  projects done at once. We created a budget for the next three years that  included the debt service to the bank. So instead of the owners having a huge  increase in assessment—they got to pay it off over time and they got to enjoy all of the repairs being  done at once. It took about 10 months.”

Industry experts believe that at the top of everyone’s maintenance list should be life-safety items for which code violations could  prompt steep fines from a government inspector, or even closure of a building.  This category includes elevators, fire extinguishers, sprinkler systems, smoke  alarms, carbon monoxide detectors, and painting of curb corners to meet  fire-marshal requirements.

“The major maintenance project that must be addressed and never delayed depends  on the type of community and the exact responsibilities of the association,” says James Tomlin, CMCA, and director of building services for ACM Community  Management in Downers Grove. “In general, any common element that provides for the safety of the homeowners  should be regularly inspected and maintained. In addition to elevators,  security doors, lighting and fire detection or suppression systems all  emergency backup systems should be maintained. Smoke detectors should have  their batteries changed twice a year and emergency lights and exit signs should  be checked and repaired at the same time.”

Tomlin also notes that in older communities with a history of plumbing backups,  regular routing and scoping can minimize the frequency of major backups and the  damage they cause.

“There are so many maintenance projects that should be addressed on an annual or  semi-annual basis it’s hard to pin down just a couple,” says Gayle Hahn, a property manager at All the Difference Inc., a Chicago-area  property management company based in Western Springs, “Gutters are important. They need to be cleaned at least twice a year because  they can have things growing in them or they can have leaves in them and that  can cause damming in the winter. If they are not cleaned they could clog. So  you want to do them twice a year. We do them in the spring after all of the  budding has stopped and we clean them again right before winter.”

“I think there are two things that must absolutely be addressed on an annual  basis and never delayed,” says Stolberg. “The number one thing is routing all of the plumbing stacks and plumbing risers  so that garbage and sewage doesn’t back up. It’s much easier to do that annually, in some buildings twice a year, than to get a  call in the middle of the night and someone saying ‘my kitchen sink is backing up and I have sewage, food and waste all over my  kitchen floor.’ The other thing is servicing boilers and chillers at the appropriate time.  Usually we try to service the boilers over the late summer, the end of August  or September so if we do need to fire them up for a cold, early fall, which  does happen in Chicago, there won’t be a problem. The chillers a little more difficult because you can’t get on the roof, 40 stories in the air in snow and wind—so we like to service chillers in the early spring, in Chicago we could have 75  degree days in March.”

Experts say that water leaks are the leading cause of damage in condominiums and  believe that most leaks run between walls, underground, and/or in areas that  are not readily visible and that raised sidewalks, water bubbling on the lawn,  and spidering around storm drains may disclose underlying problems with  storm-water and fresh-water lines needing prompt attention.

What Can Be Deferred

An association with a reserve study and a reserve budget based on that study  should have the money, but if it isn’t available such items can be postponed for a while or completed in stages over  a period of several years. Even if reserves are properly funded, they don’t cover certain emergencies, such as a lightning strike that blows up the  air-conditioning compressor. The life of domestic water pumps and motors can be  prolonged by having multiple units and setting them to run on an alternating  basis. Thus, if a pump motor is made to last 20 years, alternating between  pumps may yield another five to 10 years from each motor.

“A lot of maintenance items that can be put off are board-discretionary and based  on aesthetics rather than physical pieces of equipment,” says Stolberg. “Things like painting or lobby renovations are things that can certainly be put  off. Also, enhancing common areas, replacing decks can be deferred. Landscaping  can be tricky—it can be put off but on the other hand it’s an inexpensive way to show the general public a neat, clean ‘we care about our building’ appearance, but sometimes that can get expensive. So some buildings will  landscape once a year instead of seasonally.”

Hahn agrees with Stolberg that painting is a maintenance item that can be put  off if there is a tight budget.

“If a building is on a painting rotation they could probably use a very good  grade of paint or caulk and defer that,” she says. “So a lot of times a painting project could be put off a year or two.”

“Wish list items that only impact appearance and will not damage other building  components if neglected can be put off,” adds Tomlin. “Improvement projects like remodeling a clubhouse or meeting room can be delayed  provided they are not in an unsafe condition. If the budget is tight, regular  services like cleaning and landscaping can be competitively bid to reduce those  costs. Routine cleaning of the common areas may be reduced to cut cost but not  less than once a week. Some landscape maintenance like mulching around trees  can be skipped with little or no adverse effects depending on what was done the  year before. Those items would vary from community to community based their  individual situation.”

Experts believe that when deciding which repair and maintenance projects require  immediate attention and which can be deferred boards need to rely on someone  qualified or certified or both.

“Hiring a company that specializes in performing reserve studies is a good place  to begin,” says Tomlin. “An up-to-date reserve study is most useful tool for planning and prioritizing  maintenance needs. A good reserve study will outline the items that require  maintenance and repairs and when they should be done. Contractors who  specialize in the maintenance or community associations are usually a good  source of free advice. Just be sure to get three or more opinions like you  would if soliciting bids for a project. Engineers can be used for this purpose  but are usually brought in to advise on an individual project.”

“A reserve study is an examination and subsequent report performed by engineers,” says Stolberg. “They take an inventory of every piece of equipment that the building has from  mechanics to painting to roofs. It evaluates the conditions of those items  today and estimates how many years of useful life those items have. It will  also estimate replacement cost down the road and factors in inflation.”

In some situations, experts in state and local government agencies may be  available to assist at little or no cost.

Tomlin believes there are both pros and cons on waiting to do an improvement  project.

“Generally, I would not advise waiting on a project. Improvement projects that  have hidden conditions which may conceal further damage should be addressed  quickly,” he says. “Exterior building components like roofing and siding are good examples of this.  All building envelope systems will fail and the end result is water  infiltration. Even if there are no signs of leaks in the building there is  usually damage to the materials underneath. This damage may remain unseen and  continue to get worse until the work is done. Repairing this type of damage can’t be included in the price of the project since it is hidden and the quantities  are unknown. These repairs are usually made on a per unit of time and material  basis. If the project is overdue, the additional cost of these repairs can be  more than the original cost.”

George Leposky is a freelance writer and editor and a frequent contributor to  The Chicagoland Cooperator. Staff Writer Christy Smith-Sloman contributed to  this article.