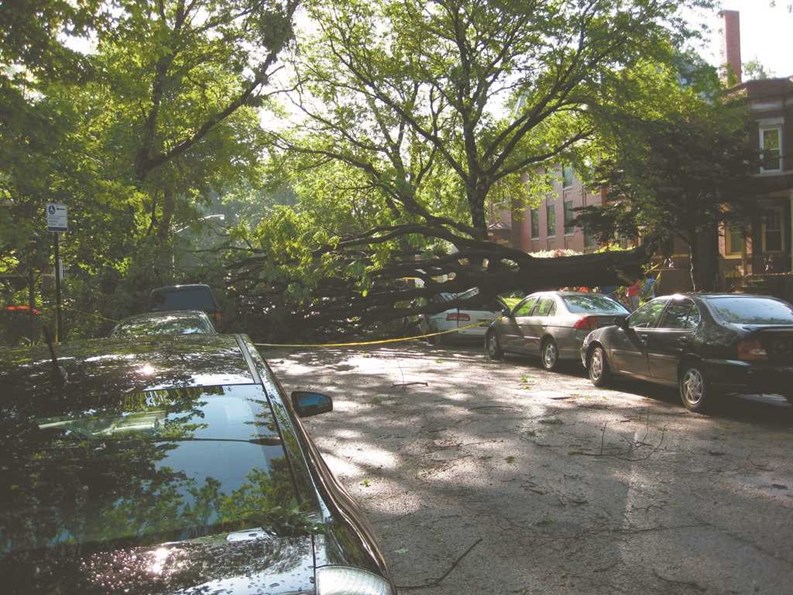 It's no secret that the insurance industry is big business; there are approximately 2,000 companies competing for market share, which means that co-op, condo, and HOA boards have their work cut out for them when it comes to understanding the subtle nuances embedded in their insurance policies. According to the pros, many (if not most) boards are less than well-informed about their policies and risk exposure.

“Ninety percent of boards really don’t have a firm understanding of insurance policies; it’s mind-boggling,,” says Ron Sirotzki of Hollinger Services Inc., an insurer in Elk Grove Village, IL. “Let’s face it; reading policy is boring—who really wants to do that? That's not to say that no board members ever [read their association's policy], but in my experience, for many it boils down more to reputation and whom they trust.”

By their nature, general umbrella policies of the type most condos, co-ops, and HOAs carry cover a wide range of possible problems—and while they may cover seasonal issues like hail damage or ice, “Policies for condominium or co-ops do not change based on the seasons,” says Andrew P. Dolliff of CIC Lakeview Insurance Agency, Ltd. in Chicago. “Coverage is generally regardless of season. There are specific issues that are more seasonal such as ice dams, sewer backup and roof damage resulting from the weight of ice or water.”

While the majority of condo associations have a master insurance policy in place to protect the entire structure including all residential units within it, individual homeowners policies are still required to provide unit owners with personal property and personal liability coverage. Similarly, a co-op’s insurance policy will normally cover losses to the co-op's commonly owned property and liability for the corporation. These policies do not insure losses to the interior of respective units, personal property, or liability if someone is injured inside a unit.

Tackling insurance related issues requires due diligence. Studying requirements and guidelines is a good starting point. “The Illinois Condominium Property Act provides some minimum coverage requirements that every association needs to include,” says Dolliff. “A relationship with an agent who specializes in condominium and co-op properties can help develop a comprehensive insurance program for your properties.”

Sirotzki explains that because of its wide-ranging coverage, the majority of condominium associations use Special Form—also known as Homeowners (HO-3) Form—insurance.

With regard to the dwelling coverage section of most policies, HO-3 is considered to have the more extensive, or “all risk” coverage available. As the term implies, it covers all risks of physical loss, except those specifically outlined as “exclusions.” These may include floods, earthquakes, war or nuclear hazards. It is this gray area, however, that makes understanding what is and what isn’t covered in certain weather events tricky, says Sirotzki.

Acts of God versus Perils

English satirist Alan Coren said, “The 'act of God' designation on all insurance policies...means, roughly, that you cannot be insured for the accidents that are most likely to happen to you.” While jokes sometimes ring true, for many hard truths have been realized in the aftermath of brutal storms. Dolliff says that rain, snow, lightning and hail are considered acts of God. Conversely, “Theft and non-lightning-related fire would not be considered acts of God,” he notes.

“While severe storms are not common in Chicago, we do have our share of wind, water, and frozen pipes to contend with,” adds Nancy J. Ayers, CPCU, CIC of Chicago-based Mesirow Financial’s Insurance Services Division, which serves more than 400 associations. “In order to identify your risks, you must first analyze your exposure to loss.”

For his part, Sirotzki prefers to call such instances “perils.” He references the severe winter snow storm this past February that produced significant snow and winds. One of his client buildings received considerable damage due to wind blowing up and through the soffits in the roof ultimately melting and causing interior water damage. In this case, since there wasn’t exterior wind damage, the claim was denied.

The association’s position was that it was an act of God—which Sirotzki says he agreed with in principle—but the language of the policy was clear. “You can’t throw that phrase around,” he says. “You have to look at the exclusions.” As a point of reference, he adds that only a handful of companies offer coverage for windblown rain and snow damage.

“Flood coverage is an example of a clause you would have to add to a policy,” says Ayers. “You will see limits from $250,000 to $5 million in coverage or more.” She notes that in flooding situations, this insurance coverage doesn’t necessarily include sewer backup, which is a common problem. “You have to know what your water backup limit is. Resulting damage like mold has to be supplemented in your policy.”

Not long ago, in September 2008, seven-plus inches of rain fell on Chicago in roughly 24 hours causing severe flooding and damage. “Flood coverage can be obtained for any policy,” says Dolliff. “Floods can affect areas not normally considered to be in a flood zone—one example being the Albany Park flood of 2008.”

To demonstrate the differences in policies, Dolliff references two buildings exposed to high seasonal rains in the springtime. One condominium association has $25,000 coverage for backed-up sewers and drains, while the other association in the same location has no coverage. As a result of heavy rains, the city sewer system backs up into properties all over the neighborhood. The basement of both buildings fills with six inches of sewer water. Building A files a claim and has a check in hand within a month that covers the claim plus related expenses. All repairs are completed within two to three months.

There are other instances of events that are considered exclusions. It was literally an unexpected and uncalculated shock but a 3.8-magnitude earthquake occurred in Elgin, roughly 40 miles from Chicago in February 2010. In this area of the state there is little information on record with regard to fault lines. While no injuries or damages were reported, the event concerned property owners to investigate their own insurance policies. “It was a small earthquake but as a result we had an uptick in calls about insurance and what was covered and some clients chose to add coverage to their policy,” says Ayers.

Industry insiders say that while implementing emergency response procedures will not impact pricing, it can reduce exposure to loss. “This should always be implemented to address the risks involved with your condominium association since a storm event will require more planning than an individual loss event such as a fire, or pipe break,” says Ayers. “In a large scale storm, other associations, businesses and homeowners will be looking for help at the same time.”

While there isn’t a magic wand to wave or easy answer to relay when it comes to lowering insurance premium rates, there are steps that can be taken to ensure the best coverage is in place for the best price. Sirotzki again references the same building that experienced significant water damage this past year due to windblown snow. “The same exact situation happened to the same building three years earlier,” he says. “However, the damage was far less and under their $5,000 deductible. If the board did something to reduce or minimize the risk, such as installing fine mesh grating, they wouldn’t have faced a $65,000 dollar claim three years later,” he says.

Dolliff explains that a property that is well-maintained and above 75 percent owner-occupied will be eligible for coverage through more insurance carriers. “The more units you have, the more access to companies with better rates,” he says. However, due to the recession and high vacancy rates, many units have been foreclosed and have sat empty. This trend has resulted in many related insurance claims especially during the winter.

“If you have multiple claims year after year,” says Sirotzki, “your rates are going to go up. Eventually, after too many claims you will be canceled—and once that happens, you're out of luck because no insurance company will take you. You'll have to go to the Excess and Surplus market where they triple the premiums for half the coverage. Taking preventive measures doesn’t mean you receive discounts on your premiums but you don’t have a frequency of claims which keeps premiums low and leaves you free to shop around and go to any insurance company you want.”

Ayers explains that due to the number of natural catastrophes experienced during the first quarter of 2011, she initially thought it would increase rates nationwide, but rates remained firm. “We haven’t seen any hikes or increases,” she says. “There is more a firming than raising of rates.”

While Sirotzki, Dolliff and Ayers say they revisit client policies on a yearly basis and frequently field questions and concerns throughout the year, each organization has a different approach. “Insurance is complex,” says Sirotzki. “Most often, a board will look at how much insurance they have on the building, what’s the current deductible and what are three bids from the leading carriers. It seems to me that many boards get rid of the high bid, drop the low bid and go with the middle bid without really realizing what is covered and what is not covered. They all offer Special Form insurance but there are endless enhancements and every insurer is different.”

Ayers agrees, adding that “Some boards are more sensitive and since they have a fiduciary responsibility they feel comfortable carrying more insurance while others who understand risks might opt for lower policies. We walk through the process of the different perils their building is exposed to. There are always differences with boards—some aren’t as concerned as others.”

W.B. King is a freelance writer and a frequent contributor to The Chicagoland Cooperator and other publications.