Do not show again [X]
By Keith Loria   2011 August Insurance 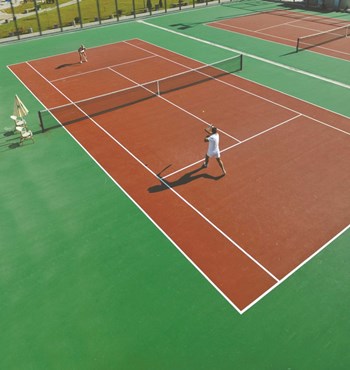 Pools, hot tubs, saunas and gyms are big-ticket, high-demand amenities. They add  value and enjoyment to properties without question—but they also come with major considerations when it comes to insurance  coverage.

A condominium association’s insurance protects the condominium building and commonly owned assets, as well  as offering liability assurance for the association, but when it comes to  potential high-risk amenities like the ones mentioned above, basic liability  coverage sometimes just doesn’t do the trick. That's why supplemental or additional insurance is most likely  necessary to cover the potential hazards that come with these deluxe amenities.

According to Karyl Dicker Foray, CIRMS, CIRS for Rosenthal Brothers, Inc.,  liability policies can include coverage for various items such as a  slip-and-fall exposure, products liability (if someone should become ill as a  result of eating tainted food at an association sponsored event, for example),  host-liquor liability and medical payments to guests of the association and its  unit owners.

“A condominium association provides insurance for the outside walls of  habitational buildings, plus common areas (such as grass and walkways)  surrounding the buildings,” she says. “Coverage should also be included for a clubhouse, gazebo, pool, storage areas,  parking facilities, tennis courts and any other areas owned by the association.”

“The building amenities are collectively owned by the unit owners, which is why  they are referred to as common elements. A separate policy needs to be in force  to cover this exposure,” says Joel A. Davis, regional marketing director at Community Association  Underwriters of America, Inc. “The coverage from an individual homeowners policy would be inadequate to cover  all of the common elements. Ideally, the insurance agent for a homeowner should  make certain that the homeowners policy only covers the unit owners’ property and that there are no gaps in coverage.”

Since June 1, 2002, the Illinois Condominium Property Act (ICPA) has outlined  the minimum coverage every condominium association must purchase for these  types of amenities, so working with an expert who can guide you in making sure  that your building is insured properly is a must.

The most commonly required types of insurance are Property, Equipment Breakdown,  Commercial Liability, Fidelity, Directors & Officers Liability, Hired and Non-Owned Auto Liability, Auto Liability (if they  own a vehicle), Workers’ Compensation and Umbrella.

The personal liability coverage section in a homeowners policy covers  non-business, non-automobile liability exposures of the named insured and  family members as defined in the policy, anywhere in the world. This  encompasses claims for bodily injury (physical injury, sickness disease or  death), property damage (physical damage to property of others including loss  of use of that property) and personal injury (claims for libel or slander or  false arrest).

The board's D&O policy excludes claims for injury or damage, which should be covered by  general liability policies. A good D&O policy should cover “Full Prior Acts” of previous boards, with the exception of acts which resulted in prior  litigation, which should be covered by earlier D&O coverage or events for which the insured had previous legal notice or  knowledge.

A carefully worded lawsuit regarding the amenities could trigger the D&O policy, such as allegations that maintenance assessments were inappropriately  imposed.

D&O insurance may also provide additional protection. For example, if there is an  injury at a facility’s swimming pool, and the director and the board had decided that it was not  necessary to hire a lifeguard, this type of insurance could further protect  them.

“The community association could benefit from a Commercial Umbrella Liability to  supplement their General Liability, Directors & Officers Liability and Employers Liability,” Davis says. “The Directors & Officers liability policy is a type of professional liability policy for board  members. It covers claims made against the board stemming from a variety of  causes. Some of these claims include breach of contract with a vendor, a unit  owner who thinks a community association rule is discriminatory or somehow  infringes on their rights.”

Insuring for a Rainy Day

According to Barbara D. Wick of CARMIC, LLC, an insurance and risk management  consulting firm in Northfield, Ill., a board needs to consider these three important things when  selecting policies: a) A careful review and identification of what is their responsibility, and its  value; b) A careful review of what could cause damage for which they would be  responsible; and c) The magnitude of potential loss.

That’s why in addition to the basic coverage, a building should have excess liability  or an umbrella policy to protect themselves from exposure to lawsuits.

“When it comes to liability claims, you never know when enough is enough,” says Ron Sirotzki of Hollinger Services, Inc., an insurance firm in Elk Grove  Village, Ill. “Unlike insuring a building for a property, one has a good idea on what the  replacement is if it had a total loss. For a liability claim it can be  anything. Therefore, all you can do is work within the budget and make a  prudent decision based on the exposures the association faces each and  everyday.”

So how much is really needed?

“The classic flip answer is $1 more than the largest lawsuit that could arise  from the use or existence of the amenities,” Wick says. “In reality, some reasonable estimate of the sort of losses that could result  from the amenities. As high an umbrella as possible is wise; it provides good  sleep medicine.”

The board needs to review their declarations and bylaws to make certain they are  in compliance with selecting certain coverage that the documents require. Some  policies like workers’ compensation are shown as optional for the board to take.

“The board would benefit from a complete risk management review from their  insurance agent, as well as input from the property manager,” Davis says. “It is critical that the board does not omit coverage for property or liability  exposures that they face.”

For example, if board members, property managers or volunteers use their own  personal automobiles for community association business, the board should  include hired and non-owned automobile liability coverage.

When boards hunt for policies, they need to at least confirm that the coverage  complies with their declarations and bylaws along with ICPA or the Common  Interest Community Association Act (CICAA).

“Making sure that the insurance carrier is rated at least A- and be an admitted  carrier to the state of Illinois is important,” Sirotzki says. “If the association has a property manager, the association’s commercial liability, fidelity and the directors & officers liability include them as a named insured. Lastly and very important  is having proper coverage for increased cost of construction due to building  codes.”

Wick says that workers’ compensation is important as it covers injuries to community association  employees. “We encourage associations to purchase this coverage even when there are no  employees,” Davis says. “This is used in cases when an uninsured contractor is injured on their premises  and attempts to file a workers compensation claim against the association.”

To illustrate a not-uncommon scenario, let’s say there is water damage claims due to a frozen pipe or sewer backup. If a  condominium unit owner had minimal coverage—usually $1,000—they could be facing an uncovered loss of $10,000 just for flooring.

“If that same unit owner had a finished basement that was not originally  installed by the developer and had a fire claim, that unit owner could be  facing a uncovered loss of $50,000 or more,” Sirotzki says. “However, if the neighbor next door had the proper replacement cost coverage for  amenities and suffered either type of loss, he would only have to pay out his  insurance deductible.”

An example of a covered claim is when a visitor slips and falls on the wet  swimming pool deck of the common element pool, then the general liability  coverage of the association applies to this bodily injury claim.

An example of a denied claim would be if the community association is sued by a  vendor for breach of contract. The lawsuit was filed when a new D&O liability policy was in force. It turns out the board knew of the contractual  dispute months earlier while the previous D&O policy was in effect. The board/property manager did not purchase “tail coverage” on the expiring D&O policy, nor did they mention this dispute on their new D&O application, thus voiding coverage for this dispute.

Remember, all insurance policies are not created equal, and in our litigious  age, getting proper coverage for your co-op, condo or HOA’s amenities is crucial for the well-being of your association, its residents,  and their guests.

Keith Loria is a freelance writer and reporter for The Chicagoland Cooperator.