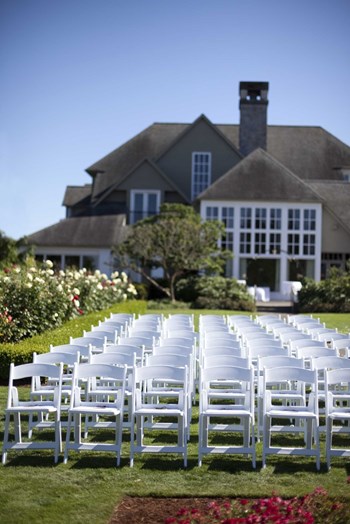 The Great Recession has required all boards and property managers to investigate new and progressive ways to ensure that their bottom line is covered. While this has always been the mission, the economic reality of recent years has inspired more of a push to find creative solutions—new revenue streams—for condos, co-ops, and homeowner associations alike.

There are numerous ways boards can increase revenue, including installing cell phone antennas and vending machines, or with advertising efforts such as billboards and other exterior signage. However, there are also numerous obstacles, regulations and concerns to be addressed before this potential revenue can be realized.

“Boards have to have a realistic understanding of expectations,” says Jim Stoller, president of The Building Group, which provides real estate and management services throughout Chicagoland. “Too often we see people running for a board like a typical politician, without knowing the budget or understanding costs such as water, electric, gas and insurance. People move to buildings with certain expectations and typically people will vote to maintain the service level they had when they moved into the building.”

If the idea is not to cut services such as valet parking, or limit lobby cleaning services from five times a week to three, then determining what options do exist to offset increases becomes a board's primary objective. The first area most boards look at is what is referred to as 'passive' revenue generators, such as rooftop antennas or signage. These are often the easiest to pitch to residents.

“We have done a lot with antennas on top of buildings, but many people are scared about radiation—despite market data that supports that there is no danger,” says Stoller. He explains that buildings which have moved forward with installing antennas earn between $1,000 to $3,000 per month in rent from telecommunication companies. “We have one building with multiple antennas that is making upwards of $8,000 per month,” he adds. Cell phone and cable companies are actively seeking new sites, but require long term commitments—a catch that many boards do not realize. For example, a board should be prepared to enter a 10 to 20 year contract with renewals clauses based on successful milestones clauses embedded in the contract.

While residents may embrace the idea of putting billboards or other signage on their building's exterior to raise money, selling the concept to Chicago city officials is another story entirely. Once the board and residents agree, it can still be a long road before the first dollar is realized.

“While signage is passive once installed, obtaining city zoning approval for new signage placement can be a difficult process,” says Garrison.

Stoller agrees, adding that “It is very difficult to put a sign on a residential building in the city of Chicago. We have one association that sits adjacent to a highway that has been trying to get signage on its building for over a year. We still do not have permission from the city, and we're not sure when we will.”

Since the antenna and signage discovery to implementation process can be long and intensive, there are other revenue avenues to explore. “Many buildings look inside their building to generate revenue from their residents by offering additional value. An example of this would be pay storage lockers or converted space to allow leased parking,” says Garrison. “Often this is possible by utilizing unclaimed or reclaimed space in or around the building.”

Stoller says many boards will opt to install soda and other vending machines in common areas. While he said these might only represent a few hundred dollars in monthly revenue, the convenience factor is attractive to residents. Other boards may be against it for aesthetic reasons.

Regardless, creativity is the name of the game. To this end, many managers and boards have made an effort to think outside the box, renting their building out for television and movie shoots. “We just had a reality show shot in one of our buildings and it generated over $100,000 for that building for a 10-week contract,” says Stoller. While the revenue is enticing, he does note that residents have to put up with camera crews and common space issues; however, unlike an antenna, once the the director says 'that’s a wrap,' life in the building resumes as usual.

For smaller buildings, determining who should lead the revenue charge—the manager or board—can become an issue. Often times there is a gray area as to where this responsibility should fall. Therefore it is best to have objectives spelled out in the governing documents of the association.

Seasoned, experienced board members generally have an understanding of what possibilities exist with regard to the budget and are able to anticipate shortfalls and economic constraints. If a manager has been hired without discussion regarding revenue opportunities this issue should be revisited so an acceptable game plan that will meet the needs of the board and residents can be worked out.

“I believe it is a manager’s responsibility to assist in the identification of potential revenue sources,” says Garrison, “however, completion of many of these require significant board involvement. Many, such as rooftop antennas, are controversial with some unit owners resisting the installation of an antenna regardless of the revenue it may generate. In the case of signage, owners may not like the appearance or location of the sign and may be opposed to the project.”

A board’s first concern should be to ensure that the building or HOA has a predictable cash inflow, and that past due accounts are collected in a timely fashion. The latter has become an increasing problem. The pros agree that if arrears and defaults are not properly dealt with, any additional revenue streams are simply a stop-gap measure, and don't do anything to move the community forward.

“The goal is always to recoup all of your money,” says Stoller, “and the last few years with all the foreclosures, boards know now that they have to allocate a certain amount of money for uncollected assessments—which is not something we've seen before.”

“Collection of assessments,” Garrison adds, “should be the primary revenue concern. If this area is well-managed, associations can then look for appropriate ancillary revenue streams. I recommend the board form a committee on this topic to explore options within and around the building. Once these have been narrowed down, they should be vetted with the association at large to ensure the concept is acceptable to the majority of owners.”

When it comes to boosting revenue, self-managed buildings often start with a few strikes against them. For example, due to the smaller size, they may not be on the radar of companies looking to install antennas, which is normally the most lucrative revenue stream for a building. Additionally, board members are usually stretched thin as it is and have little time or inclination (often due to lack of experience) to pursue possible contracts with vendors. Stoller and Garrison encourage boards in these situations to seek the help of organizations like the Illinois chapter of the Community Associations Institute (CAI-IL) which can offer valuable guidance.

Larger buildings have more bargaining power but often times residents are able to veto proposed objectives for a myriad of reasons. For example, Stoller notes one building that has been debating for nearly three years the removal of a valet parking program. The older residents wish to keep it, but the balance of new residents are younger and would rather forgo the program to decrease spending.

So often times a smaller building with 15 units opposed to 400 units may have an easier time instituting, or removing, programs. “In some cases smaller buildings may be easier as the board is able to meet with all owners and reach consensus on what the owners are willing and interested in doing with regard to increasing revenue.”

One bright spot in an otherwise gloomy economic picture is that thanks to the recession, boards have become more fiscally responsible, with an eye towards the future. Many who have so far weathered this economic storm now understand that the best financial offense is a good defense. “These days we are seeing more sophisticated board members,” says Stoller. “These are educated consumers who are looking at budgets line-by-line and looking for the lowest price and ways to increase revenues, and we like that.”