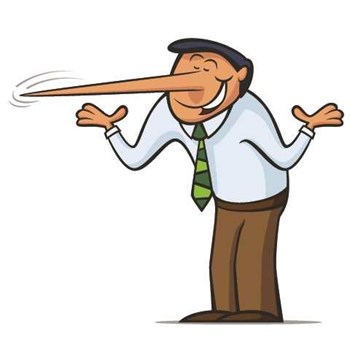 Last year the co-owners of a Chicago realty company that managed dozens of  condominium properties were charged with fraud for stealing more than $2  million in assessment payments between 2005 and 2008. They trio covered up  their fraud by creating false monthly financial reports for the accounts of  each property managed and used the money to pay off personal debt they had on a  real estate project.

Fraud and embezzlement in the workplace is on the rise. The Association of Fraud  Examiners (ACFE) estimates business losses of $400 billion per year—or about 6% of total annual revenue.

Sadly, when fraud is discovered in the context of community associations, or any  nonprofit, it usually takes shape as embezzlement over many years by a trusted  member or employee. Insurance companies that defend nonprofit clients from  fraud can be victimized themselves.

“Fraud happens quite a bit in condo associations,” says Marshall N. Dickler, a principal of Dickler Kahn Slowikoski & Zavell Ltd., in Arlington Heights. “The truth of the matter is that it’s everywhere. People are tempted and they’re human and sometimes there’s no rhyme or reason to it. There have been a number of property managers who  have actually gone to jail in Illinois the past couple of years. In most of  these cases, rogue property managers took thousands of dollars from association  accounts. An association we represent, the accountant actually came to us and  showed the books to us, and we went to the management company and insisted that  they refund the money and they did. They paid the money back, but the  management company ended up doing it again, but the second time they did it,  they folded and disappeared.”

On the other hand, notes Joel Davis, regional marketing director for Community  Association Underwriters in Hoffman Estates, community associations have been  known to perpetuate fraud.

“When associations are self-managed you’ll find volunteers who are handling large sums of money on the board. In most  cases the treasurer is going to be the lead culprit or anyone else who has  access to the funds,” he says.

In addition to embezzlement schemes, there are a few fraud-like situations that  are specific to a community association setting like board members taking  kickbacks from contractors or property management companies misappropriating  associations money for personal use, observes Dickler.

“We always recommend being on the lookout for potentially fraudulent contractors,” says Joe Schneider, an insurance agent with Allstate Insurance in Chicago. “We recommend working only with established contractors who have a solid  reputation. Specifically, those that are licensed, bonded and insured. It doesn’t hurt to ask for documentation as well, they should be more than happy to  comply.”

Fraud cases that occur in the context of community associations can be downright  sneaky. Davis describes a claim his firm recently received involving a  treasurer who used reserve funds as his personal ATM machine.

“I had an association a couple of years ago that met so infrequently that the  treasurer rarely had to account for the funds. His business was slow so he  began helping himself to the reserve funds,” says Davis. “To his credit he was putting some money back. So he was taking these ‘loans’ out of the reserve fund to help his struggling business. Suddenly the  landscaping contractor called the board president saying ‘you’re not paying your bills, what’s going on?’ The president was surprised and told him that we’re current with everything. Let me check with our treasurer. So he went to the  treasurer and the treasurer very sheepishly says, ‘yeah, I’ve been borrowing for my business but I’ve been putting some back.’ This was going on for about two years and at the time the reserve fund was  $31,000 short so this got to be a big thing.”

In lots of cases, especially with smaller associations, the board is comprised  of a group of neighbors volunteering their time, trying to keep the cost down  so things can become very informal, notes Davis. “People have to put their emotions aside and treat it as a business,” he adds. “You have to make people accountable. This is other people’s money we’re talking about. And a lot of these people who commit fraud are in a position  of trust.”

A faltering economy coupled with a foreclosure crisis can lead desperate people  to do desperate things—even trusted board members and property managers.

“Fraudulent activity and theft is being committed by the full gamut of anyone  that would have access to the finances of the association,” says Dickler, “Board members, the treasurer or somebody working with the treasurer.  Occasionally employees have access to checking accounts and checks, and you’ll have employees writing checks and signing someone else’s signature.”

Insurance Has its Limits

Directors and managers assume that insurance is the first line of defense to  provide protection from charges of fraud, although Davis points out, “Some associations have this included in their package policy in a subsection  known as employee dishonesty. It’s also known as fidelity coverage because it’s covering against infidelity of somebody working for you. These policies expand  the definition of employee to include property manager and uncompensated board  members.”

Board members need to understand all aspects of their insurance package—what each element can or cannot do.

Many insurance policies are capped at $100,000, so homeowner associations will  need separate policies to insure for more than that amount.

Davis agrees with Dickler that at large properties, or in certain cases,  multiple properties, reserve funds can be a temptation. A couple of years ago,  the head of this company who managed 40 associations, all under 30 units—and he and his partner were collecting these funds,” Davis recalls, “But at the board meetings he was not giving the board members bank statements.  He was giving out his own computer-generated report. Board members kept saying ‘we want to see our bank statements’ and he kept putting them off, tomorrow, next week, next month until they  finally stormed his office. But by that time, his office was closed and the guy  was gone. If a management company won’t show you your bank statement that’s a red flag. If there is no annual audit, that’s another red flag.”

When insurance companies are victimized, fraud can take the form of  misrepresentation. For example, if a condominium is described as having a  sprinkler system on the policy, but not in reality or builders or contractors  fudge some numbers and think it will never catch up with them, the insurer won’t pay up [for an insured event] if there was misrepresentation on the  application.

Dickler, Davis and Schneider all agree that the associations that are most often  victimized are usually not small properties, and it’s usually done by managers or a staff who is taking advantage of a board’s trust. “In most cases people who are committing these crimes are long term board members  or employees,” says Davis. “Think about it, if you were a board member who committed fraud would you want to  stick around and face your neighbors? Who would want to? It’s not like you just see these people at the supermarket; it’s where you live. It’s very personal on all these levels, it’s where you live, and it’s your neighbors.”

In some of the bigger condominiums and associations, unit owners write checks  for their monthly dues, which go to the management company, which deposits them  and then [management] writes checks to vendors. It’s usually a bad apple who gets to control different levels [of finance]  collecting checks and then writing checks. If someone is skimming $500 each  month for services no one really scrutinizes, then things start small and get  bigger over years and years.

In most cases fraud and theft in nonprofit organizations are usually traceable  because of paper trails. The most common scenario is a rogue bookkeeper who has  the opportunity to steal.

Years can go by as fraud or theft continues. Often, the fraudulent activity is  discovered by accident.

“Usually a new employee is involved. Say an accountant or a bookkeeper” says Dicker, “And this new employee will notice the books and say ‘there’s no explanation for these withdrawals.’”

“Fraud is usually discovered in various ways, but definitely checking with the  Better Business Bureau can help with these types of things,” says Schneider. “We also make sure to tell clients to never feel pressured into signing anything.  Never sign contracts with blank information on them and every contract should  include the contractors name, business name, phone and address. Also, never let  anyone persuade you to seek money for non-existent or exaggerated losses or  damage as it would be considered felony insurance fraud.”

Law enforcement should be enlisted when fraud or theft occurs, even in cases  where victims may be reluctant because of embarrassment because the illegal  activity may have been committed by a family member or trusted employee.

“The policy conditions usually state that if a law has been broken they want it  reported to the policy,” says Davis. “They want it on record. This help preserves the company’s right to recover against a third party. That’s usually a condition we want on record.”

Recent case law indicates that there is culpability for not warning someone  about criminal actions and knowingly holding back information regarding  criminal intent.

Keep in mind that the term ‘con man’ derives from ‘confidence man’ because it’s someone who has gained the trust of his or her victims.

Marie Auger is a Massachusetts freelance writer and a regular contributor to The  Chicagoland Cooperator and other publications.