Do not show again [X]
By Marie N. Auger   2012 December Board Operations 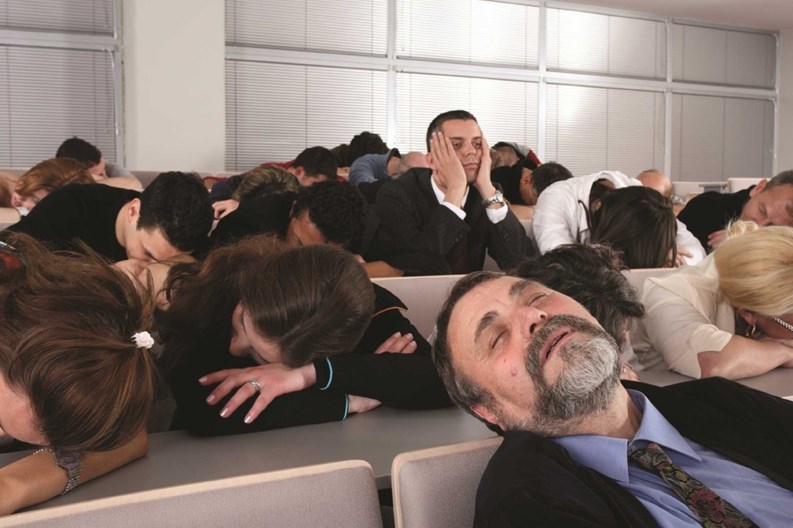 Disorganized and poorly-run board meetings are time-wasters that can make even  the most ardent board member cringe at the thought of an upcoming session. On  the flip side, a well-run board meeting can be a productive hour or two or  three that benefits the entire building. Here are a few tips from the  professionals for getting the most out of your meetings.

Preparing for the Meeting

No one should be heading into a monthly board meeting unprepared and uninformed.  The days when the board meeting served as the primary method of disseminating  information are long gone; today rapid communication like email, smart phones  and BlackBerry devices can keep board members, residents and managers  up-to-date monthly, weekly, daily or even by the hour. So preparation for the  next meeting can begin almost as soon as the first one ends.

Others would agree that preparation is the keystone to having a successful and  stress-free meeting.

“Preparation is crucial,” says Bruce Corson, president of SOAR, the Streeterville Organization of Active  Residents and a former condo board president. “It’s crucial for a number of reasons, but the main reason is you want to be sure  that people are coming to the meetings fully prepared to understand what the  issues are and have had a chance to think about what their response or what  their point of view will be.”

“Before the meetings you should get out information like monthly financials to  all the board members in advance so they can review them prior to the meeting,” adds James Carlini, president of the Lake Shore Towers Condominium Association  on Lake Michigan. “Board members should also look at any other building projects or issues prior to  the meeting. We also try to make the meetings a little social. A lot of times  in condo buildings people are isolated from the people who live around them. It’s important that if you live in 401 you know who the people are in 703.”

It can be difficult keeping to the task at hand during the course of a board  meeting where high passion and lively discussion often take center stage. But  there are ways to keep meetings from dragging on interminably.

“My preference is to have the agenda posted in advance and I’ll allocate a certain amount of time for each topic,” says Corson. “That way I can help keep the board on track, on a purpose, and on a time limit.  Going into a board meeting without any anticipation of how long it’s going to last doesn’t serve anybody.”

Another culprit of meetings veering off course is if participants are unaware of  the agenda, which can present a big problem. “A good strategy is that if you are a board member or a property manager you  should make every effort to make sure that everybody participating in the  meetings has a clear understanding of what will be discussed,” says Corson. “Because when you walk into these meetings and people are hearing for the first  time the topics, they are either surprised or their immediate reaction is not a  very well thought out response.”

“The very first piece of business is that I get the board to approve the agenda,” says Carlini. “That way you don’t have board members two-thirds of the way into the meeting saying that ‘I want to talk about this issue.’ Then the meeting could very easily drag on another hour.”

Additionally, according to Brian Connolly, a former board member of the 111 East  Chestnut Condo Association in downtown Chicago, it is important to be mindful  of the fact that since boards are comprised on volunteers, many members, or  even presidents, may be unaware of how to chair a meeting. “Once we had a board president who was unsure of how to run a meeting so they  deferred and let one of the managers do it because they had more experience,” says Connolly. “And that’s okay. Board members are basically volunteers; they are not seasoned  politicians, if you don’t have the experience, pass it on to someone who does.”

“A mistake that many boards make in a building is that they try to do everything  in a meeting,” adds Corson. “It’s the sub-committees that should be doing the heavy lifting. The boards should  be receiving reports from the subcommittees where issues have been discussed at  great length and then they make a recommendation to the board. A board meeting  is not the place to get into certain types of details.”

There is no requirement that Robert’s Rules of Order, the prescribed guide for parliamentary procedure used by most  government and corporate entities, are followed at a board meeting unless it’s specified in the condominium documents, but most condominium documents leave  the rules of order to the board president.

Corson wholeheartedly agrees, “Board meetings need order, whether its’ Robert’s Rules or something else. I think it’s clear that without some procedures you can get tangled up into personalities.  So it doesn’t have to be Robert’s Rules of Order but it can be some sort of rules and those rules can be decided  every year. A newly elected board president can say ‘this is how we’re going to run our board this year.’ We try to go by Robert’s Rules. We run things a little strict compared to other condo boards. But we  found that things go much better the stricter we are.”

Meetings are the place when board members and unit owners expect to share their  views or bring up matters relevant to the building community. This can be a  problem when everyone has something to say and an inexperienced facilitator,  who is unacquainted with keeping order is chairing the meeting.

“The president of the board is definitely in charge if things get heated,” says Carlini, “The building manager is there to help facilitate and get reports to the rest of  the board members and that type of thing.”

Confusion can arise over what role the property manager plays at a board  meeting. So it’s best everyone knows what’s expected of them.

Marie N. Auger is a freelance writer and a frequent contributor to The  Chicagoland Cooperator. Staff Writer Christy Smith-Sloman contributed to this  article. 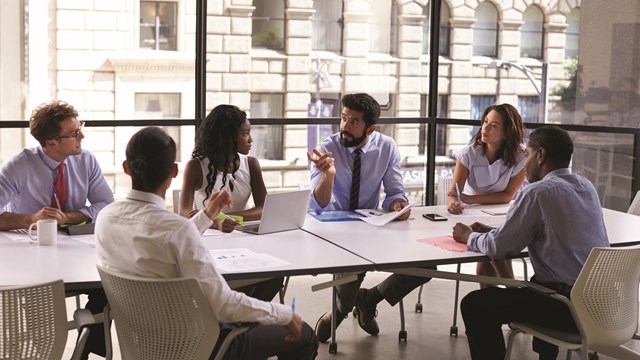