Do not show again [X]
By Paula Castner   2014 May Maintenance 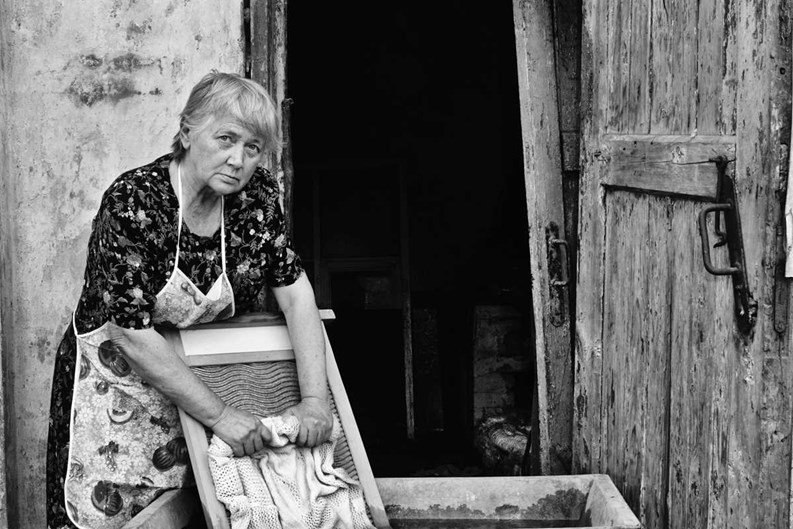 Ask people to list the household chores they dislike most, and chances are, doing laundry will consistently rank among the top ten. The need and appreciation for clean clothes gets overshadowed by the hassle of having to constantly wash and dry them.

So, when it comes to laundry, “people want flexibility,” says John Sellier, regional director of sales for Mac-Gray Laundry Services, headquartered in Waltham, Massachusetts. The company has offices in more than a dozen states, including New York and New Jersey. “They want the convenience of being able to do their laundry when they want, how they want.”

Through a merger in 2014, Coinmach and Mac-Gray together now own more than half the market share of condos and HOAs in the country. CSC ServiceWorks, the parent company, owns a family of nationwide businesses, including Coinmach Corp., Mac-Gray, ASI Campus Laundry Solutions, Sparkle Solutions Corp., Appliance Warehouse of America, AIR-Serv, AirValet, Service Directions Inc. and Super Laundry.

When some high-rises convert to condominiums, the “flexibility” Sellier references often translates to in-unit laundry equipment. “But there are all sorts of plumbing and venting problems” created by those moves, because many buildings—particularly older construction—aren’t designed for that use, says Barbara Edelstein, a managing member of Supreme Laundry Service, a family-owned company based in Chicago.

So while it’s true that new construction touts space for individual laundry amenities, community laundry facilities are still the norm in older condos and HOAs, as well as newer condos that have been converted from rental apartment buildings where the plumbing will not allow for in-unit machines. Gone, however, are the days of dim and dingy laundry rooms located in a basement that no one really wanted to visit. “We have one building on Michigan Avenue that spent $65,000 to do over their laundry room,” Edelstein says. “It’s gorgeous.”

Bob Ilg of Universal Laundries headquartered in Skokie agrees that the days of the uninviting laundry space are over. “People are looking for a high-end amenity, something ‘kitchen-esque’ that will become an extension of their home,” he says. “They want it to maintain the value of their home and be aesthetically pleasing, as well as being functional.” That translates to composite kitchen-type countertops, 18” tile instead of 12” tile, and attractive, high-end lighting (not those buzzy, sickly-greenish fluorescents). One Chicago high-rise, he says, spent $40,000 to $50,000 to redesign the laundry room, complete with a sitting area that offers WiFi and television.

In fact, community laundry rooms as we know them have changed dramatically for residents of many multifamily buildings. Some associations these days are going really high-tech, with laundry rooms that do everything except put your clothes in the machine and fold them when they’re done.

For example, you won’t see residents lugging bags or cans of quarters along with their clothes as they head to the laundry room today. "We're using debit and credit cards," says Daniel Scharfman of New York-based ACES Laundry Service. “It really makes life easier. People are used to using their cards, they like it, and it’s simple.” Each machine, he explains, has a card reader. Users can simply swipe their credit or debit card just as they do with any other purchase.

“With coin-operated machines, there was basically nothing new since the 1930s,” Edelstein says. Then came the electronic age. “Now you can use credit cards, and even start a machine with your cell phone. It’s amazing. The phenomenon of the cell phone has changed our lives.” In many cases today, she notes, “it’s all digital; there’s no money in the laundry room.” The change from coin-op machines, she says, also eliminates the vandalism stemming from attempts to access the cash.

While washers and dryers may not be commonly found in condominium units, computers and ‘smart’ phones are—opening a new era of laundry convenience for residents. “You can view equipment from the website, and see what’s available,” says Ilg. “You can even get a three-minute reminder when your laundry is going to be done. It’s a real convenience, instead of getting down to the laundry room and finding out there’s no equipment ready to be used.” One big building, he notes, has 17 laundry rooms—so knowing where to find an open machine before heading out the door “is easier than chasing elevators” to find available equipment.

Faster communication options have improved service times, too, so that customers aren’t left without laundry facilities at peak times. Some of new laundry systems, Edelstein notes, offer remote diagnostics that can be accessed directly from a company’s office. “You can click to see if a machine is not working. If someone calls, you can even start the machine for them,” she says.

When it comes to the financial side of community laundry facilities, people hold differing opinions about what “cost effective” means. For most buildings, the bottom line is having an attractive laundry facility with quality equipment and prompt, efficient service from an outside vendor when a problem arises. Other communities see the laundry room as an income stream, and prefer to own the equipment outright.

According to Sellier, “Condo associations can certainly purchase the equipment from us and own it, and we walk away, but in my experience condominium associations rarely do this. They don’t want to be responsible for collecting and handling money and calling up Joe’s Service down the street when a machine isn’t working.”

There was a time when laundry agreements included automatic renewal provisions that created problems for some buildings. But Sellier says automatic renewal provisions are not as great an issue these days. “Now most laundry companies have longer fixed term leases—5, 7, or 10 years—with no (automatic) renewals, because the previous documents were onerous. Property management is so volatile that you may have multiple managers over the term of the lease. If you didn’t cancel one year prior, the contract would simply renew under the same terms without the new manager knowing. Now the industry standard lease document is one that is friendlier to both the companies and to the condo owners.”

“Condo boards are very sophisticated, and some of them did get burned with longer-term contracts,” Edelstein agrees. Today, she says, “I have some five-year contracts, some seven-year; very few go to 10. We have to build a relationship with them, and work with them.”

Ilg notes that while the company does sell washers and dryers, most of the communities his firm deals with find that “There really isn’t much incentive to be the owner of the equipment.” For condominium associations looking to install these more energy-efficient machines, leasing rather than owning allows for a speedier transition when new, improved technology comes onto the market. A five- to seven-year contract period pretty well matches the life span of equipment serviced by the company, and with a new contract, new machines can be installed. When buildings own the equipment, Ilg says, machines are often replaced on an “as-needed” basis, when something breaks down—leading to an unwieldy mix of old and new equipment in the laundry room.

“We constantly try to keep up” with new technology, he notes, “while self-ownership tends to run longer, and the residents suffer. It’s no different than any other service; there is a trade-off.”

Another area of agreement among property managers and vendors is the need for community laundry facilities to be more energy efficient. “Energy efficiency has become paramount for all large manufacturers,” says Sellier. “We now use front-loading washing machines which extract the water at a faster rate, which shortens the dry time, which uses less energy and also makes the whole process move faster for the consumer.”

In 2007, the Department of Energy set standards for regulating energy and water factors for commercial machines, restricting the amount of water in a cycle and how much energy could be used to wash and dry clothes. The result was that condominium associations received a huge savings to their water, sewer and electrical bills and added a greater environmental benefit to the community.

According to the pros, years ago, a top-loading 14-pound machine consumed 36 gallons of water. The new high-efficiency machines with a 20-pound capacity—six pounds larger — only consume 12 gallons of water. And from the customer’s end, there’s an immediate savings, too, since the high-efficiency units also use less detergent. In addition to using less water, the new machines spin more water out of the clothes, saving on both time and expense in the drying cycle.

The other advantage to vendors replacing the machines is that residents are more quickly able to make use of the “bells and whistles” of newer manufactured machines. Gone are the days of simply choosing the size of a load and the temperature of the water. As both vendors and property managers explain, today’s machines provide residents with more choices and flexibility. The type of clothing is separate from water temperature which is, in turn, separate from cycle choices such as a newer “hand wash” cycle. Also, residents have a choice of more dryer settings, including “fluff,” which is equivalent to line-drying clothes, only much faster—and, obviously, indoors.

So, for condominium residents who have ranked doing laundry as one of their top ten most-hated chores, the good news is that laundry vendors, the Department of Energy, and property developers, owners, managers, and associations are all working together to make that particular chore a little more palatable.

Paula Castner is a freelance writer and a frequent contributor to The Chicagoland Cooperator. Associate Editor Pat Gale also contributed to this article.