Do not show again [X]
By Matthew Worley   2011 August Insurance 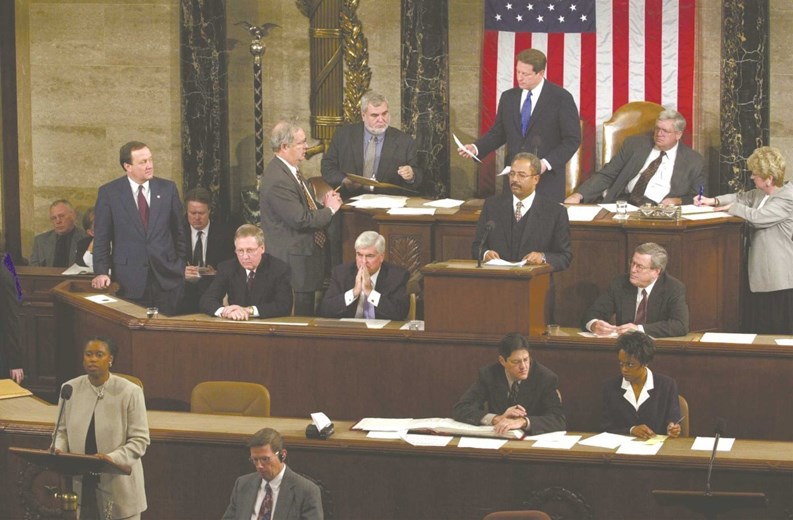 Recent developments, both legislative and environmental, have led to  considerable changes in the Illinois insurance marketplace. And such changes,  as managers know, often lead to added paperwork, confusing requirements, and  tricky legal questions for condo boards. While many new insurance products—such as the heavily-hyped “terrorism coverage”—have failed to catch on for the condo market, modifications in traditional  coverage have altered the insurance picture in ways previously unseen.

Many insurance insiders now see condos as liabilities in the wake of the Great  Recession. And that, in turn, presents problems for management. Although unit  owners pay reserve fees on an ongoing basis, insurers fear some managers may  defer maintenance in a bad economy. When that happens, say experts, condo  properties become a bad risk, producing losses that are passed on to condo  associations.

"The ongoing protection of condominium owners in Illinois appears to be reasons  the Illinois Condominium Property Act has been amended in previous years,” says Tifinni Tegan, CIC, the assistant vice president of Ian H. Graham  Insurance (part of Aon Affinity) in LaGrange, Ill., who specializes in crime  and fidelity and directors and officers insurance coverage. "The downturn in  the economy and homebuilding has highlighted the crime and fidelity  requirements of the Illinois Condominium Property Act in more recent years. The  managing agent or property manager and their employees must be covered under  the association's directors and officers coverage. An association may then need  to obtain more comprehensive coverage than that previously purchased."

The Illinois Condominium Property Act (ICPA) outlines specific insurance  coverage and limit requirements for all condominiums in Illinois and  specifically states that if any condo instrument has provisions in it that are  inconsistent with the act, these instruments are considered void.

Insurance professionals say the recent housing bubble has led to confusion for  managers and agents alike. “I think the concern for insurance companies is that often times condo  associations may feel that the value of those condominiums have come down in  price,” says Loretta Worters of the Insurance Information Institute (I.I.I.). “So a lot of associations tend to think they can reduce their amount of insurance  because it’s based on the value, when, in fact, the cost of insurance is based on  rebuilding costs.”

Last month, overseers of levees in southwestern Illinois welcomed the advance of  a federal measure that could give property owners in the area up to a five-year  reprieve in buying costly flood insurance, according to the Associated Press.This measure includes a provision that will allow the communities required to  buy flood insurance up to a five-year suspension of the mandate in order for  them to focus on fixing their levees rather than paying flood insurance.

“This is a big step forward for us,” says Les Sterman of the Southwestern Illinois Flood Prevention District. “One of our goals is to try to limit the economic damage to the community during  the time we're making improvements, and one of the components of the damage  would be the (insurance) mandate.”

Backed by the White House, this measure still needs approval from the Senate.  Planning levee improvements in the area began in 2007 after the Federal  Emergency Management Agency (FEMA) said it would declare the levees  functionally useless, ultimately requiring property owners with  federally-backed mortgages to buy pricey flood insurance.

At the same time, the U.S. House of Representatives passed a bill, introduced by  Rep. Judy Biggert, (R-Illinois), requiring FEMA, which runs the flood insurance  policy program, to reduce the number of policies it issues directly to not more  than 10 percent of the total number of flood insurance policies in force.  Additionally, it would require FEMA to find “Write-Your-Own” companies to take over policies formerly underwritten by State Farm. It also  would require the National Flood Insurance Program (NFIP) to establish a  reserve fund to pay for catastrophic losses.

However, FEMA has held off on decertifying the levees and anger has been  mounting over FEMA's plans to unveil new flood plain maps where FEMA asserted  that the levees—many more than half a century old, do not meet the minimum requirement for  certification. The fear is that without that accreditation, property owners  would be left paying higher, unaffordable flood insurance rates while land  values would be devastated, hindering development.

As an example of how the record breaking bad weather and flooding has affected  the industry, on July 15, 2011, Allstate announced that it would be hiking  homeowners insurance rates by 9 percent in order to address losses from higher  claims due to the storms. The Northbrook-based insurance company, the  second-largest insurer of homes in the state, behind Bloomington-based State  Farm Insurance, is raising its rates by 2.5 percent to 9 percent effective July  11th. The increases will be charged to newer customers.

For nearly 80 percent of Allstate's 475,000 policyholders in Illinois, rate  increases will be 2.5 percent or 3 percent but for nearly 105,000 customers who  became customers after March 23, 2009, the increase will be 9 percent. Allstate  CEO Thomas Wilson has said in recent months that the company will increase  premiums for insuring homes across the country, as it continues to pay more in  claims and costs than it takes in from its customers. In the second quarter of  this year, Allstate incurred $2.3 billion in losses from tornadoes and similar  catastrophes other than hurricanes and earthquakes. That was more than the  catastrophe losses the insurer suffered in all of last year.

This is the third straight summer that Allstate has hiked homeowners rates in  Illinois. Last year, it increased premiums by 8 percent and the previous year  by more than that.

Wind/hail deductibles—deductibles relating to damage by traditional thunderstorms are rapidly becoming  the most significant cost concerns in the aftermath of a wind-related disaster.  Experts say that the steepest wind deductibles will top out at five percent.  The amount an association will pay depends on the property’s insured value and the "trigger" selected by the insurance company. Though some  remaining insurers do offer traditional deductible-based wind coverage in  exchange for higher premiums, such terms are increasingly rare in Illinois.

“Many insurers have reduced the number of policyholders they insure in high-risk  areas,” says Worters. “Some insurers, who have too much exposure in an area, may decide to not write in  that area. While others, who have less exposure, will take up the slack.”

If you are one of the unfortunate people who are having difficulty trying to  obtain homeowners insurance coverage, the Illinois Department of Insurance  provides a wealth of information online for homeowners. The department will  help find insurers who are writing policies in your area, and will provide  advocacy if you feel that you've been unfairly treated by your carrier. In  addition, you will be able to find information on how to be more proactive so  that you are better prepared in the event of disaster.

The department also provides helpful hints such as reminding homeowners to  prepare for the possibility of a spring flood by checking existing homeowner  policy coverage and determining whether to add flood insurance, reminding  consumers that they should thoroughly identify the limits and benefits of a  policy before damage occurs and know that flood insurance coverage, which is  not included in a standard homeowner or renter policy, is usually not effective  for 30 days.

The simplest advice is still the best: be prepared, and encourage your  individual unit owners to be prepared, as well. Management companies should  proactively encourage the purchase of HO-6 coverage for all unit owners—even those who aren’t required to carry it. “Speak with your agent,” says Worters. “Also look at what your bylaws and rules are. Make sure you have enough coverage.” Good advice in any season.

Matthew Worley is a freelance writer and a frequent contributor to The  Chicagoland Cooperator.