Do not show again [X]
By Debra A. Estock   2016 November Neighborhoods 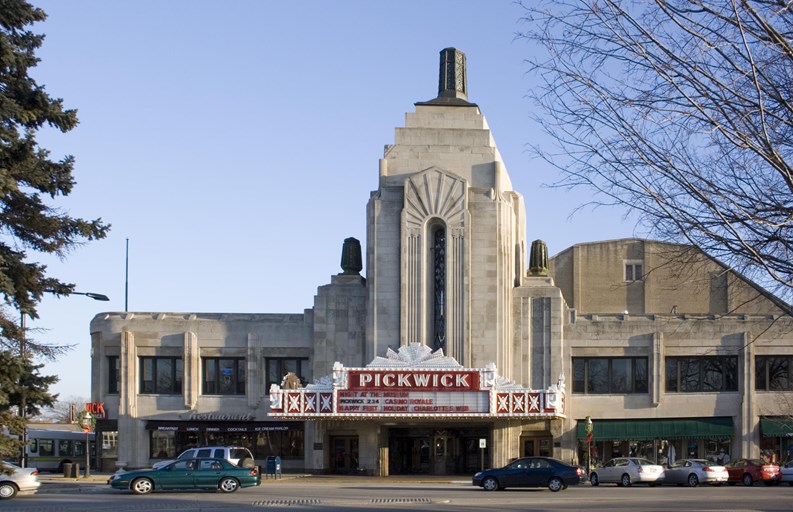 In close proximity to O’Hare International Airport, major expressways, and rail transportation, Park Ridge is a part of the Chicago metropolitan area, bordering two northwestern neighborhoods of Chicago’s Far North Side (Edison Park and Norwood Park). As of the 2010 U.S. Census, this suburb had a population of around 37,480 residents.

What’s in a Name?

As its name suggests, Park Ridge lies on a ridge. According to Wikipedia.org, the soil is abundant with clay deposits, which at one time made it a brick-making center for the developing city of Chicago. Park Ridge was originally called Pennyville to honor George Penny, the businessman who owned the local brickyard along with Robert Meacham. Later it was named Brickton. Expansion came to Brickton with the coming of the railroad, increased immigration from the East and Europe, and new residents moved in during the aftermath of the great Chicago fire in 1871. The Des Plaines River divides Park Ridge from neighboring Des Plaines, which is west of Park Ridge. Chicago is south and east of Park Ridge, and Niles and unincorporated Maine Township are to its north.

It was originally settled in the 1830s with land from the Pottawatomi Indians, and it is later claimed that New Englanders settled down there. According to its official city website, www.parkridge.us, the community was incorporated as the village of Park Ridge in 1873 (and reorganized as the city of Park Ridge in 1910).

According to the Encyclopaedia of Chicago, “By 1873 the population of Brickton was 405. The brick pits had been worked out, so when the residents voted to incorporate that year, the village was renamed Park Ridge. Over the next decades, as Park Ridge established its identity as a residential community, its leaders sought to develop the look of a traditional New England town, with large homes on wide lots and a profusion of trees. Apartments were banned and industrial development discouraged.”

But, after World War II the area sustained tremendous growth with a steady period of building residential homes. In the 1980s and 1990s older smaller homes were demolished in favor of new more modern home construction.

Park Ridge, which has attained a Tree City USA designation, is a prime residential community that retains its distinctive, small-town charm. The area’s vibrant Uptown shopping area includes the Metra station, public library and several charming parks where live musical concerts and special events are held during the summer. The city’s preponderance of tree-lined streets, pleasing architecture, excellent schools and ample parks help make Park Ridge one of the most desirable family communities in the entire Chicagoland area, the website notes.

Unique shops, famous-name stores and popular restaurants fill the Uptown area, where award-winning new buildings in The Shops of Uptown blend serenely with historic ones. The Uptown Park Ridge skyline is graced with cupolas, church spires and the 100-foot tower of the Art Deco Pickwick Theatre, a landmark.

In addition to the Uptown shopping area, Park Ridge offers other shopping and dining convenient to every neighborhood, including South Park, Village Green, the Dee Park area bordering Oakton Avenue and the Higgins Corridor bordering Chicago.

Wikipedia.org notes that Park Ridge’s most recognizable landmark is the Pickwick Theatre, an Art Deco building that dates back to 1928. Today, a movie theater and a venue for plays and concerts, the theater was named to the National Register of Historic Places in 1975. Although smaller theaters have been added to the rear of the building, the main auditorium theater remains intact in its original large five-aisle state. The main auditorium can seat up to 1,400 people. In the 1980s, the Pickwick’s facade was one of many used as the backdrop for the opening credits of Gene Siskel and Roger Ebert’s At the Movies. Speaking of movies, some scenes from the John Belushi-Dan Aykroyd classic The Blues Brothers, were filmed in Park Ridge.

Park Ridge runs on a city council-mayor-city manager type of government. The city council, the body government elected by the public, consists of the mayor, the city clerk and seven aldermen. The city clerk’s main job is to conduct municipal elections and voter registration as well as maintaining official documents and records. The mayor appoints the city manager, who carries out the policies of the mayor and city council in relation to the operations of the departments, according to the city’s official website. The roles of Park Ridge’s mayor includes presiding over council meetings, assisting the council, and promoting and defending the community.

Park Ridge has about 1,752 businesses with 18,564 employees and an unemployment rate of 8.2 percent as of August 2011, says the city’s website. Park Ridge’s largest employers include Lutheran General Hospital, the Park Ridge Public Library, and School District 207. Park Ridge touts its handsome office spaces that are available throughout the city and transportation accessible (including two Metra Northwest line stations, and the ‘L’ line between O’Hare Airport and Chicago’s Loop). You can find out more information about doing business in the city by visiting www.parkridge.us/business.

Park Ridge is very family-oriented. About 77 percent of its homes are of the single-family detached variety; 23 percent are multi-family and townhome. According to realtor.com, the median listing price among 367 homes for sale is $485,000. Median household income according to 2010-2014 estimates from the U.S. Census  stands at $87,626.

Some major events include Saturday’s Farmers Markets running through October; the Taste of Park Ridge, which happens every July, and weekly free concerts in the park from July to early August. July also brings the annual Sidewalk Sale in the shopping districts.

Come for a visit and see why Park Ridge is welcoming to visitors as “A Wonderful Place to Live and Work!”