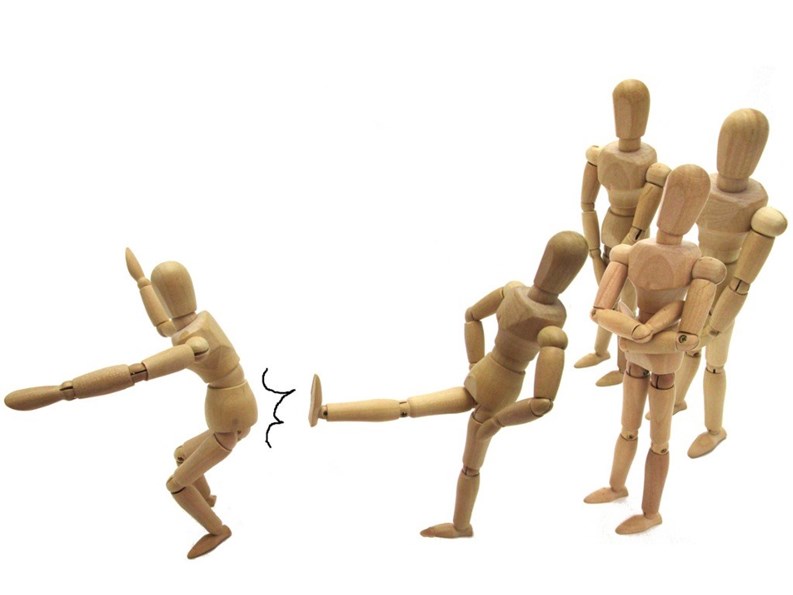 Unlike in a co-op, wherein residents own shares in a corporation entitling them to occupy their apartment – and in which the co-op board is pretty much the final authority over how the community is run – condos and HOAs are considered ‘real property,’ more like freestanding homes. Therefore, ‘evicting’ a condo owner from a unit and effectively wiping out his or her equity position as a member of the condominium association is a difficult undertaking, subject to very narrow legal interpretation.

Points of law on this subject are consistent from state to state, with only slight variations. The important distinctions relate to whether the person being removed is the owner of the unit in question, or the owner’s rental tenant. In both cases, laws are consistent on the most basic matters. Some states’ statutes have slightly differing approaches and nuances that we will explore later in this article.

While a co-op shareholder could theoretically be evicted from his or her unit for issues not having to do with money (examples include constant frivolous litigation and an ongoing pattern of harassment toward neighbors), the same is virtually impossible in a condo setting. As mentioned above, condominiums are pure real estate – not shares in a corporate entity. As a matter of fact, from a legal standpoint, the word eviction really shouldn’t be used in the context of removing a condo owner, though it can be applied to removing a tenant from a condominium unit—a point we will return to later. The closest we can come to a legally recognizable term for this type of action in a condo or HOA is removal of an owner.

Michael Kim, Principal of the law firm Michael C. Kim & Associates in Chicago, explains that unlike any other state in the nation, Illinois law does in fact provide for the eviction of condominium owners. “In Illinois, we have a unique remedy for eviction and collection of unpaid monetary obligations,” he says. “It is primarily for uncollected monthly assessments, but could also include fines and charges of other kinds that the owner has failed to pay. In most jurisdictions, you cannot get someone out with an eviction case. You have to go through a lien foreclosure. In Illinois, we do have that remedy as well, but we use it sparingly.”

Kim goes on to explain that the eviction does not transfer title for the property; it merely transfers possession. The statute was challenged in court many years ago, but was upheld and found to be constitutional. It’s similar to a landlord-tenant eviction remedy, but has distinct procedures. When an owner is evicted under the statute, there is a 60-day stay issued during which the owner can cure the offense by bringing his or her accounts current. If the owner is willing and able to do that, then the eviction order is vacated. If not, the owner is evicted from the premises. This procedure can be used to collect unpaid fines as well. Once the condominium association has taken the unit, the association can lease the unit out and collect rent from it. If the unit is already leased out and the tenant is desirable, the association can choose to let the tenant remain and take an assignment of the rent it is paying.

Julie Schechter, a partner at the New York City law office of Armstrong Teasdale, explains that a condominium association has recourse against a unit owner only for monetary defaults issues – and that means non-payment of common charges, almost exclusively. Unlike co-op shareholders, condo owners cannot be removed for bad behavior. She describes the process as follows:

Alternatively, Schechter continues: “An action can be brought to foreclose the lien that is similar to a mortgage foreclosure action. If the action is successful, the result is a judgment to sell the unit and apply the proceeds to payment of the debt. It is important to note that in the event there is a first mortgage on the unit, the bank’s lien is superior to the condominium’s lien. There may be one other step that can be taken to encourage the unit owner to pay the money due. Depending on the bylaws, and the community’s rules and regulations, it may be possible to suspend certain non-essential services that the unit owner receives.”

Scott Piekarsky, Managing Member with the law firm of Piekarsky & Associates in Wyckoff, New Jersey, says that getting an owner out of their unit “is not like a landlord-tenant situation. The only way to remove an owner is if he or she defaults and you can get a lien, foreclose the lien, get a sheriff’s sale, and dispose of the unit.” In other words, a removal has to be for monetary default. “If it’s non-monetary, you can get sanctions and fees, and maybe some monetary relief, but it’s virtually impossible to remove someone if they own the unit.”

Removing an owner from his or her unit may be nearly impossible – but removing a rental tenant from an investor unit is no easy feat either. Schechter explains: “Condominium boards lack the legal standing to remove unit owners’ tenants, regardless of how offensive their behavior may be. Even if the tenant were to be in constant violation of a provision of the condominium’s bylaws or rules and regulations, the condominium is still unable to remove the tenant because the condominium is not in privity with that tenant. (Privity is a relationship between two parties that is recognized by law, such as blood, lease, or service. -Ed) The condominium unit owner, however, is in privity with his or her tenant, and can take action to evict the tenant.”

Unit owners are locked into the rules and regulations set forth in their community’s governing documents when they buy a unit – so presumably, they’ve read and agreed to them. But even if they’ve never so much as glanced at those documents, they can’t claim they didn’t know. Regardless, a reasonable expectation is that they and/or their tenants will comply with those rules and regulations. Despite that, if the tenant violates the rules and regulations, the unit owner has an obligation to begin proceedings to remove the tenant – not the condo association or its board.

New Jersey law also adds another layer to the resolution process in condominium disputes, which is an alternative dispute resolution (ADR). New Jersey state law requires that all owners in condominiums be offered ADR in the form of professional mediation or arbitration before going to court. “The association can seek injunctive relief,” Piekarsky says. “I’ve never seen anyone forced out through injunctive relief though. If they are a danger to themselves, others or the property, you can get a civil commitment, which would get the resident out.”

For Chicagoans, Kim describes another method of removal unique to Illinois. It is called involuntary sale and can be used when a unit owner’s behavior is truly beyond the pale. “In the Illinois Condominium Declaration, there is an action called involuntary sale wherein if an owner commits serious material default – not necessarily monetary, but rather a breach of covenants – an association can notify the owner and give notice of 10 to 30 days to terminate their right to possession and ownership. If the owner doesn’t sell their unit in that period, the association can institute an involuntary sale proceeding. They can ask for a judicial sale with a restraining order to prevent the offending owner from redeeming the unit or buying it back himself at the sale.” Of course, all outstanding lien holders are protected under such a sale, should it occur.

Overall, the power of a condominium association is sharply limited in most states when it comes to removing troublesome or non-paying owners and/or their tenants. When problem situations arise, associations should act quickly and turn to their attorney for help with a resolution. Dawdling will only cause unpaid charges or offensive incidents to pile up. Ownership comes with rights and responsibilities, as does the stewardship of board members. Both should be taken seriously and acted on with alacrity.

A J Sidransky is a staff writer/reporter with The Chicagoland Cooperator, and a published novelist.