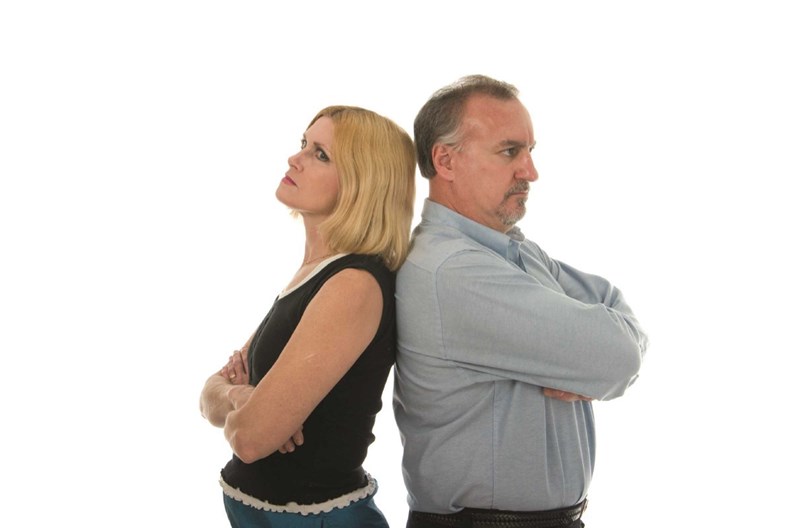 According to some condominium and homeowners association managers, it’s getting hot out there.

“People have become more litigious, more angry and more surly,” according to Angela Falzone, co-founder of Association Advocates, Inc. and a residential property manager for more than 35 years. “They want what they want when they want it.”

As to what makes these disputes prone to escalation, Falzone observes, “There is an entitlement factor; their tolerance level is different.” Too often the attitude is, “I'm working hard and I deserve what I want, and I don't have to look at that stupid sign on the door across the hall.”

The sign to which she refers was a real thing—a festive cardboard pin-up that read, 'Baby On Board—Welcome Joseph!' and was affixed to the front door of one of the units in a complex Falzone's company manages. Problem was, the condo's bylaws prohibit 'any modification of the hallways without board permission' and the proud new parents didn’t ask before they put up their sign.

As Falzone recalls, “A guy sends me an e-mail—'Tell the person across the hall who had the baby a week ago to take the damn sign off the door.’”

Falzone waited a bit to let the couple “enjoy the moment,” but when she got a second, even more agitated email from the guy, she asked the new mom to take the notice down—to which the mom replied, “I took it down this morning. There was a nasty note scribbled across it, saying ‘take this damn thing down now.’ ”

Clearly, the Baby On Boardissue had more to do with one person's nastiness than any major rules violation, but other issues that rile people up include things like new assessments, dogs in the elevators, kids' toys left on lawns, and the mother of all complaints: noise. Of the last issue, Falzone says there's a new wrinkle that's particular to multifamily residents, and which drives people to new heights of irritation: “Flat-screen TVs and speakers mounted against old building walls without insulation.”

Get Along or Get a Lawyer

“Litigation in Cook County is a very expensive proposition,” reports attorney David Hartwell, a managing partner with the Chicago-based law firm of Penland & Hartwell, LLC. The largest circuit court in the country, he explains, “Cook County has a lot of backlog, so it takes a long time for cases to get through the system. And that translates into expense.”

Besides the cost, lawsuits are not great for the condominium’s reputation and can hurt property values. “Litigation is public,” explains Hartwell. “It gets all out there and you have to disclose it at the time of sale, which creates a lot of problems.”

Then there is the “blood in the water theory,” says Hartwell. “Litigation begets litigation. We have clients that go five or six or seven years with no issues whatsoever. All of a sudden an issue arises and the next thing you know, they will be facing two or three different lawsuits—the sharks start swimming around. People may perceive the board as weak or that the board might have been operating inconsistent with the declaration.”

There is a better way. A few, actually, including Alternative Dispute Resolution (ADR), which entails bringing in a professional mediator or arbitrator. But first, of course, management, or boards themselves in the case of self-managed communities, will attempt to resolve the issue in-house.

Plan A: Do It Yourself

When a complaint first comes in from a unit owner against another unit owner, management will check to see whether the behavior is in violation of the bylaws, and then if it is, try to determine whether the accused knows it is against the rules. In any case, before intervening in the dispute, the manager might suggest the aggrieved party reach out to their neighbor, politely explaining their discomfort with a particular behavior.

If the behavior persists, and especially if tension escalates, the manager might send a letter to the accused describing the complaint—“No threats—just ‘please and thank you,’” says Falzone—and suggesting ways they might modify their routine, such as, “Tone down the bass, because I can hear the vibration through the walls.”

If that doesn’t fix the problem, Falzone sends a second letter. If the accused is acting contrary to the bylaws, the letter will demand they stop the behavior—for example, stop playing music loudly after 10:00 p.m.—or face a fine or other sanctions.

Some managers bring the parties together at the first sign of obstinacy. Experts say meeting face-to-face and talking through an issue is the best course of action. Actually, if the board intends to fine an owner for a violation, according to the Illinois Condominium Property Act (ICPA) it must hold a hearing.

The manager should set an agenda and guidelines for the meeting, set a tone that encourages safe discussion and establish themselves as a neutral party.

ADR to the Rescue

Known broadly in the legal world simply as a process of resolving a dispute without going to court, ADR usually involves contracting with either a professional arbitrator to whom the parties give the power to dictate a binding resolution, or, more commonly, with a mediator, a neutral party trained in helping the parties come to a mutually satisfying resolution on their own.

Under Illinois Statutes 765 ILCS 605 of the ICPA Section 32, alternative dispute resolution is offered as a solution. “The declaration or bylaws of a condominium association mayrequire mediation or arbitration of disputes in which the matter in controversy has either no specific monetary value or a value of $10,000 or less, other than the levying and collection of assessments, or that arises out of violations of the declaration, bylaws, or rules and regulations of the condominium association,” the Act says.

How does a board or building manager know when it’s time to call a professional mediator or arbitrator?

According to John Cabral of Oak Park Mediation, that point has come, “when the person has refused to talk three or four times, through e-mail or on the phone, or closes the door and says, ‘Sorry, I don't want to talk.’ ”

Another trigger, observes Cabral, “is a kind of escalation on the part of the aggrieved person or the person causing the problem,” or when it is apparent that one or both parties are in despair.

Of the two broad categories of ADR, arbitration most resembles litigation, but much cheaper and quicker. In arbitration, the two parties sign on to appoint a neutral third party to hear both sides of an issue and lay down a binding and non-appealable ruling and award.

According to Jill Tanz, principal of Chicago Mediation, LLC, “Arbitration is useful when for whatever reason time is the most important thing—when we have a deadline and a decision has to be made.” In addition to saving time and money, arbitration, unlike litigation, is confidential, so the conflict is not exposed to the public.

Mediation: A Compromise We Can Live With

Mediation is confidential as well, but vastly different in tenor and method than arbitration. “The parties are in charge in mediation,” explains Cabral. “That's the beauty of it.” The trained mediator sets the stage for a dialogue between the parties with the purpose of creating a compromise both can live with.

“It provides a process in which ideally the parties have buy-in,” explains Tanz, “because they help develop a solution.”

Tanz says when she is called into mediate a dispute, she first lets both parties know they can rely on complete confidentially, that, in fact, if the conflict is not resolved for any reason and ends up in court, she cannot be subpoenaed. Then, if lawyers are involved she gets them on a conference call to set up logistics and discover whether there has been any legal action on the case already.

If legal counsel is suspicious that the mediation will compromise their client’s position in the dispute, as they are almost instinctively, Cabral explains, “we assure the attorney that we will write in confidentiality statements and we will add language so that they feel completely confident that nothing they will reveal or their client will reveal can be used against them later.”

Tanz says she wants only to hear a brief overview of the conflict before bringing together both sides for a joint session. At the session, each party makes a short opening statement, after which, she says, “we often will talk for some time altogether if the parties are able to do that. If emotions run very high we can break immediately into separate sessions. Then I shuttle back and forth with proposals or, depending on the situations, bring the parties back together to speak. Ideally they will come together so that they can live their lives as neighbors without this becoming a flashpoint.”

The mediator seeks to create a calm, productive environment that encourages listening and understanding by defusing defensive anger that results from the individuals feeling they are not getting their needs met.

“Mediators,” says Cabral, “don't think there is a conflict between these needs. It is the methods, the strategies chosen, that are in conflict. So we get together, focus on what the needs are, mine and yours, and then choose strategies that don't negate or put either of our needs into jeopardy—make sure that we get everybody's needs met.”

Cabral tries to get the parties to shift from “demands to requests.” The demanding approach—“you must, or you will be bounced out of here”—will lead to resistance, he explains. Even if you get the party to comply with the demand, “there will be a cost. This neighbor may comply around this issue but in the next issue they will come at you with a vengeance.”

Talking about needs unmet and changing angry demands to requests creates a collaborative atmosphere where the parties feel empowered to come up with creative solutions. And because they come up with the solutions themselves, they are more likely to abide by them peacefully.

While there are no hard numbers comparing ADR to litigation, according the Tanz, “when you give people evaluation forms after mediation, the vast majority find it to be a very useful process and have positive things to say.”

Most mediators report 80 percent to 90 percent success, says Cabral, “and they are quite confident that even when there isn't settlement there is increased understanding of the other side. And if the case goes to litigation, it will shorten the amount of time that litigation will take.”

One thing is for sure: ADR has the potential to save a fortune as compared with litigation. Mediators charge in the range of $200 to $300 an hour, and, Cabral estimates, “even in an angry case, there will probably only be the need for four to eight hours.” In less contentious cases, he adds, “a mediator can be brought in for a couple of hundred dollars to meet with two parties in the board president’s living room.”

The best way to deal with a hot dispute, advises Tanz, is to “get somebody professionally involved before the lawyers are committed, before the lawsuits are filed. Ideally, if an association would call in a neutral early on and spend $1,000 on mediation you could resolve it…before a small dispute festers and becomes much more entrenched.”

Steve Cutler is a freelance writer and a frequent contributor to The Chicagoland Cooperator.