Do not show again [X]
By Mike Odenthal   2018 March Exterior 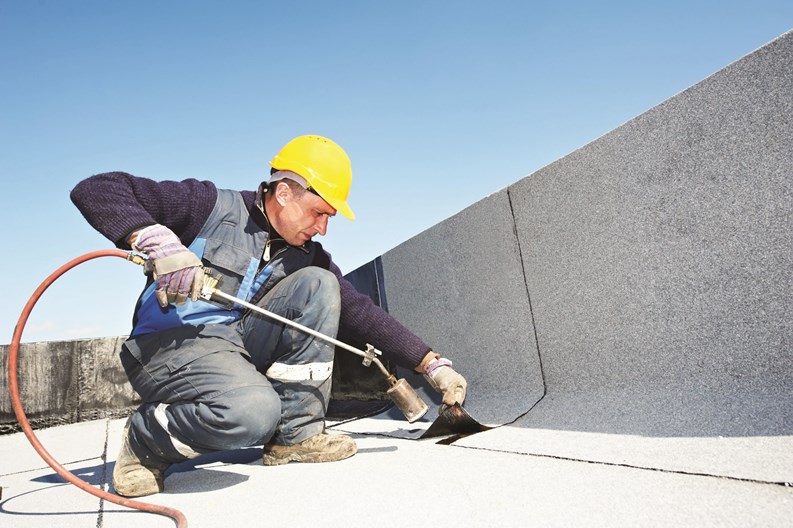 A residential property could have triple-reinforced titanium steel walls, and it still wouldn’t be worth a darn without a sturdy roof. It’s through the roof and rooftop features that many problematic elements can enter a building, from wind to rain to ice to debris. And because of that, the roof must be adequately fortified and properly maintained. Otherwise, the integrity of the building—along with resident safety and property value—are bound to suffer.

Roofs are not just complicated, relatively delicate structures—they’re also harder to keep tabs on than a facade, or windows that people look at all day. Fortunately, there are myriad experts – from property managers to A/E/C professionals to trades persons who work solely on roofs – who can do the job for your building and keep your roof in good repair.

“A roof should be inspected every few years,” says Frank Sausa, Vice President of Altura Construction Company, Inc., in Garfield, New Jersey. “If a leak gets severe enough, a homeowner’s ceiling can literally collapse. The most common cause of leaks that we see is when the rubber boot around plumbing vents deteriorates. Additionally, we often conduct repairs around chimneys, skylights and valleys, utilizing shingles, leak barrier ice and water shield, synthetic paper, step flashing, counter flashing, and, most importantly, kick-out flashings.”

Between formal inspections by a roofing professional, associations should be doing routine maintenance on their own. “Inspection of roofs should be part of the basic building maintenance, and reviewed at a minimum of a few times per month, especially during and after heavy rains or snow,” says Dennis DePaola, Executive Vice President of Orsid Realty Corp., in New York City. “Not only should the roofing surface, pitch pockets, and flashings be checked, but the floor below should be looked at as well, in order to catch even the smallest amount of water infiltration as early as possible, before any major damage occurs.”

Of course, roofs are not ‘one size fits all,’ and a maintenance schedule therefore depends on the make and age of one’s model, as well as the weather to which it’s subjected. “Appropriate frequency of inspections of a roof may depend on its age, but annually is probably a general minimum,” recommends Christopher R. Berg, President of Independent Association Managers, Inc., in Naperville. “Severe weather conditions may necessitate specific inspections, particularly for shingled roofs. If you can see the roof from the ground, loose or missing shingles can be spotted by the board or management on a simple walk. However, many problems would only be identified via closer inspection. For example, an examination of the attic may identify leaks and problems that wouldn’t be apparent elsewhere, such as insufficiently ventilated bathroom moisture or dryer lint.”

In areas like New England, where the temperatures in a given year can reach sweltering highs and frigid lows, roofs can wear much faster than in more temperate regions. To be proactive, an association should perform a visual inspection of its roof on an annual basis, suggests Tim Arel, Owner and Principal at North Point Management, which has offices in both Massachusetts and New Hampshire. “This inspection should look for missing or damaged shingles, as well as wear and warping. That will allow an association to perform the small and relatively easy repairs before they develop into serious issues that result in the need for full roof replacement, or damage to the buildings. Proactive annual inspections work to extend the life span of the roof, but they also provide information needed to plan for a roof’s eventual replacement. And they can initially be performed by qualified members of the management team, or by association volunteers. The key is to have individuals who know what they’re looking for perform these inspections. Then, when issues are identified, management and the board should contact a qualified roofing contractor to perform the needed repairs, or to provide a professional assessment with recommendations.”

Certain roof-based dilemmas are more common than others, so it pays for a board or management to be aware of the likely suspects.

“We’ve taken over buildings from other firms wherein we have found severe structural steel damage due to neglect, and the failure to stop water infiltration for prolonged periods of time,” notes DePaola. “In such instances, we’ve had to install shoring within apartments to offset the load from the damaged steel. This may require a relocation of the residents, depending on the severity of the situation.

“We’ve also been successful in spotting smaller repairs of roofing systems that are still under warranty, at little-to-no expense to the building owner,” he continues. “By regularly checking for these smaller repairs and addressing them in a timely manner, owners can greatly extend the useful life of the roofing system, sometimes well beyond their 20-/25-year warranty.”

As one may intuit, ice is a major enemy in regions with particularly cold winters —like Chicago and its suburbs. “The removal of ice dams has been a significant contributor to roof damage over the past several years,” says Arel. “When faced with an emergency situation caused by interior water intrusion for ice dams, some vendors believe that the solution lies in removing the ice via the use of hammers and pickaxes. While this may temporarily alleviate the problem, the net result is significant damage to shingles and roofs. This makes for a great example as to how proper planning and hiring vendors with the correct equipment will benefit an association in the long-term.”

And the type of roof—shingled or flat —also affects its aging process.

“Shingled roofs often age prematurely, as a result of insufficient ventilation and/or insulation, and may need to be inspected more frequently,” warns Berg. “When attics can’t vent the summer heat, cooked shingles will curl and break the adhesive that holds them down, leaving an edge up to become a sail in the wind. Sometimes you can be alerted by shingles on the ground or in the gutters, but other times they seem to have vanished from the earth. When attics can’t stay cold under snow-covered roofs, they cause ice dams that can lift shingles, split wood and bend metal, whether or not it causes visible interior damage. Rubber parts and applied sealants need to be inspected for cracking, so they can be replaced before they leak. However, gutters often have to be cleaned of leaves and other tree debris in both spring and fall, which makes for two great opportunities to just inspect all of the roofing.

“And then flat roofs have both masonry and metallic elements, in addition to drains, pipes, and other membrane penetrations, so they may need regular engineering inspections as well,” Berg adds. “Minor cracking in masonry joints and membrane transitions can lead to serious problems, whose resolution come with serious price tags. So the more complicated your roofing system is, the more regular inspections you may need, and by more technical professionals.”

The more on top (pun intended) of roof-related affairs an association is, the less likely they’ll have to spend exorbitant amounts of money to fix a disaster. With that said, unpredictable calamities, however, can happen, and an association is best served tucking away some extra funds in the event of a rainy day.

“Every association should have both short- and long-term capital plans for their essential building components,” says DePaola. “We know that roofing systems have a useful life between10and 30 years, depending on the system and the warranties received. Therefore, the association should be funding or implementing a plan to fund—via either borrowing or assessment—for the roof replacement during the entire life cycle of the capital component. The most costly roofing projects to which we’ve been privy are those that have not been planned for and those that have been deferred for too long.”

“Having a reserve study and financial plan in place to ensure that the funds needed for capital projects exist in the association’s reserve account is the best method to avoid the significant impact of special assessments,” Arel agrees. “Proper funding is always based on proactive planning. Unfortunately, a great number of associations are under-funded, and thus do not have sufficient reserve funds required for a significant capital project. In these occasions, associations need to evaluate their options to determine what plan best suits its owners. Due to the current financial environment, a great number of associations are looking to loans to make up for their lack of reserves. This option allows an association to borrow the necessary funding, typically through a fixed interest rate loan that may cost less per month than delaying work and facing the increased costs of labor and materials. When roofs need to be replaced within a several-year period due to leaks or other severe issues, financing the project allows an association to spread out the payment over a greater span, thus resulting in a lower monthly increase.

“However,” he continues, “it’s important to note that one option is not right for all associations. A board should weigh all options and the financial impacts thereof and present that to the owners. It’s important to involve the owners when making any decision that will result in a significant fee increase, such that the owners can understand the process that the board has undergone and the options available, then provide input as to what they believe is the best option to meet the association’s needs.” 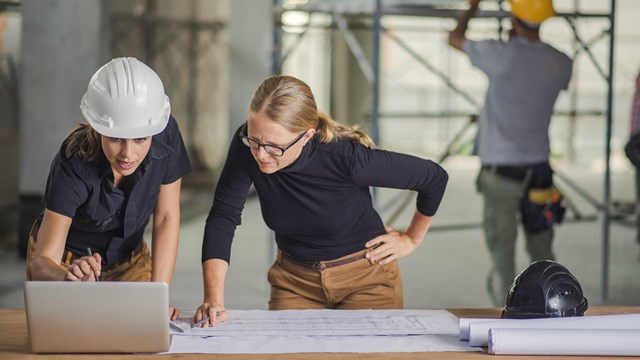