Do not show again [X]
By John Zurz   2015 November Maintenance 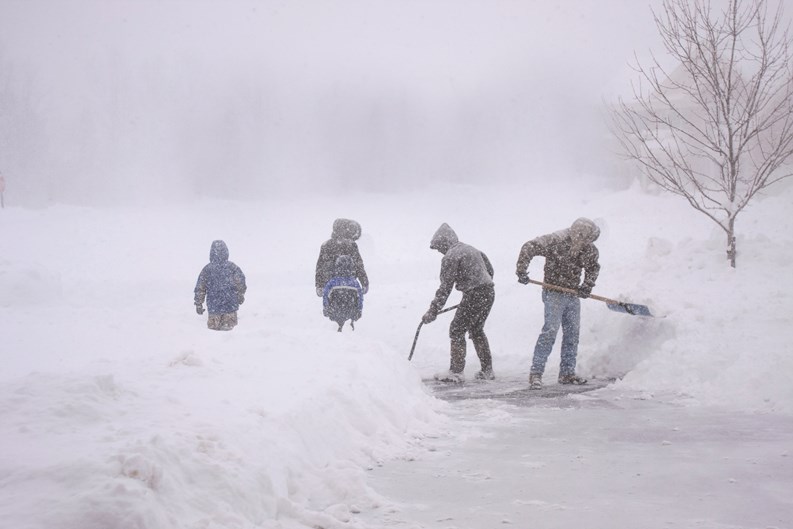 The contractors who helped dig out the region’s condo properties last winter agree on one thing: the associations that were ‘rescued’ first were the ones with solid vendor relationships.

“You should probably start looking for a contractor in October. If you’re residential or commercial, October would be the best time since we could potentially get snow in November,” says Dan Klindera, general manager of Greenwise in Evanston.

“We got a lot of calls midway through the season when we did get some pretty big snow totals and those people that didn’t have a contractor lined up prior to that were left scrambling. So get ahead of the game and line up a contractor prior to the season,” says Klindera.

“People don’t like to have the expense. Snow removal isn’t something like construction or landscaping where there’s something concrete after you’ve paid, but it’s still important because it helps you avoid slip and falls or an accident. Every year there are fatalities due to winter weather and to have that snow and ice managed with a professional company goes a long way toward justifying the expense,” says Martin Tirado, CEO of the Snow & Ice Management Association, a national non-profit trade group based in Milwaukee.

Tirado contends that a lot of people underestimate winter weather and that it can be just as dangerous as any other kind of major storm.

“Winter weather is unpredictable and it’s an emergency service. When people are stuck in places or they can’t get to school or work or out of their houses and that’s when emergency situations can arise and our members take that very seriously and try to perform professional services and get the snow and ice cleared. We need to be aware, though, that having bare pavement at all times is impossible and that we all need to be careful when walking or biking,” says Tirado.

Michael Phillips, owner of MP Snow Service, based in Chicago, adds that, “People should start looking for a contractor in September or October. I like to have all of our stuff done by October first since we have had snow in the past in October, so we like to be ready just in case. A lot of people wait until there’s snow in the forecast and it’ll be harder to find someone; it’s much easier to get a contract before the season starts.”

For those that have never had a provider before, Tirado suggests that they start looking even earlier.

“For those that are looking for a provider that have never had one before should start looking in the summer. From the perspective of a provider it’s a combination of personnel needed, equipment needed, salt and other de-icing materials necessary to purchase in advance to have available to service their customers and if they aren’t already, their resources will essentially be sold out,” says Tirado.

“You can change the types of materials you are using to prevent damage from de-icing materials being brought in from outside, we use an eco-friendly ice melt mix so the salt content is very low so when we put it down we don’t get as much damage to plants, grass or hardscapes. Changing the amount could also help, too many times I see just way too much product is being put down on the hardscapes,” says Klindera.

“Something else is using permeable pavers,” he says, “which would reduce the amount of product needed to be put down as when the snow and ice melts it would just drain through the permeable paver instead of pooling up and freezing.”

A traditional paver has bricks, stone, and concrete or clay pavers. They’re bunched up together and the space in-between them is filled up with material, sometimes mortar. A permeable paver, in comparison, has a larger gap to let water in and the amount of base material added in a permeable paver is deeper and gravel is sometimes used to create more pour space. So when you’re using a permeable paver you don’t need to use as much salt since the water drains, instead of pools, after the ice melts.

“Once the salt has done its job, sweeping it away could prevent it from being tracked in or making sure the provider isn’t using too much salt,” says Phillips.

There are more materials, other than salt, that service providers do use, notes Phillips. “It’s mostly salt, but there is a liquid form that’s come out that I have heard good things about. The liquid de-icer will go to lower temperatures, the rock salt stops working after a certain temperature, so it’ll keep working and since its green it won’t cause as much damage to the sidewalks or pavement or things like that.”

“More service providers are being more aware and sophisticated with how much salt they are applying and there is this right balance of how much is enough. A lot of times the answer isn’t just to keep applying rock salt because if it gets too cold it can become ineffective and it can kill vegetation come spring time and it’s environmentally harmful.  When property owners are talking to their service providers they should have a talk about what the appropriate amount of application is. The cost of salt has escalated after the big winter storms of the last year and the best way to ensure against the price fluctuations is to only use what is needed to get the job done,” says Tirado, adding that one of the best ways to prevent damage to common areas is, “to have some absorbent mats people can brush their shoes and boots on. Making sure to cover all the high traffic areas, the entrances and exits for example, is important.”

Finding contractors to clear snow and ice is one challenge; the next step is removing snow when a property is short on space, as in urban neighborhoods. Aside from trucking the snow piles away, some property managers discovered an even more efficient solution last winter—turn it directly into storm water.

If there’s too much snow and no room for it on-site, Phillips says, “we’ll haul it away,” noting that this would require the use of dump trucks and machinery to move the snow from the property. From there, it’s all about finding a place to either store or melt the snow.

“We would have to find locations to haul it if there’s way too much snow; the city will sometimes kick in and have melting facilities where you can bring snow. The issue is more at parking lots, at residential sites there’s usually a place to put it all. Last year for clients with parking lots we had to limit the amount of parking a little bit so there was room to pile the snow up,” says Klindera.

A major issue for condo boards and managers is liability, especially due to slip-and-falls. “You could be liable anywhere, we’ve seen some cases against service providers or property managers where, say it’s a common area of a building and someone has snow or ice on their boots and they walk into the building and because of the wetness they can have a slip and fall. They can say that part of that was because of the exterior surfaces or not having mats inside for traction,” says Tirado.

While the standards vary from state to state, across the country either building owners or service providers could be held accountable for slips and falls.

Preparing for the Winter

When it comes down to it, preparing for the winter months starts well in advance. It isn’t enough to just hire a company to take care of the snow. There are logistical issues they need to consider when planning out how to take care of properties.

“We go out to the sites and check for previous damage and stake out areas that might not be seen with a few inches of snow so the trucks don’t get damaged or anything gets broken or damage the property. We’ll flag it and do a walk-through with the crew that’s going to be taking care of the property,” says Phillips.

“We’ll send out a crew prior to the season and stake out the boundaries of where we’re plowing. We’ll take a 3- to-4-foot orange stake and put them around objects and at the edges of the property, to tell us where not to plow. If there are objects that are hanging that might be hit by a plow, we’ll move them or call the client, or maybe trim shrubs that are hanging over. We’ll basically do a dry run and look for any issues or obstacles, being sure to note any existing damage,” says Klindera.

While there may not be a lot of, or any, snow this winter, making sure there is someone ready to dig out your property is important as storms can sneak up and catch you unaware.

John Zurz is a staff writer at The Chicagoland Cooperator. Freelance writer Marie N. Auger  contributed to this article.