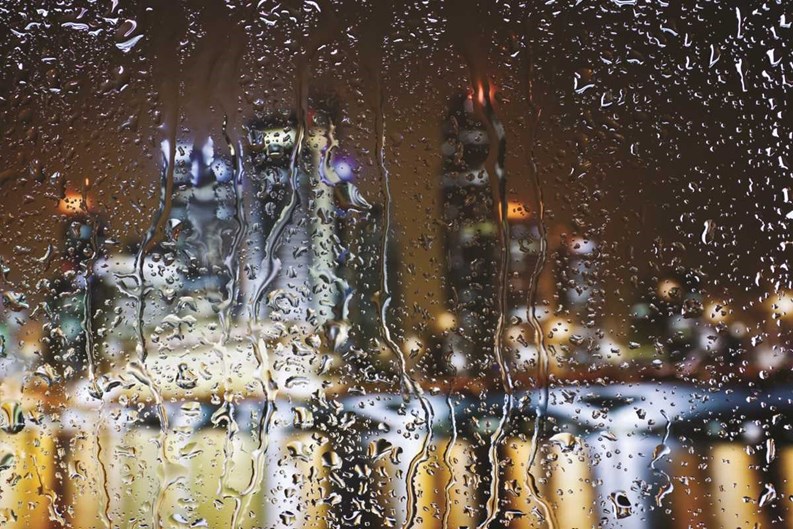 The sound of drip, drip, drip from a leaking faucet can drive most co-op or condo homeowners nuts. Especially if you hear dripping in the middle of the night and you just know it’s probably trickling through windows, ceilings, doors and floors, and perhaps to the units below.

From rooftops to basements and spaces in between, water poses an ongoing risk to the structural and aesthetic health of any building; and indeed, architects, builders, and engineers commit ample time, energy and resources to sealing and waterproofing homes during the building process. “Most of the waterproofing activities take place during construction,” says Tosh Tricas, CMCA, AMS, PCAM, and vice president of field services for national property management firm Associa, which has several offices in Chicago.

These waterproofing activities are focused on the most vulnerable aspects of a building, including the roof, the likeliest contender for trouble, “because it is always exposed to the elements,” continues Tricas.

“Age is the most common cause of roof leaks,” says David Leger, CAM, service manager for Associa. “Roofs wear out; they are the one part of the building that endures the most dramatic elements. In the North, ice will tear a roof apart and in the South, the sun’s ultraviolet rays will deteriorate a lot of roof systems.”

In most buildings, the common points of entry for excess moisture include areas “around window flashing and sills,” says Tricas, “especially those with stucco, unless those areas are properly caulked.”

Basements can pose significant challenges in the effort to keep a building dry, as well. Those challenges arise from a number of different conditions, including problems with the structure itself.

“As far as the foundation, cracks are the most common, but other issues would be honeycombs…bad foundation pours that did not set properly,” says Bob Shipyor, director of sales and marketing for Safeguard Waterproofing—Ram Jack Illinois, headquartered in Franklin Park. “Tie rods, pipe penetrations, window wells, cold pour joints, and cove leaks” are other trouble spots, according to Shipyor.

Chris Heintz, owner of Atlas Restoration based in Buffalo Grove, explains that other problems that can creep up involve water flowing over foundation walls, and hydrostatic pressure in which water pushes up from beneath the building’s foundation—often where the floor joins the wall. “Sometimes, there are multiple sources of water,” Heintz says.

Usually, water entering a building over a foundation wall occurs because of poor exterior grading. “You’d be amazed how many buildings don’t have proper grading,” says Heintz. If the grade is tilting downward towards the building, “you can have water from the whole yard cascading towards the foundation walls,” Heintz adds.

With hydrostatic issues, pressure builds beneath the foundation, pushing water upward until it begins to push walls in. “There’s no way to seal that water off,” says Heintz. “It’s not like the hull of a boat.”

When water makes an abrupt, unwelcome appearance in a structure, don’t panic. Instead, call in experts to evaluate the situation. “First, you need to assess the cause and then put together the course of action for remediation,” says Heintz.

Often, finding the source of these problems can be more difficult than solving the problems themselves. “Fix it one time and you won’t have to keep coming back again and again,” says Heintz. “You need to call someone to test the location of the problem. That’s the main issue with water remediation and waterproofing, in general: you need to first accurately assess where the water is coming from. That’s the tricky part. You need an expert.”

It helps to understand some of the main culprits when a building develops a moisture or water issue. “It can be a lack of ongoing maintenance,” says Tricas. “Building’s move, shift, and settle as they age; so, not properly caulking all seams and joints can cause a lot of damage.”

Water damage does not always involve torrents of liquid pouring in through a crack or over a foundation wall; in fact, water damage can stem from the accumulation of much smaller amounts. In colder climates like Chicago, “condensation inside of the exterior walls of a building with a negative static pressure will cause damage,” Tricas says. “If a building has a tendency to draw cold air through a wall, it will meet the humidity and cause condensation which, in turn, will cause water damage and mold.”

Once the source of the problem is identified, resolution and prevention techniques can be explored. “When a roof leaks, the cause of it, as well as the type of roof system, will determine the best fix,” says Leger. Once again, assessments and evaluations are best made by an expert in the field.

For basement water issues, the solution, “can be as simple as an epoxy injection for a foundation wall crack to a drain tile system for a more serious cove leak,” says Shipyor. For over-the-wall basement leaks, the solution involves fixing the exterior grading and changing the level of the ground leading to the building so that water drains away and not towards the structure. Additionally, “extend gutters and downspouts,” says Heintz. This will allow you to direct water away from the foundation.

Installing and maintaining an effective sump pump can solve most hydrostatic issues, Heintz adds. “Drain the water before it comes in and give it somewhere easier to go,” he says. “You want to drain and alleviate pressure.”

Staying Dry from the Start

Certainly, the most efficient way to avoid problems with water infiltration is to ensure initial waterproofing is completed properly and maintained. Prevention and planning can go a long way towards protecting property.

For basements, Heintz suggests installing a backup to the building’s sump pump as well. “They’re useless if the power goes out, which happens most often in heavy rainstorms…right when residents need those most,” he says. “You’re going to want a generator, or at the very least, a substantial battery backup.”

Once a blameless system is in place, maintain it to continue operating it smoothly with regular inspections, evaluations and maintenance. For basements, Heintz recommends that managers keep an eye on the foundation. “If there’s a crack, have it permanently sealed right away,” he explains. “That’s a few hundred bucks—even if it’s not leaking—as opposed to waiting for $5,000 in damage.”

Without a doubt, regular inspections can save ample amounts of money in the long run. “We recommend you do an annual inspection on all exterior surfaces that are prone to deterioration or failure such as joints around windows, doors, roof, and wall penetrations,” says Tricas. Those inspections should include the basement areas.

“A homeowner or property manager should do monthly foundation inspections, looking for signs of basement leaks, cracking of the foundation, and signs of any type of foundation failure,” says Shipyor. “This should also include walking around the exterior to make sure any outside drains are operating properly.”

Shipyor also suggests “checking the pumps and backup systems for proper operation,” and then “calling in a professional to do a formal inspection once a year” to ensure the sump pump and battery backup systems are operating satisfactorily.

Although challenging, with accurate planning and diligence, waterproofing can be effectively addressed. Remaining vigilant in your maintenance and inspection efforts will preserve plenty of dry, healthy homes. Most importantly, such actions will lead to healthy, happy individuals and families, too…the secret to any successful residential community.

Liz Lent is a freelance writer and a frequent contributor to The Chicagoland Cooperator.