Do not show again [X]
By Danielle Braff   2013 January Management 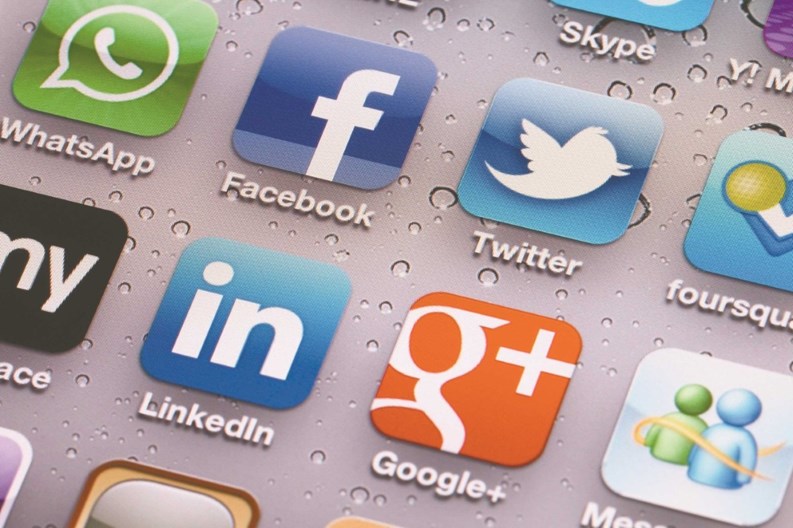 As the rise of online social media invades nearly every aspect of our daily  life, co-op, condo, HOA boards and savvy property managers have also embraced  the medium as a powerful new tool for connecting and communicating with  residents in their communities.

It didn’t happen overnight, however. Boards and management companies have modernized and  broadened their means of communicating with residents through trial and error  while exploring the benefits and maximizing the usefulness and impact of these  new tools.

There are no current statistics showing what percentage of buildings in the  Chicagoland area are using websites to communicate with their residents. But  local board members and management companies report that nearly all of the  larger buildings have some form of web communication ranging from email blasts  (emailing the entire building at once) to full websites.

“Most of our clients have websites,” says Jim Stoller, MBA, president of The Building Group in Chicago, a management  company that manages more than $2 billion in real estate assets including  residential, office, retail and industrial properties.

Stoller says his company offers websites to its clients for many reasons.  Companies like AtHomeNet, HOASpace.com and NeighborhoodLink.com are but some of  the providers that offer websites to community associations and HOAs. Some  management companies also provide the service to their communities as part of  an overall package.

“They’re so helpful,” he says. “They serve dual purposes—they present a great image of the association to the general public. Someone who  is looking to purchase a unit can see it in the best possible light.”

But it’s the password-protected area that serves the most purpose to the residents, he  says.

“Transparency is key, and communication is important,” Stoller says.

On most of his residential building websites, he includes financial information  about the building, a list of bylaws and meeting minutes.

Residents can also send work orders, track work orders, check for packages, pay  assessments and pull up their own personal payment history. There are links to  make it easy to find information about the Illinois condo act as well as other  useful local and national data.

“One of the major goals has been self-service and convenience,” says Stan Borg, a unit owner and board member at Park Millennium, a full  amenity luxury residential building containing 480 units in downtown Chicago.

That’s why, Borg says, everything that is typically requested: the declaration, rules  and insurance statements—are available online.

On the site is a list of recommended contractor and vendors, electricity  options, work order forms, current announcements, the freight elevator and  conference room calendar.

There’s also items on the Park Millennium website that make sales easier, including  photos, floor plans and a list of amenities. For those new or soon-to-be new  residents, there’s an area map, information about parking, and step-by-step instructions for  basic information and rules including storage options and pricing and rules for  guest or vendors.

All the forms they may need—permission to enter form and maintenance forms—are also online where they can easily be viewed, downloaded, printed or emailed.

So far, Borg says, the most popular website features have been the work order  requests and the forms needed for refinancing. The rules and regulations have  also been used frequently as residents check to see what they can do or can’t do.

Some buildings have even put message and chat boards onto the sites so that  residents can “speak” directly to each other about the building and other matters.

However, Stoller says, those message boards are usually the first thing to be  removed from building websites due to residential complaints about them.

“Some found them to be a vehicle for negativity,” Stoller says. “If there’s a group that doesn’t like the current board, they found that they’re being taken over for negative purposes.”

Buildings are also using their websites to advertise available parking spots and  other amenities. Some are allowing current residents to advertise their units  as rentals or to sell their furniture or other household items.

Those looking for dog walkers, cat feeders or house sitters may find luck in  their own building with a few clicks of the keyboard.

A few buildings have gone beyond website placement, and are even playing around  with Smartphone apps.

Keith Hales, president of Hales Property Management, Inc. in Chicago has a  Smartphone application in its system that assists managers in location and  logging in building related information.

Eventually, Hales says, it will evolve and will be used for board members and  unit owners.

At Park Millennium, they have video monitors in the elevators which broadcast  fun and important events that are going on throughout Chicago. With those video  monitors, they have the ability to go beyond the basics and even create their  own building news channels if they want to go that route.

At Trump Chicago’s website, you can look at photos of units that are for sale, in addition to  watching videos and looking at pictures of virtually every area of the massive  amenity-filled building. It will save serious buyers their initial trip to see  the units—especially after they carefully flip through floor plans and architectural  design details and history.

The sky’s the limit for building websites with only a few advised “don’ts.”

The biggest don’t is making the entire website viewable to the general public, says Joseph Baez,  CEO of We Are Community Managers in Tinley Park.

“Make the website so it has to be logged in by user names and passwords,” Baez says.

That way, the public won't be able to view private documents for the residents’ safety.

Another “don’t” relates to emailing.

“One big mistake boards often do when sending out communications to other owners,  is sending the announcement via email—where everyone’s email address is not hidden,” Hales says. “As a result, a disgruntled owner may ‘reply all’ with his or her concern, and grip about a specific issue in the building. This  can sometimes lead toward a snowball effect of responses, which can be deemed  by some as harassment.”

Aside from that, there have been few problems within the sites.

Overall, Borg says, they’ve made life for the board members and the management company much easier than  it had been prior to the Internet.

“Our reduction of paper requests for budgets and everything that’s distributed has made a significant impact,” he says. “It’s impacted our time, our money and the environment.”

The building saved money by not having to Xerox so many copies of everything,  and they don’t has as many requests for documents, which frees up their time.

When your building is ready to go virtual, you could ask your property  management company to help implement an online Web system.

If you’re self-managed, there are many companies, such as Google or Buildium that offer  a web-based system.

There are also some local online resources available. The website Everyblock.com  lists local issues in every neighborhood, and is a valuable link to have on a  building site, Hales says. Other great links would be to the Cook County  Assessor (CookCountyAssessor.com), Cook County Treasurer  (CookCountyTreasurer.com) and the City Clerk (ChiCityClerk.com).

Even if your building gets a snazzy website, you can’t simply rid yourself of all paper documents.

“We still have to slip a paper under the door for some things,” Stoller says.

And while email and Web sites are appropriate for many various uses, you still  must have good backup records and documentation for everything you do,” Stoller says.

In every building, there are always some people who aren’t comfortable with going online for just about anything. Some don’t even own a computer—and there are few buildings that keep a computer room in the basement filled  with old public computers anymore.

That means that the buildings still have to be sensitive to those who may not  have virtually arrived in this century—and prefer everything to be done via snail mail and actual newsletters.

“But whether we like it or not, paper is becoming obsolete, and associations are  learning this,” says Gael Mennecke, executive director of the Association of Condominium,  Townhouse and Homeowners Associations (ACTHA).

In a few years, even those who don’t own a computer yet may be forced to visit the local Best Buy or get over to  the nearest Apple store.

“Some of the older people aren’t computer literate, but that should change over time,” Stoller says. “The people who are comfortable with technology use it more. Some don’t access it at all, but many people do it frequently.”

The best foundation for a strongly built community, though, is for the place to  be well-managed. Communicating what’s happening with the building is the key to building trust. Happy surfing.