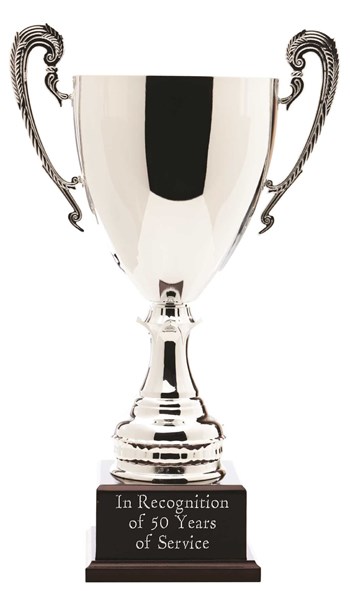 It is one of life’s eternal questions: is it possible to have too much of a good thing? That  question certainly can apply to the matter of long-serving board members, those  individuals who get elected and re-elected term after term. And like most big  questions, there is no easy answer. Every community is different and every  board is different. There are, however, a few pros and cons that tend to crop  up in nearly every situation where a board has one or two long-term members.

Perhaps the biggest benefit of having a cadre of seasoned board members  overseeing one’s condo or co-op community is the fact that they have unparalleled institutional  memory. “They have significant historical knowledge of the property as well as the  administration of that property,” says David Hartwell, a partner with the Penland Hartwell law firm, based in  Chicago. “Knowing how a board has construed its declaration and rules and regulations over  the years is important in terms of consistency.”

In the opinion of Mark Roth, an attorney and partner with the law firm of Orum & Roth Ltd., the benefits of long-serving board members “far outweighs the detriments,” he says. “They bring a sense of history.” And when it comes to long-term issues—perhaps a capital project or ongoing litigation—they can bring first-person knowledge of the situation to the table, allowing  boards to hear the details from a witness and not rely solely upon past meeting  minutes or other stale documents.

Chicago Attorney Steven Welhouse of The Sterling Law Office agrees. “It’s kind of like the old story in government—you need someone with expertise and institutional memory to make things work,” he says. “For example, a knowledge of collections—they have seen what works and what doesn’t. And it promotes efficiency. You don’t have to look to an outside source all the time, like an attorney or manager,  for your information.”

Multi-term board members also are important because they can hold down the  metaphorical fort when new members join the board. In today’s world, running a co-op or condo community can be like running a small  multi-national corporation—the stakes are high with hundreds of units and millions of dollars in play. It  can take up to a full term for new board members to learn the ins and outs of  procedures, bylaws, meeting rules and other details. While they are learning,  the more experienced board members can shoulder the burden and at the same  time, provide important mentoring opportunities.

In more pragmatic terms, long-serving board members also can help ease whatever  difficulties an association may have in recruiting new candidates to seek board  positions. Because these positions are voluntary and because they can be so  time-consuming, many residents these days choose not to run for leadership  positions within their condo or co-op community. That means a fair number of  board members may be seeking re-election term after term simply because there  is no one else willing to take up the torch.

Long-serving board members also are more likely to be able to support and  oversee long-term projects. “They are able to put forth long-range agendas in terms of capital projects and  long-term maintenance,” says Hartwell.

In some cases, board members would like to step down from their positions but  external circumstances make it impossible. “We’ve had situations with board members who didn’t want to be there anymore but who were part of lengthy litigation. Because they  had been there from the beginning, they agreed to stay.” By sharing their experience and knowledge of the case, they were putting their  community in a better position to win their case, returning to their board  responsibilities long after they could have retired from the stress of serving  their fellow residents.

On the Down Side

Despite the myriad benefits that long-serving board members bring to the table,  there are times when that longevity can be a detriment to the community rather  than a positive. Sometimes board members are long-serving “because they are adept at wielding power,” says Hartwell. “They may diverge from the basic rules and regulations and start administering  the property like it is their own small fiefdom.”

Roth agrees. “I have seen some who are on boards past their prime and others who begin to run  the place like a dictatorship.”

“With long-standing board members, you want to hope that they are committed to  the organization,” Welhouse says. He has, however, witnessed cases where unit owners have  litigated because they felt these board members were working for their own  benefit rather than the community’s as a whole. For example, they could be “steering maintenance and expenditures to benefit themselves,” Welhouse says. “There is a danger of having someone entrenched and directing to their benefit.”

“Long-standing board members,” says Hartwell, “can have control over managers and committees.” He has heard of instances with board members getting preferential treatment by  staff or maintenance, enforcing rules differently among residents and treating  other unit owners unfairly. Extreme cases such as those involving embezzling  are rare but do happen, breaking trust and confidence among residents and unit  owners—something new board members can have a difficult time rebuilding.

Even those individuals who mean well can end up causing difficulties for the  community simply because they have lost their motivation. “There’s the problem of apathy,” says Hartwell. “Especially for larger condos, it’s a big responsibility and these are all unpaid positions. It can be harder and  harder to find people willing to serve. As a result, democratic processes that  should take place, don’t take place.”

While it’s “not always good to have wholesale change,” says Hartwell, it can be helpful to “get new perspectives and a fresh set of eyes. Otherwise, things can become very  static.”

For any co-op or condo community unhappy with a long-serving member of the  board, the easiest solution is simply to vote that person out at the next  election. Sometimes, though, that is easier said than done. Board members  reluctant to let go of power can make it difficult for their fellow residents  to unseat them. Perhaps they promise benefits for those who will vote for them  or intimidate those who choose to run against them. When things like that  happen on a regular basis, they can become self-perpetuating, with residents  believing that there is no way to rid the community of that bad board member,  so they simply stop trying.

If worse comes to worse, residents do have recourse to remove board members at a  special meeting. However, says Roth, “it is very difficult to remove a board member. You need two-thirds vote to do  so. Long-standing board members can usually obtain enough proxies to remain on  the board.” And aside from lobbying for votes, board members also benefit from the simple  yet powerful fact that it is extremely difficult to get two-thirds of any  community to agree on something.

Just as in federal, state and local governments, the debate on term limits  arises from time to time. According to Roth, the Illinois legislature  considered term limits for condo board members but ultimately decided against  it. Too often, term limits can force the departure of far more good, competent  and committed board members than those who cause trouble.

While there is no state law regulating term limits, it may be possible for an  association to amend its bylaws and institute them for their own community.  That, too, could be nearly impossible, again requiring a two-thirds majority to  make any changes to the bylaws. And, says Hartwell, “if it’s a long-serving board, they’ll see no reason to amend the bylaws and unseat themselves,” so the matter will never be brought to a vote.

Perhaps the most effective way to ensure that all board members serve to the  best of their ability no matter how many times they have been re-elected is for  unit owners and shareholders to be vigilant in their own oversight. By  attending meetings, reading minutes, scanning financials and keeping up with  any and all correspondence coming from the board, residents can help keep their  community on the right track and their board members functioning to the best of  their abilities.

This is often easier in larger communities, where the board members are a  smaller percentage of the overall resident population and are thus smaller fish  in a bigger pond, says Welhouse. “A larger number of owners have more eyes on what’s going on,” he says. “The more people watching, the better.” And even if only ten percent of the residents show up to the monthly meeting,  in a larger community that ten percent is still a significant number.

And for residents who perhaps are dissatisfied with aspects of their community  and the way it is being run, they can make sure they vote in their board  elections and get others to vote as well. Or, they can even take up the baton  and run themselves, bringing fresh perspective and new energy in service to  their fellow residents.

Thankfully, the benefits of having committed and long-serving members of the  board seem to far outweigh the cons. There is no doubt that the role of a board  member has gotten increasingly complex and time-consuming in recent decades,  requiring significant energy, skill and experience to be successful. It can be  a difficult load for new board members to bear. That is why boards that have  that institutional memory in the form of long-serving members often flourish,  finding that perfect balance between experience and innovation.

Liz Lent is a freelance writer and a frequent contributor to The Chicagoland  Cooperator.