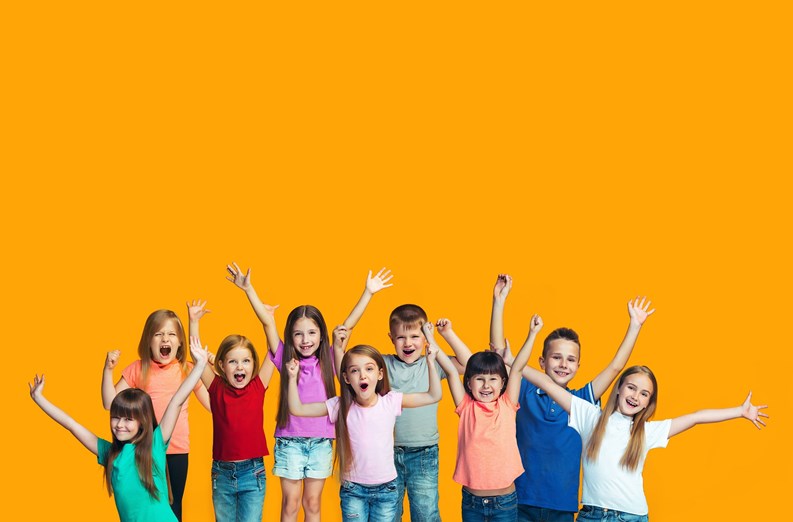 While children are most certainly the future, in the present they can often be a bit of a handful. In buildings and associations where residents live in close quarters, it’s inevitable that unit owners without kids will cross paths with their neighbors’ young ‘uns. This is rarely a problem when the tykes are well-behaved and playing safely, but when things get loud or even dangerous, conflicts can arise. A board can only regulate conduct so much without encroaching on the rights of residents, so a delicate balance must be struck that takes into account both those families with children, and those without.

Part of any board-management team’s mandate is to establish rules that maintain quality of life for their community’s parents, children, and neighbors. This can be easier said than done – especially for properties that don’t have designated areas or facilities in which kids can play safely.

Mary Pyrros, Director of Property Management with Kent Builders Management in Tenafly, New Jersey, is currently dealing with two Bergen County associations where the interests of parents with children came up against child-free residents – particularly older empty-nesters who have downsized by moving into these communities. “There’s just really no viable space outside in which the kids can play,” Pyrros laments. “Where there is grass, it’s limited – and often muddy – so the kids will play in the street. And we have older members who will perhaps occasionally not be fully attentive when driving home, so that can get dangerous. And our first priority is obviously protecting the kids.”

Pyrros goes on to say that the communities have implemented things like signage and neon safety indicators. But while these measures may reduce the risk of accidents, they can’t eliminate it outright. “We try to enforce the rules, but they will occasionally be ignored,” she says. “It’s one of the constant considerations that comes with being a manager.”

In associations with more abundant available space, the idea of installing some sort of playground equipment sometimes comes up. But according to management pros, those proposals don’t often make it off the ground, since even the most kid-friendly resident is unlikely to be thrilled at the idea of owning the unit closest to a noisy, boisterous play area. “The person in 1A or wherever did not sign up for that when they moved in,” Pyrros notes. “Why should they have to deal with the added noise now?”

Common spaces can be grounds for quarrels as well. As Dawn Dickstein, President of MD2 Property Group in New York City, notes, a playroom is clearly intended for children. But something like a gym or fitness room is not only adult-oriented--it can be dangerous for kids to play in, even with supervision. Dickstein recommends setting firm rules for who may use common areas like gyms and fitness rooms, and even fining parents who don’t comply. “Restrictions pertaining to guests of a child or their family should all be incorporated in the house rules,” she adds.

Of course, playgrounds and rumpus rooms aren’t the only ways a community can make its youngest members feel welcomed and involved. Kid-friendly programming can be a great way to build neighborly spirit and help residents connect with each other – no monkey bars required. “I’ve seen parties for Halloween, other holidays, tree-trimmings...various events that are catered toward children,” Dickstein says. “It all depends on the composition of the building, and the tone that the board wants to set for residents. It also depends on the involvement of volunteers within the association, and what they are authorized to plan for residents and their kids.”

While the safety of every child residing in an association property is paramount, boards are also under fiduciary duty to consider the liability concerns that could result from any sort of mishap. Even something as seemingly minor as a kid making a lot of noise in their own unit could be perceived as infringing on another resident’s quality of life, and lead to acrimony – and even litigation.

“With typical suburban townhome or community-style associations often there’s an open area, or perhaps actual parkland, or an amenity like a swimming pool that gives parents and children options for play and activities,” says William O. Chatt, a shareholder at law firm Cervantes Chatt & Prince P.C., in Chicago and Burr Ridge, Illinois. “Raising children in the condominium setting is more of a challenge for parents, as children have a lot of energy and less options for play. While the tendency is for parents to hope an association considers the youth of an offender when conflicts arise, an association is charged with managing the property for all owners – including those without children. And that requires the interests of all owners to be taken into account.”

“These things usually start with a resident complaining to the manager or board about noise coming from a neighboring unit, and the complaints typically include banging, jumping, running, toys being dropped repeatedly, yelling, screaming, et cetera,” adds Mark Einhorn, an attorney with Marcus, Errico, Emmer & Brooks, which has offices in Massachusetts and New Hampshire. “If someone is trying to sleep, or there is substantial noise transmission between units, there is no doubt that can be disturbing or bothersome, and even become a nuisance to the person on the receiving end. Upon hearing a resident describe issues that would bother them should they be subjected to it, most boards want to help by taking action.

“But as anyone who is at all familiar with children can attest,” he continues, “all of the aforementioned behaviors are normal, even typical, for children. And as the courts have held in many cases across the country, children are not required to become mini-adults just because they live in multifamily housing. In fact, they are generally protected – and a board can face discrimination charges if it tries to force families with children to conform to standards that may be reasonable to apply to adults. For this reason, boards should not react to a resident’s complaints with the assumption that just because someone is bothered there’s an infraction that must be dealt with. That is true even if there is noise that might be unreasonable if it was being made by an adult.”

When it comes to regulating the behavior of children, responsibility ultimately lies with the parents. “While an association can restrict or prohibit play in common areas such as hallways, lobbies, stairwells or elevators, age restriction most likely would not be permissible given housing laws,” notes Chatt. “It should be noted that some states – including Illinois – do permit communities to elect to restrict ownership to a certain age (Illinois sets that age at 55). In that instance, children would not be permitted to reside in a unit – and as a guest, their access to certain areas can be restricted or regulated more closely. That said, just as an association may restrict common areas for ingress and egress, or prohibit storage of bicycles or shoes, it may also prohibit play activities in those areas as well.”

Einhorn urges boards to avoid approaching rules with an assumption that a child left unsupervised will cause mischief. “That is not a valid basis for requiring supervision in common areas,” he says. “If supervision in common areas – or for certain amenities – is going to be required, then the reason should be rooted in safety. Fair housing laws protect the rights of families to enjoy the same rights to amenities as adults, and they should not be subject to oppressive or unnecessary constraints.

“This begs the question of which actions are or are not overly oppressive for a board to take,” he continues. “For starters, any rule or regulation that targets children specifically should be closely examined. A rule should not prohibit children from playing, or prohibit their toys in the common areas. The rule should be more neutral and rationally based – which does not mean [catering to] neighbors who simply don’t want to hear children playing. If recreational activity is unsafe in a specific area, then prohibit recreational activity for all individuals in that area, instead of banning children or requiring children to be supervised.”

And as Chatt points out, this can extend to quiet hours, which can be broadly applied to everyone in the community for specific periods during the day. It can also be a good starting point at offering neighbors the tranquility for which they are looking.

Ultimately, the accommodation of families with young children and the concerns of child-free residents aren’t mutually exclusive; it’s all about neighbors respecting each other, and community administrators respecting the law and enforcing rules fairly and reasonably. And that’s good policy, whether you’re age four or 84.