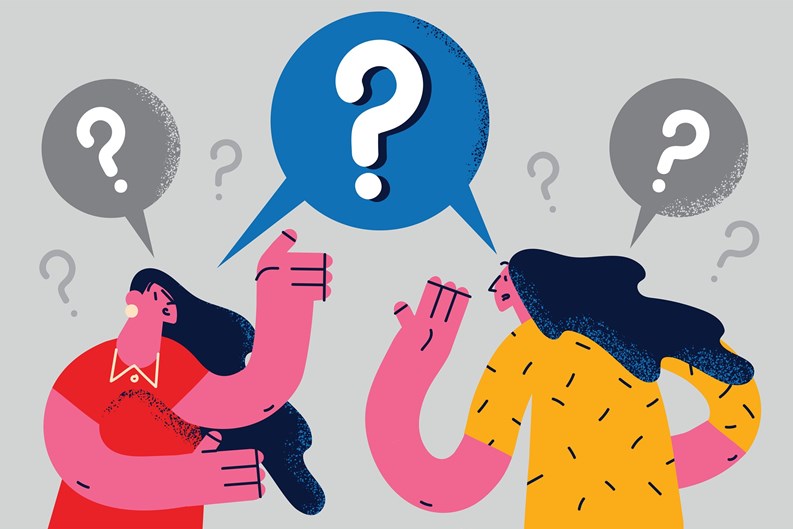 Even before the pandemic and social unrest of the last few years, interpersonal conflict and even outright hostility were challenges that every board and manager in a co-op or condo would eventually have to deal with.

Whether the result of legitimate grievances or something less rational, disputes between residents, residents and the board, or residents and management must be addressed promptly and skillfully in order to maintain a functioning, livable community for everyone. Ignoring conflict does not make it go away; it leads to acrimony and bad vibes at best, and open hostility, litigation, and even violence at worst.

There are plenty of things that could tick off someone in a building. Matthew L. Moodhe, a principal with Kovitz Shifrin, an HOA law firm in Chicago, notes that neighbor-to-neighbor conflicts tend to fall into two categories: property damage disputes or allegations of violation of the association’s governing documents, such as noise or nuisance disputes. “These often devolve into emotional, personal conflicts between two owners or residents,” he says.

Noise is a perennial source of arguments between neighbors. In any setting where many people are living in very close proximity to one another and sharing walls and floors, noise complaints are inevitable. The issue could be a barking dog, loud music, people walking around or dropping things on the floor above, or construction next door. In addition to noise complaints, renovations also come with dust and debris drifting over from the apartment or common area where the renovations are being performed.

Dawn Moody, principal of Keough & Moody, P.C., an Illinois HOA and condo association law firm representing clients throughout the greater Chicago area, agrees that complaints about nuisance issues like noise and smoke are the issues her firm deals with the most—but cautions that not every spat rises to the level of something a condo or HOA board needs to get embroiled in.

Once the complaint has been validated—that the thing the complainant is complaining of is actually happening—and it has been confirmed that the conduct is indeed a violation of the governing documents, the board should proceed with its normal rule enforcement process. Applying the same exact process to every complaint a board or manager receives ensures that community administrators have receipts in case a unit owner is convinced they’re being picked on, targeted, or ignored by the board or management in a given dispute.

“It’s our experience that many neighbor-to-neighbor conflicts arise out of the unit owners’ perception that they are being treated unfairly by their neighbor, or possibly the association,” Moodhe says. “Following a consistent investigation process such as written statements, asking for pictures or other substantive evidence, is a good way to establish and present a fair and equitable process to the unit owners.”

When the issue is a dispute between a unit owner and a property manager, Moodhe notes that most often arise out of governing document violations.

“Our experience is that these conflicts tend to be much more one-sided, because managers are professionals just doing their jobs, and are not as emotionally invested in the dispute as some unit owners,” he says. “Some unit owners will project their displeasure on to the property manager when there is a violation or a board decision with which they disagree.”

Another common source of disputes between residents and building administrators is transparency—or more specifically, the lack thereof. This could come from the board or manager leaving residents in the dark about decisions that affect the entire building or finances. Whether or not that is done on purpose to obscure bad behavior, or simply out of lack of consideration, the appearance of shadiness is sometimes almost as bad as the real thing—and it has a corrosive effect on community morale and goodwill toward board and management alike.

Relatedly, often when unit owners disagree with a board’s decision, it’s because they do not know all the factors and issues that went into making it. Moody notes the most common sources of conflict between residents and management generally involve residents who are upset that their complaints or questions are not being addressed in a timely manner.

“Communication is the key, as it helps establish expectations,” she says. “This includes preemptive communication with the owners regarding estimated time lines for resolutions of complaints—such as, ‘This issue will not be addressed until after the board considers it at its next board meeting.’” Communication allows owners to understand that their maintenance issue may not be taken care of for several weeks—not because they are being ignored or are not important, but simply because the contractor is on another job and cannot be on site until such-and-such date.

“With owner-to-owner issues, communication about rules and regulations help make it clear when the association is and is not going to be involved with a dispute,” Moody says. “It also helps remind people what it means to be living in a community environment.”

All condo, HOA, and co-op communities should have a clear set of rules and regulations to ensure that all residents understand what’s expected of them and act in a manner that’s appropriate for their living situation. Strong, consistent communication of what’s required is also vital.

First, Moodhe notes it’s a good practice for a property manager to remind the board that their primary responsibility is to follow and enforce the association’s governing documents—not necessarily to mediate or resolve all neighbor-to-neighbor conflicts.

Next, when a conflict between neighbors arises it’s a good practice to inform or educate the unit owners involved of the role of the board and management in these situations—mainly that the association and its board has the responsibility, authority and discretion to enforce the association’s governing documents.

That said, “Unit owners should not expect the board or management to use this discretion and authority to advocate for one unit owner against another,” Moodhe says. “Next, informing the unit owners of the process by which a violation may be reported, investigated and determined by the board is also effective in educating and reinforcing to the unit owners what the role of the board and management actually is.”

Harold Coleman, Jr., senior vice president of mediation for the American Arbitration Association, notes that any governing board or managing association that rules with an iron fist instead of dealing with issues with a velvet glove, is setting themselves up for failure. “This just escalates conflict that really could have been contained by being a bit more sensitive,” he says.

Coleman notes there are three segments of a successful conflict plan: prevention of the issue in the first place, containment to keep things from escalating into litigation or something worse, and resolution.

Sometimes however, even the most conflict management-adept board fails to defuse, much less resolve, a major issue in their building. As a last resort and when all diplomatic efforts fail—especially if someone is threatening the safety of a resident or property, then it’s time to reach out to a legal professional.

Moodhe notes that certainly if neighbors engage in any type of threatening, harassing behavior toward the property manager or the board, it’s time to immediately seek the assistance of the association’s counsel to consider sending a cease-and-desist letter with respect to that particular behavior.

“Typically, in most neighbor-to-neighbor conflicts, there is some type of history between the unit owners,” he says. “If that’s the case, it’s very effective for the property manager to advise the board to engage the association’s counsel sooner rather than later. Quite often if the source of the dispute is a property damage scenario or a noise or nuisance violation situation, the association’s counsel can intervene on behalf of management and the board and attempt to establish a reasonable or rational discourse environment within which the board can make a determination as to a violation, if any.”

“Quite often, the association’s counsel can clearly identify the legal answer to the underlying dispute and more often can explain to the unit owners that is neither the board of directors nor management’s responsibility to mediate all disputes between neighbors and that the board’s primary responsibility is specifically laid out in the governing documents and the condominium property act,” Moodhe says.

Legal counsel also generally needs to be brought in once there is a threat of litigation or allegations of harassment.

“In some cases, it is helpful to involve legal counsel when an issue arises in order to help determine whether there is a violation and the best way to resolve the violation or conflict,” Moody says.

If the board has properly exercised their discretion and authority and determined responsibility for damage or whether a violation exists, and yet the conflict continues, the manager or board can suggest to the neighbors that mediation may be an avenue to resolve the problem.

That said, “It is unlikely that management can require mediation or arbitration of neighbor-to-neighbor disputes unless there is a provision in the association’s governing documents,” Moodhe says. And although binding mediation and arbitration is not done frequently in Illinois, Moody notes mediation can often be a good avenue for resolution of owner-to-owner complaints.

“Mediation involves the assistance of a third party to help focus issues and get the parties speaking about what can be done to address those issues,” she says. “Unfortunately, it does require the cooperation of both owners. In my experience with owner-to-owner disputes, mediation has not often worked because one party will not consent to it. Some owners simply want to be told that they’re right and their neighbor is wrong, and they don’t want to work together towards a compromise or resolution. It is unfortunate.”

For the board, communicating that its legal duty is to enforce the terms of the community’s governing documents—and not necessarily mediate a resolution to a dispute or conflict between neighbors—is key in preventing the board from playing referee in endless rounds of back-and-forth between residents. From the property manager’s perspective, clearly and consistently reminding the board and community members of the process by which complaints and conflicts will be investigated, processed, and disposed of by the board is also vital. For residents, understanding that the board is not a court of law, managers are not law enforcers, and that sometimes you just have to work it out with each other is a major component to successful—and peaceful—multifamily living.

Keith Loria is a freelance writer and contributor to CooperatorNews.