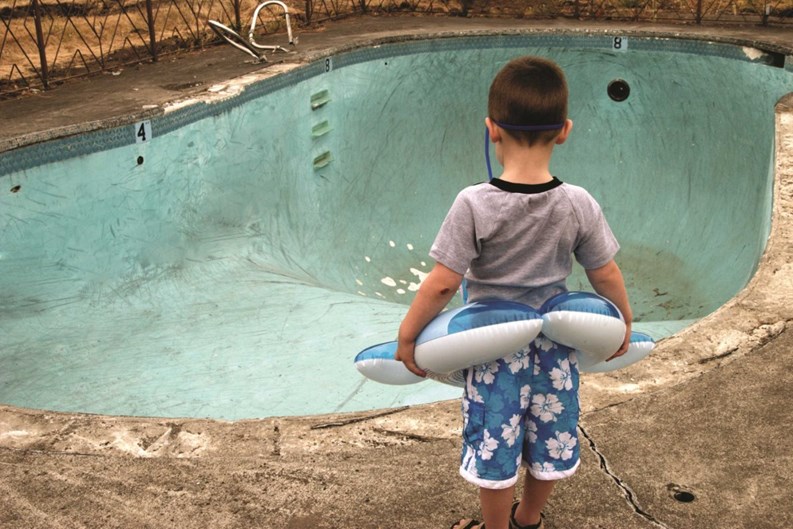 When buyers purchase condo units, they purchase access to the condo's shared amenities, as well. Depending on the scale and financial demographics of the building, those amenities could be substantial.

For instance, during the real estate boom of the early 2000s, amenities like free continental breakfast and in-house pet spas were not uncommon; even in more modestly appointed condos, pools and gyms are often part of the package marketed to buyers. In a post-recession economy, however, some HOAs are asking themselves whether or not the popularity of deluxe amenities justifies their expense. After all, some buildings are faced with amenities that are costing money but not getting frequent use. Scaling back—or even eliminating some services or amenities—can save money, no doubt, but it's a tricky process…one that may have legal ramifications, too.

From Boom to Bust

Once upon a time—and not very long ago—condos did not offer amenities, unless those include elevators, functional heat, and opening windows. When, say, Al Capone was shopping for a new place to call home, living spaces were fairly basic. Though, with each successive economic boom, buildings offered a little more in the way of amenities. After the go-go ‘80s and the subsequent dot-com explosion, amenities became a way for smart developers to make their building more special…then every building had to have a weight room, pool, and staff masseuse. With the collapse of Lehman Brothers in 2008 and the ensuing economic recession, however, the pendulum began to swing in the other direction, and HOAs began to ask if all these bells and whistles were really necessary—because they certainly aren’t free.

“Developers, generally, put in play all these wonderful little amenities, and while the developer is there, they’re kind of offsetting the cost of those things, because they don’t want to sacrifice sales velocity,” says Kim Merrigan, CMCA, AMS, PCAM, and president of McGill Management, based in Arlington Heights. “Then, a board of directors comes along and takes over that community association, and they see all these amenities that really aren’t being funded properly, and they have to increase assessments to do that.”

Politically, federal entitlement programs are difficult to take away once people become accustomed to them…even one they don’t use much. The tennis court may just sit there gathering dust, but to convert it into something more usable, like a parking lot? You might as well amputate a limb. “They’re feel-good things,” Merrigan says. “Once they’re sold on them and once they get used to them, it’s really hard to remove them from the mix.” Not impossible, though…especially with certain types of amenities.

“In every condominium declaration—and many townhome declarations—there’s attached, as an exhibit, what’s called a plat,” says Chicago-based attorney Barry Kreisler of the Law Offices of Barry Kreisler, P.C. “It’s basically like an architectural drawing of the units and the common elements. A large amenity like a pool, clubhouse, or golf course would probably be called out in that plat. To stop using these things (as opposed to regulating the use of them) would probably take a supermajority unit owner’s vote to amend the basic documents.” Generally, owners have little—if any—desire to do so. Indeed, the cachet of the big amenities is likely what lured them to the condo complex in the first place.

Don’t Shut Me Down

“It really does come down to the owners, and most owners don’t want to get rid of those items,” says Merrigan. “It’s the reason they bought there, generally. They purchased in a property that had four tennis courts because they knew they could always get court time…or they have an indoor and an outdoor pool. That’s why they bought there…why would they want to get rid of it?”

While a golf course, say, might be something of a white elephant to the HOA charged with maintaining it, that same white elephant will appear on all the brochures when a unit is on the market. Owners, for example, “look at those things as big resale value items, the same way the developer did with sales velocity,” she says. “It’s really difficult to get rid of an amenity.” When trying to eliminate amenities, generally, the bigger they are…the harder they fall.

“Really, it is a judgment call in the sense of how significant that amenity is,” says Kreisler. “For example, if you have a big clubhouse that’s part of the association—or a swimming pool—those amenities are probably so significant that, if the board wanted to eliminate them, it should probably place it to a unit owner’s vote…they’d need to get enough of a majority voting in the affirmative to in effect amend the declaration. Because that’s something that’s a fundamental part of the common elements, and I believe you can’t eliminate that without taking a unit owner’s vote.”

“Specific amenities are just about always mentioned in the documents. Each declaration outlines the vote threshold that they would need in order to amend it and, generally, it takes it even further than that,” says Merrigan. “They have to notify all the mortgage lenders because they have financed units based on these common elements, so they also have to be notified that they’re amending the governing documents to remove an amenity.”

Mortgage lenders, as anyone who’s ever attempted to renegotiate a mortgage knows quite well, are not overly receptive to change. “It’s bigger than just the actual owners. There’s work to it, and legal is involved from beginning to end. You want your legal team involved. It’s not an amendment that a manager or a board of directors should be writing. It has to come through a legal process.”

Thus, even the most power-hungry, austerity-preaching board will have difficulty filling in the swimming pool. But the non-big-ticket items are anyone’s game. If the board throws a Pac-Man arcade game in the laundry room, they can just as easily remove it. “The other side of the coin would be a ping-pong table,” Kreisler says. “The board could probably just consider whether that makes sense anymore, and if it doesn’t, just take it away.”

There are occasions, unfortunately, when the choice really is between opening the swimming pool and meeting necessary expenses. One factor that contributed mightily to the most recent recession was real estate overreach. In the mid to late 2000s, developers bit off more than they could chew, and then watched in horror as their teeth fell out. What do you do when your condo has 25 units, and only half of them are occupied? Or when a sizable percentage of units are in foreclosure? When happens when two-thirds of the owners are in arrears? Do you think about not hiring the lifeguard that summer?

“Unless an amenity is generating income, none of them pull their weight,” says Brian Meltzer, a member of the law firm of Meltzer, Purtill & Stelle, based in Schaumburg. “After the crash, many communities were stalled—far short of complete buildout with significant foreclosures and delinquent assessments, but had amenities designed to serve a much larger population at a cost that the association simply couldn’t afford. Under these circumstances the owners often reluctantly agreed to scale back their budgets and decrease the services provided in order to avoid financial disaster.”

“In the documents we draft, we do not specifically give the board the power to get rid of amenities,” says Meltzer. “Some documents may be construed to give the board the power to make a significant change in the amenities, but the better approach would be to put it to a vote of the owners which would be paired with the decision to significantly raise the assessments or levy a special assessment to generate enough funds to pay the cost of continuing to offer the amenity.” In other words, present amenities for what they really are: luxury items.

To be fair…not everything is crystalline pools and verdant links. “Buildings are required to maintain amenities through the declaration,” Merrigan explains. “You might have a building that’s 40 years old with a 40-year-old pool, and the owners don’t care because they’re all getting older, but now you’ve got new owners moving in, and you’ve got a younger crowd, and they’ve got that amenity. The same people don’t live in a property for 40 years. You’re going to see turnover, you’re going to see people who want that amenity. These aren’t always things like a tennis court or a swimming pool. This could be a pond that once was a beautiful pond with natural grasses that turns into a quagmire.”

When you consider the inertia of having an existing amenity, and all the politicking involved with eliminating it, including dealing with an army of mortgage brokers, it should be no surprise that big ticket amenities rarely make it to the chopping block. “In fact,” Merrigan says, “in my entire career, I’ve not seen an association remove an amenity.”