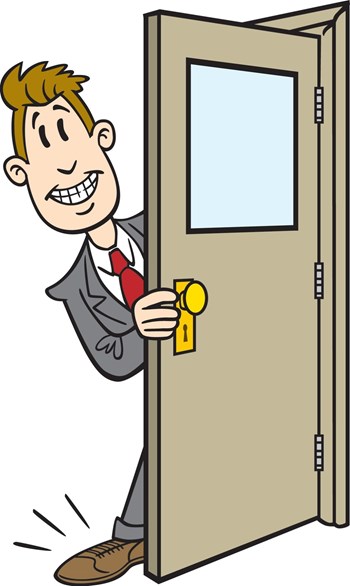 In the Chicagoland area, the process of purchasing a condo can make for quite the odyssey. Oh yes…matching budget requirements, securing mortgages, and inspecting reams of paperwork all amount to a rather stressful and tedious adventure. For those buying into co-op—and increasingly, some condo—buildings, however, another hurdle must be considered…board approval.

The notorious ordeal of gaining approval from co-op admissions committees has become the subject of books, news stories, movies, and plays. Indeed, the painful process does not discriminate; from Jennifer Lopez to Madonna to Richard Nixon, over the years, countless household names have found themselves denied entrance to pricy co-ops by finicky boards.

Let’s examine the process involved in a board’s decision to give the thumbs down to a seemingly qualified applicant.

Who Do You Think You Are?

At first glance, this sort of rejection may seem petty…if not outright cruel. An owner finds a buyer for a condo unit, contracts are signed. Everyone breathes a sigh of relief. Suddenly…the deal collapses because the board rejects the buyer. The buyer is angry…and the owner possibly angrier. Why on earth would a board do such a thing when the applicant has plenty of net worth and excellent credit?

“Generally, it must be kept in mind that, in some cases, we live in close proximity with our neighbors and share amenities,” says Stuart Saft, a partner at Holland & Knight, a nationwide law firm with offices in Chicago. “The board approval process may seem ‘snooty’ to some, but to those of us who live in these buildings and serve on the boards, it provides a measure of protection from a difficult resident…like those who flout the rules because he or she can do anything they want in their apartment.”

“When it comes to condominium and homeowner associations, boards must be very careful,” warns James A. Erwin of Erwin & Associates, a law firm based in Chicago. “If they do not have a right of first refusal reserved to the association in their declaration, they do not have the right to reject a potential buyer. They can, however, prevent the buyer from closing on his or her purchase if the buyer has not completed or complied with all properly established non-discriminatory closing requirements of the association (i.e., paid move-in fees, posted move-in deposits, completed new buyer forms, etc.).”

In Chicago, 'difficult' residents do tend to pop up from time to time. As with hurricanes or sinkholes or any other potential menace, the best way to get rid of them is to not let them in the building at all.

“As a long-standing board member and attorney representing boards, I assure you the board members suffer the most if they guess wrong on their neighbor,” Saft says. “Imagine spending your life savings—and borrowing money—to buy an apartment and then have someone move in above you who sets up a basketball hoop in the apartment for their kids, or moves in next to you and screams at his or her spouse all night. Or imagine being elderly or having young children or having asthma and having someone who smokes like a chimney move in next to you. This isn’t about snootiness; it is about maintaining a quality of life.”

What makes a potential resident difficult? How can you detect this? The most obvious way—and the least divisive—is money. For co-ops and condos, if one unit is in arrears, the entire building suffers. Put into geopolitical terms, if your building is the European Union, you want to sell to Germany…not Greece.

“We are talking about people’s place of residence, the discussion about what makes someone a ‘difficult’ neighbor or community member varies wildly based on the personality traits of the parties involved,” says Erwin.

“From the viewpoint of most association attorneys, I would say that the most difficult residents are those that show clear disregard for the fact that they live in a shared community and who cause disruption to their community on an ongoing basis. This disruption can be financial—in the form of chronic non-payment assessments with little to no attempt to meaningfully communicate with the board. Or it can take other forms—noise, smells, improper use of common areas or blatant disregard for the rules of the association.”

Show Us the Money…and Everything Else

How can boards determine whether a prospective buyer will be an asset to the community rather than a liability?

“Firstly, the applicant has to submit a complete application package,” says David Berkey, a partner with the Manhattan-based law firm of Gallet, Dreyer & Berkey. “Then the next step is the board will review the application package, and that review generally is done for financial analysis—whether or not the person has the capability of paying the maintenance charges in a co-op, or the common charges in a condo…and also seeing whether or not the person meets the criteria that the board has set for financial strength.”

Financials are the first factor in approving or rejecting. Since real estate in Chicago and the suburban neighborhoods is not cheap, when a buyer is rejected—in most cases—it’s because of money.

Sheer numbers aren't the only part of that qualification; a board might have concerns about where the money comes from. “If someone appears to be running a cash business,” Berkey says, “and—although their tax returns show a low amount of reported income—they have an enormous amount of money and are using cash to buy, the board may be concerned about the legitimacy of the buyer’s source of money.”

When It's Not About Money

Having inadequate—or potentially shady—income sources is a fairly straightforward reason to reject a buyer. The tricky part, from the board’s perspective, is understanding when and how to reject a potential buyer for non-financial reasons. This comes out during the second part of the application process…the interview.

“Co-op boards can ask any questions that do not relate to characteristics which are federally protected against discrimination, such as race. However, because co-op boards almost always have face-to-face interviews with prospective buyers, it is virtually impossible to prevent them from gathering that information,” says Erwin.

“As long as a buyer complies with all prerequisites for purchasing the unit, the association cannot prevent a seller to that particular buyer,” he continues. “This dilemma occurs frequently with smaller associations attempting to prevent investors from buying units with the intent to lease them. Even if the association has leasing restrictions which may restrict the right to lease out a unit, the sale of the unit to the investor can not be prevented.”

Even more intangibly, it often boils down to 'fit.' The interview is very important because every building has a unique way of living. Some buildings are younger; some older. Many have people who grew up poor; others snobby and pristine. Other buildings are more like families. The idea is to make sure the new applicant is not egregiously mismatched with other residents.

It's tempting to believe that the Madonnas and Courtney Loves of the world are turned down merely because boards want to flex some muscle. Usually, though, such rejections are related to the publicity associated with the applicant…not personality. Likewise, it's easy to imagine the board who rejected Richard Nixon to be a tight-knit group of inveterate Marxists…the reason for his rejection was much more prosaic, though.

The reason President Nixon was rejected from a co-op was due to the Secret Service’s requirement that no one else could be in the elevator with Nixon. In a prewar building with one elevator serving many apartments, that rule would have inconvenienced the rest of the residents. Co-ops have an easier time rejecting buyers than do condos, who cannot turn anyone away outright…but must instead exercise the right of first refusal.