Do not show again [X]
By Greg Olear   2015 November Management 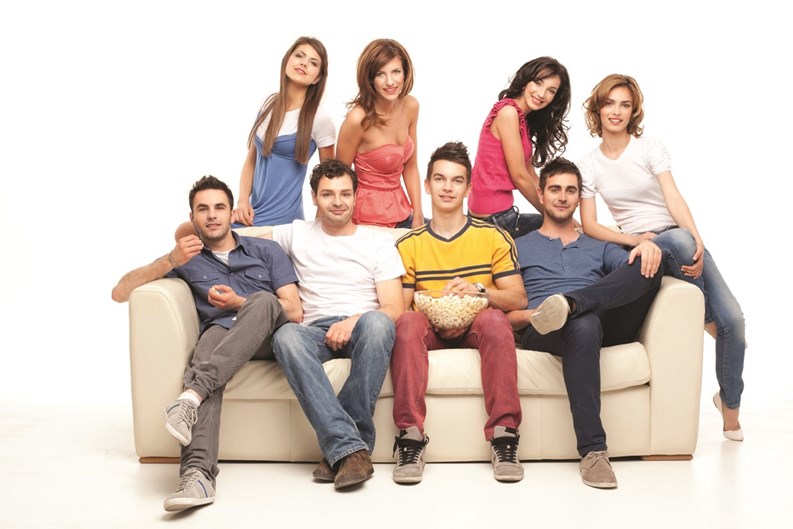 Whether you live in an urban high-rise in the heart of a large city, or in a more spread-out suburban HOA development, security—for both property and physical safety—is an important issue in any condo community. Who can come in, at what times, how long they can stay, and how freely they can move about the property is of concern to any conscientious board/ management team. In order to maintain a safe, secure building or association, administrators must draft and enforce clear rules regarding non-resident visitors and guests—while at the same time not overreaching and attempting to regulate how unit owners conduct themselves in their own apartments

The sheer number of residents living in any one building can be the greatest impediment to safety. All it takes is one person to hit the buzzer and let in a presumed pizza-delivery guy, and the next thing you know, a rash of burglaries goes down. This is the main reason why boards are so strict when it comes to guests. Not that your visiting college buddy is going to steal stuff from the apartment down the hall, but that buddy simply doesn’t have as much of a vested interest in keeping the building secure.

“Security is our first concern,” says Jim Stoller, president of The Building Group Inc., a management company in Chicago. “Management and the board must agree on a practical approach to maintain security while still preserving the integrity of the building. There are many ways to create a secure entrance without creating a prison. Today we are more security-conscious than many of the buildings that were built in the ‘20s and ‘30s. We’ve had to change our access points farther towards the public area and restrict many of the areas that at one time had been open or more accessible.”

“Security in any large city is one of the highest concerns with residents, as they must feel safe in their own homes,” adds Keith J. Hales, president of Chicago-based Hales Property Management in Chicago. “To ultimately limit risk and keep owners safe, boards should implement a security screening system to help keep track of any non-residents. Even a basic sign-in sheet or other form of security such as adding a camera system helps to keep everyone honest and gives the perception of a secure building if nothing else.”

An additional issue is that owners care a lot more about the building than people who are in the building for a week or two, who are less likely to abide by the rules.  Illegal sublettors have even less incentive to follow the rules. Again—this is not to say that all guests and sublettors will trash the joint, but to stress that the only people who have real incentive to adhere to the rules are the owners of the apartment.

In addition to long-term and short-term guests, management companies and boards in Chicagoland have an added resident to contend with: the snowbird.  Snowbirds are typically retirees who wish to avoid the snow and cold temperatures of a Chicago winter and migrate southward during the bitter months, often letting family and friends stay in their unoccupied units while they're on the links or catching rays.

In the Windy City, “Snowbirds tend to not leave their place unoccupied,” says Mark R. Rosenbaum, an attorney with the law firm of Fischel & Kahn, Ltd. in Chicago. “They will typically have a relative in the place for two, three or four months. But most inform their association of that, and so the associations know the circumstances. The owner is not gone permanently, and they are not leasing out their unit. In most cases there is no rent paid.”

“During the winter months we’ll ask snowbirds for a local emergency contact phone number in case a pipe bursts or something,” says Stoller. “We also want to have a key to the unit in case of an emergency. We like to have guests—especially long term guests—register with the building. The key thing is making sure residents understand the reason [for requiring that information]. Sometimes they feel it’s a violation of their privacy to register everyone who's staying in their unit. You just have to help them understand that it is really in their best interest.”

Like all rules and regulations, rules and regulations concerning guests are more controlled in a co-op than a condo. As the name suggests, co-ops are more cooperative, and thus regard the rights of the group—in particular, the quality of life of everyone in the building—as superior to the rights of the individual. Condos have rules, too, but those tend to have less teeth, as owning a condominium is more or less like owning a house, only in a shared building.

“Many associations, common interest communities and condos have either declaration provisions or rules regarding limitations on rentals,” says Rosenbaum. “Usually in the declaration it says you can’t lease to someone less than 12 months and the unit can’t be used as a hotel for transients. That’s a very popular amendment these days. To limit in some way the number of rental or how a rental can be done. Anytime the owner isn’t there for an extended period and someone else is, whether they are paying rent or not, the association deems it as a lease and treats that person as a tenant.”

“It’s always a balancing act between trying to accommodate people’s freedoms and the rules of the association,” adds Stoller. “You don’t want to live in a prison, but then you also don’t want total chaos.”

Now, having a prohibition against long-term guests (or short-term renters, depending how you want to look at it) and discovering that someone is harboring them are two different things. While the theory goes that guests have no incentive to create a harmonious living space in a building, the fact is, bad behavior only attracts attention. Both guests and illegal sublettors can be quiet as proverbial mice (real mice, of course, are quite noisy).

“With community living comes a great number of different challenges for board members to address,” says Hales. “In this case, the board would need to walk a fine line between trying to act in the best interest of the association and generating an action without it being construed as being discriminatory by limiting the number of long (or short) term residents in a unit. The board should utilize their legal counsel as well as educate themselves on the best practices for implementing and enforcing a rule to help limit or control this issue.”

“Most people have to understand buying into a co-op or condo means giving up certain freedoms,” says Stoller. “They don’t have the freedom if they had a single family home. And sometimes when that is explained to them, some people get upset and say ‘I don’t want to live here,’ and they may sell their unit or they may understand that’s not only about them. A co-op or condo is not only about the resident, it’s about the greater good of the community. It’s a shared community and people have to understand the rules and work together.”

Experts note that there is some logic to what is often a zero tolerance policy. A lot of buildings are very strict, even if guests are well-behaved. Because once you let one person break the rules, then there’s a concern that it’s going to be a free-for-all. Furthermore, there are other issues beyond the potential adverse impact on quality of life.

“Buildings are typically designed for a specific number of people to live in each unit within,” says Hales. “Everything from fire and life safety to plumbing systems and scavenger pickup has a design criteria. Additional residents not only add wear and tear, but also increase expenses, and/or push the limits of existing expenses. They add additional risk of damage to the building as well as common area usage - elevators tied up, moving trucks parked in front of garages, additional noise being created, and so forth.”

Some suggest that the most insidious new threat to peace and harmony in Chicago residential buildings is how easy modern technology makes subletting an apartment. Websites like Airbnb.com, which facilitate renting vacation properties the world over, have made boards, property managers, and residents re-think their definition of 'guests.'

“Most of our buildings' bylaws don’t allow Airbnb hosting or short-term rentals,” says Stoller. “Residents have tried to do that in the past, but we’ve stopped them and fined them. We’ve found that these short-term, in-and-out rentals are not the type of environment that most people want to buy into in a co-op or condominium. They want a more stable, neighbor-based community. We’ve had some people try to do Airbnb but we’ve shut them down. In many of our buildings we have door staff so we can keep an eye on who is coming and going. The buildings without door staff are a little harder. Often we’ll get a complaint from a neighbor – but we also check the Airbnb website to see if any of our locations are listed.”

The fate of home-sharing sites like Airbnb is still to be determined. In the meantime, the smart play is to remember the words of Benjamin Franklin: “Guests are like fish. They begin to smell after three days.”