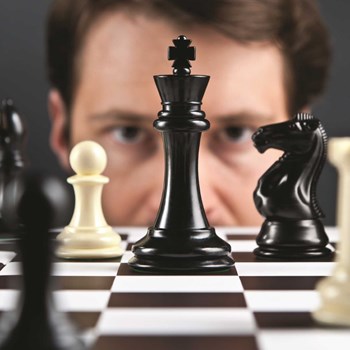 There’s nothing worse than being a unit owner in a building and seeing someone breaking a rule and seemingly getting away with it. It's even worse if that person happens to be on the building's board.

Some board members believe that they are “above the law” so to speak, and seem to be operating under a different set of rules than the rest of the building. This could be anything from giving themselves preferential treatment for parking spots, flouting pet rules, fast-tracking their own alteration projects or voting on financial matters when they themselves are in arrears.

Brian Lozell, CPM, director of condominium management at Chicago-based Seneca Real Estate Advisors, has seen his share of board members try to get away with things and he does what he can to help right the ship.

“The one that bothers me the most is when I see board members with late payments of assessments and navigating away from paying fees,” Lozell says. “I have one building where two board members wound up in court because it was an issue. How can you sit there on the board when you haven’t paid your assessment?”

In Florida, there’s a law that if a board member is 90 days past due on his or her assessments, they are no longer eligible to serve on a board. Lozell would like to see something similar on the books in Illinois.

“There are some people who think they are above the law so to speak, but it might not even be because they are on the board but is just their nature,” he says. “They are abusing their privilege but because of their character, they would still be doing that anyway, even if they weren’t on a board.”

Rogue board members are awful for building morale, have a corrosive effect on residents’ confidence in their board, and can cause a myriad of problems.

“A board’s fiduciary obligation is to act in the best interest of the members of the association. Oftentimes that gets tied to money issues, but in terms of the rules and regulations, their obligation is to closely follow those rules,” says David C. Hartwell, Esq., managing partner at the community association law firm of Penland & Hartwell, LLC in Chicago. “They need to enact rules and regulations that make sense for the community and need to enforce the rules fairly—and that includes the board members.”

In a black-and-white world, a board member shouldn’t be held to any higher standard than any other unit owner in terms of their obligation to follow the rules, but in real life, they must be to keep things running smooth. If not, unit owners get upset and all of a sudden it undermines a board’s authority and it makes them wonder what else they can be doing wrong—like possibly embezzling—and create a firestorm of problems.

“I try to let people’s own conscious be their guide,” Lozell says. “We remind them these are the rules, the rules apply to everyone, and maybe even more so because you are on a board. People look at you to uphold the standard and if they have to follow the rule, you should as well.”

According to Howard S. Dakoff, a partner in the Chicago-based community association law firm of Levenfeld Pearlstein, LLC, Illinois law imposes fiduciary duties upon the board of directors. This concept is extended to the uniform enforcement of association governing documents, such as the declaration, bylaws and rules and regulations.

“Condo boards must comply with the Illinois Condominium Property Act as well as the declaration and bylaws and rules and regulations regarding rule enforcement,” he says. “For instance, section 18.4(l) of the Condominium Act requires the board give a unit owner alleged to have violated the rules notice an opportunity to be heard. There is no similar requirement for co-ops.”

In one building that Lozell managed, the board president was extremely abusive of the association’s parking rule, allowing her son to park in the circular driveway at all times of the day—even leaving the vehicle sitting there over night. When a doorman finally spoke up against her, the board member demanded he be fired.

While abuses of that nature are rare, there are plenty of rule-breaking occurrences that are more common.

“I’ve seen some boards set a rule on weight restrictions of dogs but then a new board member comes in with a heavy dog, and that rule goes out the window,” he says. “It’s the nature of being in an association. A lot of times, in my personal experience, it becomes self-policing.”

Board members who break rules may do so out of a feeling of superiority or it may just be in their nature and they think they can get away with it.

“There is no standard board member rule breaking examples,” Dakoff says. “It could be enforcement of a particular rule against all unit owners that a board member does not comply with himself or herself, or it could be one of ‘scope’ such as a board member gets more lenient treatment for a violation compared to other unit owners.”

An example of this would be unit owners are put into collections for non-payment of assessments after 60 days, but board members seem to routinely get 90 days before legal intervention is initiated.

Hartwell says that one thing that gets board members in trouble is when there appears to be a different enforcement of the rules, going hard after some over violations but letting others, like board members or their friends, slide. In his years in the business, he’s seen everything from embezzlement to parking issues to giving special treatment to their pets.

Although not a rule specifically, another way board members abuse their power is by using association staff members as their own private staff, making them do things that they are not required to do.

“That arises often and the staff wants to please their bosses so they don’t say no,” Hartwell ways. “If that were to happen from any other unit owner, it would become potentially a problem.”

A lot of lawsuits that pop up are because boards just dismiss things they don’t want to deal with. Still, legal action costs money, and most times unit owners will not want to go through the expense.

According to Dakoff, the most significant legal ramification for a board member that breaches his or her fiduciary duty is the possibility of personal liability for such breaches.

“This means while the association’s D&O insurance or bylaws indemnification provision covers damages for decisions made in the ordinary course of board member participation, a finding of breach of fiduciary duty could mean no reimbursement for legal fees or damages,” he says. “That’s when things can get complicated.”

Without question, unit owners expect board members to lead by example and comply with the same rules and regulations all unit owners abide by. To do otherwise breeds distrust in the board and lowers morale of a community.

“When a resident suspects a board member of doing something wrong, the board has an obligation to investigate any complaint and if they decide it’s warranted, they will conduct a rules violation hearing,” Hartwell says. “If the board is going to impose a fine or any other remedy, courts want to see there was due process.”

Sometimes a board president can have a close relationship with the property manager and things can get buried and Hartwell has seen plenty of situations where board presidents get away with things.

“If you send a written complaint to the property manager and it seems that no action was taken, it should send a red flag that they aren’t operating the same way as they would for unit owners,” he says. “You will know whether or not boards are acting evenly if it doesn’t show up in the board minutes. If the unit owner feels like they are not getting anywhere, they should contact the board directly or consult with a lawyer.”

Another thing they can do is attend board meetings to follow the issues, speak up at owners’ forums at a board meeting or write the board and management raising issues of concern.

“The greatest resource is professional management, which will guide all the parties towards harmonious communal living,” Dakoff says. “The next resource is for an association to retain an attorney to discuss issues and seek legal guidance on the appropriate manner in which to govern.”

Then, of course, the easiest course of action against a board member breaking rules is to simply campaign against them in the next election and make sure they don’t get their position back.

One of the best ways to make sure everyone—board members included—is on the same page is to have a good set of rules with all procedures in place.

“A complete set of documents with procedures for suspected rules violations is important,” Lozell says. “If you have a complaint, here’s how you do it. Some boards are great and some don’t care. I have buildings famous for ignoring the rules but the more that unit owners pay attention and speak up, the better chance for equality for all.”