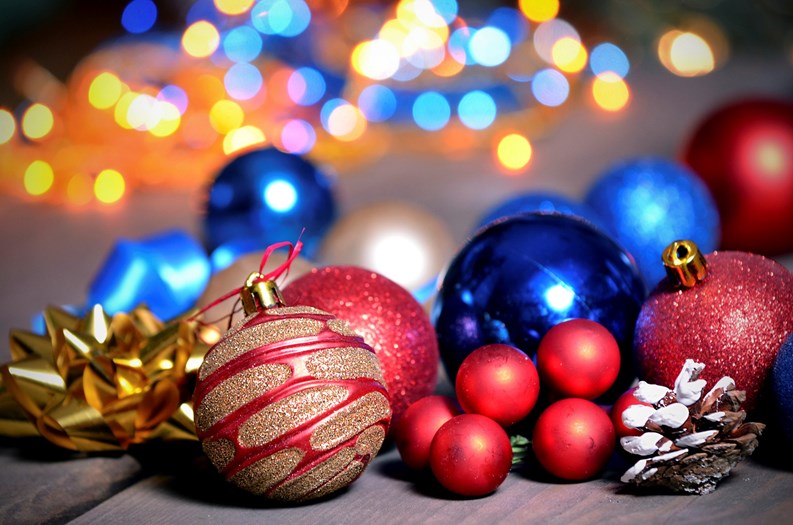 Since before recorded history, people have celebrated events, often decorating homes and public spaces to mark this or that special day or event. We still love to adorn our doors, windows, and other areas with festive décor at different times of year, but in a modern, densely-populated setting like a co-op, condo or HOA, the diversity of faiths, ethnic backgrounds and traditions can make knowing what to display and how to display it more complicated than just hanging a wreath on the door or placing some poinsettias in the lobby.

Whether your community is a high-rise tower in the heart of a major city, or a sprawling suburban development, it’s important for boards to approach holiday decorating like they approach any other element of governance; with fairness, consistency, and community well-being firmly in mind.

There are many arguments for and against allowing holiday decorations; the former including the cohesive and morale-boosting effect of decorating as a community activity, and the latter including the notion that blinking lights can be a nuisance, that haphazard or ostentatious decorations negatively impact the overall ‘curb appeal’ of the community, and that what’s decorative to some may be offensive to others. It’s the job of a community’s board of directors to balance these concerns and decide upon a neighborly approach to holiday decorating.

Many buildings and associations have no formal policy governing holiday décor. Others have rules strictly forbidding the display of any holiday-related items outside of individual units, says Josh Koppel, president of HSC Management Corp., based in Yonkers, New York.

“In their bylaws, they say you’re not allowed decorate the common areas—and that includes on the outside of apartment doors,” Koppel says, noting that some make exceptions. “I have buildings that do decorate in the lobby for Hanukkah, Christmas and Kwanzaa.”

But just because many buildings don’t have such a policy doesn’t mean they can’t draft one, or that there aren’t some generally accepted etiquette points for holiday decorating in multifamily buildings.

“Most of the communities we work with do not have such a policy. If an association is doing religious-themed decorations, someone in the community might not be happy with it,” says Steve Weil, Ph.D, EA, LCAM, president of Royale Management Services in Fort Lauderdale, Florida. “Our position has been to have a volunteer committee handle the decorations, including funding.”

The reason for having a committee solicit funds directly from residents is simply that it allows those who would prefer not to contribute to holiday displays to opt out. Using common funds for holiday decorating—particularly if religious themes are involved—could backfire, if a resident or group of residents objects to their money being spent on something they themselves don’t believe or approve of.

The issue of holiday displays is actually twofold. The co-op or condo building’s decorating of common areas is one topic, while residents’ private displays are another, says Ira Matetsky, a real estate attorney and partner in the New York City law firm of Ganfer & Shore, LLP.

“In the more commercial apartment buildings, it’s not that common for the board to regulate when or where you can hang a string of lights, or a wreath,” says Matetsky. “In general, common sense is used… In 28 years of practice, I have never seen a threat of a lawsuit over holiday decorations on someone’s door,” Matetsky says..”

Board-instituted decorating rules can include details down to the colors of mini-lights that are permitted and the specific days or weeks when they are permitted to be displayed. Such a policy could regulate whether or not decorations are allowed on apartment doors, or in shared hallways. Exterior decorations on balconies and fire escapes can also be regulated—and sometimes is, by the same authority as in any other common area. That said, these rules and guidelines are very subjective; a giant inflatable Santa put up on a balcony might warrant a shrug from one board-management team, while another board or manager might view St. Nick as tacky, or even hazardous. Aesthetics are debatable, of course—but a fire hazard is definitely not.

Generally speaking, a decoration that might even partly block a fire escape is prohibited by both municipal building code and individual building bylaws, says Weil. “You’ve got to avoid creating fire hazards,” he says. “You’ve got to be mindful that the big Christmas Welcome mat which is two inches thick could be a tripping hazard.”

Religious decorations placed on the exterior of an apartment door are a somewhat different matter from lobbies, hallways, or common rooms. Could a resident be penalized for having a Christian cross on her doorway or some other religious display that is not specifically tied to a holiday? Possibly, but not likely. It depends—some symbols are OK in the eyes of the law, but not all.

For example, a mezuzah is a small scroll-like container holding a rolled up parchment on which scriptural passages are written. Some Jewish households affix mezuzahs to their front door frames as a sign of faith. While technically a decoration, mezuzahs aren’t associated with a specific holiday, and are placed on the door more or less permanently, for as long as the observant homeowner or family resides within. Even if a building or HOA has strict rules forbidding any displays or decorations, mezuzahs are protected by constitutional law regarding freedoms of religion and expression.

“There have been cases where people objected to mezuzahs,” Matetsky says, referencing a case years ago in Illinois in which a resident objected to another resident’s mezuzah. “A mezuzah is something without which an orthodox Jew could not live in a home.”

While something like a mezuzah might be exempt from even the strictest no-decorations policy, other expressions—even adorning a private balcony with a string of Christmas or Hanukkah lights—is usually subject to the board’s approval.“Even if you have exclusive use of a terrace, what you put on the terrace is controlled by the board,” Koppel says. “For many buildings, ‘no decorations’ is one of the stipulations of using a terrace.”

Avoiding battles over decorations while still respecting residents’ freedom of expression begins with being mindful of the diverse traditions and beliefs of one’s neighbors. If decorations are allowed in the lobby during the holidays, most legal and management pros recommend either something festive but neutral—such as nonreligious, winter-themed decorations like snowflakes, plain white twinkle lights, and ribbon—or something that incorporates elements from all the different traditions and faiths present in the community.

“Keep it simple. Try to keep everyone in mind—the melting pot of people in your building,” says Koppel. “Everybody’s got to be thought of.” This is another good reason to appoint or cultivate a decorating committee made up of residents who can make it a priority to get input and feedback from neighbors about what they’d like to do to express holiday spirit in the building.

Of course, no matter what lengths a board or committee goes to in order to make sure everyone in a building community is respected and represented (or not) when it comes to seasonal décor, there are those who will make an issue out of it. “I don’t need to give people reasons to sue my community,” Weil says. “If we put a decorated Christmas tree in the lobby, that really could become an issue. The question is how much exposure [to complaints or lawsuits] do we want to create?”

How a community strikes the balance between allowing people to celebrate the holidays and maintaining the building or association’s appearance is as particular to a building as its architectural style. A main concern when considering such things is the feel of the community—every place has its own mood and aesthetic, and people move into one or another building partly because of those factors. That atmosphere must be respected, and if decorations compete with it, they should be rethought.

Also make sure your decorations adhere to rules regarding egress from the building, visibility, and fire codes. In short, “Ensure that your rules are in line with local and federal guidelines,” says Brent Straitiff, CMCA, AMS, owner and co-founder of TriView Property Management in Chicago.

According to Straitiff and other pros, some good rules of thumb for buildings or communities that want to decorate for different holidays include:

Create diverse decorating committees that represent the religions and traditions of all residents, and encourage residents to volunteer on them. Have the committee members solicit voluntary donations from any neighbors interested in helping make things festive.

When decorating common areas, go with more neutral themes. Tone it down, rather than up. For example, hanging some evergreen garland and twinkle lights might be OK with everyone, while a life-sized crèche could be contentious.

Take a culturally-inclusive approach when considering decorations. Decorating for Diwali, for example, or serving Iftar in the common room during Ramadan, while foreign to some can be a great way to include everyone in holiday events while also fostering community.

Not all holidays are religious—decorating with small flags for patriotic holidays like July 4th or Veterans’ Day is an opportunity for building communities to observe secular holidays as well as religious ones.

If you have decorations in common areas, make sure they’re in pristine condition—tastefully arranged, in good repair, and free of dust and smudges. One manager relates the case of one New York City residential building where a menorah displayed in the lobby was broken, annoying residents on the day before Hanukkah. It so peeved some in the building that they angrily complained to management. To settle the matter, the property manager took the working menorah from his company’s office and replaced the broken menorah in the building lobby with the one taken from his office. Problem solved.

Creating policies that recognize residents’ human need to celebrate holidays is a good thing. Just like single-family home dwellers, apartment owners want to feel comfortable where they live, and such policies can enhance a building’s morale and sense of community involvement. But always, the best approach in such matters is to do no harm. That means respecting both free expression and the rules and regulations of the community itself. Whether or not they codify it into their governing documents or just distribute an informal tip-sheet to residents, the board must formulate a lawful decorations policy that addresses safety concerns and respects everyone in the community.

With the right blend of in ways that are festive, aesthetically pleasing, and culturally sensitive, the holidays—whichever ones they are—can stay festive.

Jonathan Barnes is a freelance writer and frequent contributor to The Chicagoland Cooperator.