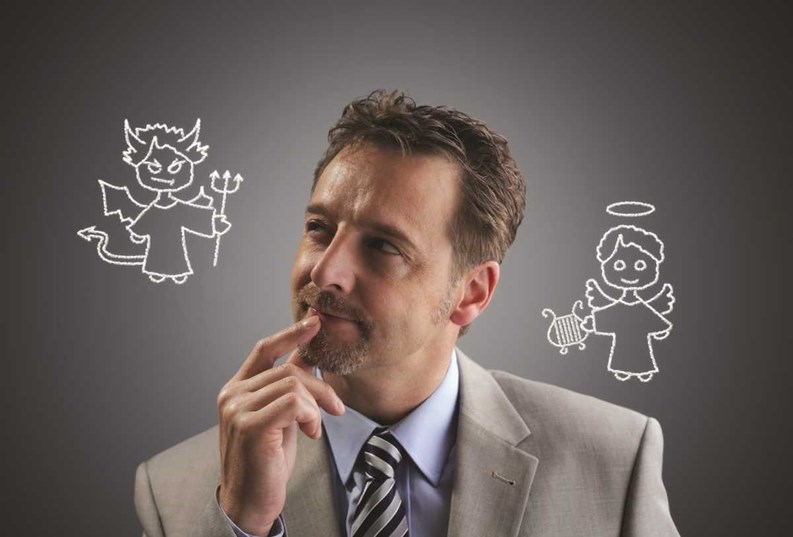 The best association boards in the Windy City—those that accomplish the business of their communities effectively—often seem to have members with similar habits. By the same token, poor boards frequently make similar mistakes. But even good boards can improve, and bad ones can turn around. Brushing up on board do’s and don'ts can help make your board a dream team.

Billy Rudolph, the director of corporate communications for Associa, a property-management firm with offices across the country including in Chicago, Schaumburg and Plainfield, declares, “Whether you live in a small, close-knit association, a luxury gated community, a high-rise condo or a lakefront co-op, your HOA board will need to stick to some fundamental principles in order to be successful.”

1. DO communicate. “Communication with homeowners is vital to running an effective association,” says Rudolph. And don't forget that communication is a two-way street—listening to what residents want and letting them know what's going on are equally important. Rudolph has noticed that a majority of complaints from homeowners against their boards stem from the homeowner not knowing about a policy, procedure, due date, regulation or some other bit of information that could have been communicated to them in a number of ways. Hold annual (or more frequent) shareholder meetings without fail. Send updates on repairs, replacements and other maintenance items. Consider having an electronic bulletin board or newsletter to minimize conflict and help the shareholders feel that they’re more informed about what goes on in their community.

Every director must also communicate effectively with the association manager and with other members of the board. Jory J. Carrick, president of Williamson Management in Bensenville says, “Boards that are able to debate in a healthy manner without getting personal, and that understand it’s okay to have differences as long as those differences are expressed without malcontent seem to operate most effectively.” Furthermore, he says, “board members who are unprofessional, condescending or belligerent can create havoc in a community.”

2. DO participate. Being a board member means much more than just snoozing through meetings and rubber-stamping documents. A fully participating member has to have some understanding of everything that is presented in meetings, which may include national and municipal laws affecting associations, the community deed and bylaws, insurance claims, hiring and handling staff, maintenance, project management and financial planning. Board members need to do their homework and come to meetings prepared to discuss these matters and vote on them intelligently.

“Many board members have no experience with making democratic decisions, let alone running a corporation,” says Keith J. Hales, president of Hales Property Management in Chicago. “Education and developing a good relationship with their property manager is key. As property managers,” he says, “we strive to assist board members with education and often guide new members to educational services.”

Carrick notes, “There are so many new pressures on board members these days that it’s a very difficult job.” He outlines his best counsel: “I think board members just need to better understand their role, educate themselves on the position they are taking, understand the challenges facing all associations, be proactive and forward thinking, be diplomatic in explaining the challenges of the association and plan how to address the deficiencies, work with the property manager and all professionals towards a common goal while having realistic expectations, and simply show some resolve and calm when handling the business of the association.” That's a tall order, one that requires commitment to meaningful participation.

3. DO enforce rules. Federal, state and local laws and regulations as well as association rules and bylaws were put in place to make community living safe, fair, orderly and pleasant. Every owner in an association should abide by them, and when someone fails to follow the rules, the board must correct the offender. When someone is putting trash in the wrong place or using a hallway to store a bicycle, a written reminder may be sufficient. Larger issues might necessitate an attorney. “This can get complicated, especially for large associations when it comes to legal matters, liens, foreclosures and such,” Rudolph says. The board members needn't be lawyers, but they must see to enforcing rules and laws, and must do so evenhandedly. No playing favorites.

4. DO organize. Nothing will have a bigger impact on the effectiveness of meetings than organization. Before each meeting, solicit topics to be covered and distribute a thorough agenda listing everything that will be discussed—perhaps allowing a few minutes at the end for small matters that might have come up after the docket was finalized. Sticking with the agenda is crucial. Rudolph says that board members and residents often have personal agendas, making it difficult to remain on topic and causing meetings to run for hours upon hours. If there’s an official agenda and a time limit for other business, then it becomes easier to run the meetings efficiently. Also, record all meeting decisions, made or deferred, and distribute minutes so everyone is on the same page and has a record of what's been considered when.

Set up paper and email file systems. The time that organization takes will be repaid many-fold by avoiding lengthy searches for information or, worse, arguments as to what happened. When a large project is in the offing, a member might volunteer, or be named, as a point person. That director would then be called upon to report at each subsequent meeting until the project is completed. This is especially relevant for small buildings with no manager. Essentially, think of how you accomplish tasks at work, and handle the association's affairs in the same professional way.

5. DO understand association finances. One of the most important responsibilities of a board is being a good steward of the community's money. Just as board members don't have to be lawyers, not every board member is or should be an accountant. However, everyone can ask questions and learn to follow a financial report and understand what the experts are saying.

As Hales reminds us, when considering fiscal issues, as in all matters, it's important for board members to be aware that it “is their fiduciary duty to act in the association's best interest.” He explains, “We find that board members who have their own personal agenda generally don’t mesh well with getting things done. For instance, when a board member is looking to sell their place, they will usually downplay any deferred maintenance items in an attempt to avoid alerting future buyers of a special assessment or upcoming association expense.”

The board, often with the help of an association manager and an accountant, must establish a realistic budget that includes mandatory reserve funds. “I’ve heard of stories of boards falling apart because they didn’t prepare for unexpected costs,” Rudolph says. If the budget is exorbitant or if reserve funds are not in place, the association's finances will be one major incident away from collapse.

So don't plan on spending too much, but don't allocate too little either. Carrick says, “Some boards are under quite a bit of pressure these days to cut costs. What I see as one of the most common mistakes is a lack of understanding as to what it costs to run a business and the pressure they put on existing contractors and incoming contractors to cut costs—at all costs.”

1. DON'T be exclusive. A strong board is often a diverse one. Men and women, retired owners and younger professionals with kids or without, people with varying experience and backgrounds – each group or individual adds to the knowledge base of a board. Ideally an association board, like any governing body, should mirror the community it represents.

Involving association members who aren't on the board in the management of the community is a good idea, too. This can be done by creating ad hoc committees for certain projects. There might be a redecorating committee, for instance, or a holiday-party committee. Ongoing committees, such as one responsible for landscaping, might also be rounded out with non-board members. Rudolph explains that staffing committees with both board and non-board members can contribute to running the association while making unit owners happier.

2. DON'T be a know-it-all.Michael Beirne, author of The Property Management Tool Kit, sees expertise as a double-edged sword. Of course competence in a relevant field comes in handy, but board members who know a particular sphere sometimes insist on applying the knowledge as they always have even though the techniques they use may not be relevant to an association. Beirne says, “People tend to think that because they’re good at something they’ll be good at it here.” He advises, “Apply your personal experience in life very sparingly.”

A comptroller, for example, may insist that the accountant hired by the association is doing everything wrong. “Generally, boards should value the professional help that they hire,” Beirne says. “What happens to a lot of boards is that they don’t listen to the professionals, because they have a personal skin in the game. But the professionals are helping in a neutral way with a clear head, and you should listen to them.” Carrick adds, “Board members who feel superior, above the law, controlling, closed to open debate and fresh ideas and simply don’t work well with others can be a cancer in the community.”

Rudolph asserts that remembering a few key concepts will keep a board strong and lead to overall success. He says, “The majority of boards that fail, lack at least one—and usually a combination—of these strengths: communication, participation, enforcement of policies, organization or management of funds. These essential factors are the backbone to establishing and maintaining an effective board.”

Danielle Braff is a freelance writer and a frequent contributor to The Chicagoland Cooperator. Staff writer Judy Hill contributed to this article.