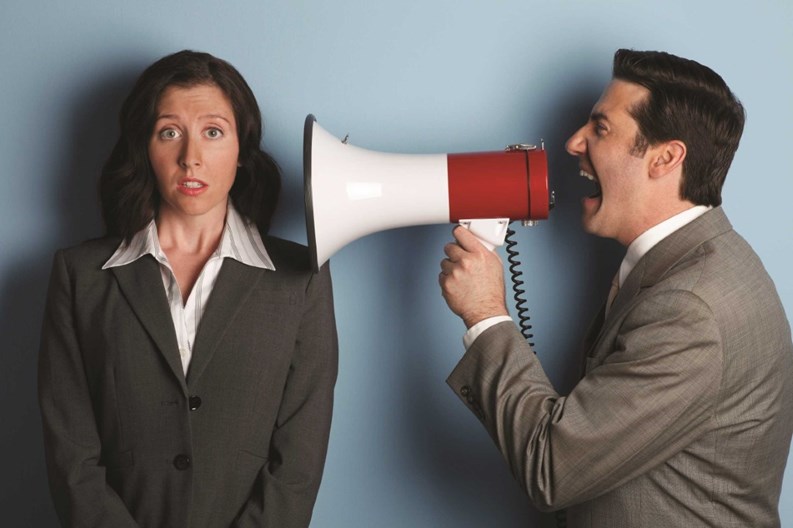 It's a truism that's been phrased many ways by many wise people: “A lack of transparency results in distrust and a deep sense of insecurity.” That's the case in any number of situations, but it's especially applicable to the administration of a condo, HOA or co-op community.

Lack of clear, forthright communication between boards, managers and unit owners is one of the top perennial complaints association members have about living in their communities, whether they're small, self-managed buildings or sprawling suburban developments. As far as residents are concerned. being transparent means having a board that’s open and honest, not secretive.

While some states (like New York, for example) don’t have any specific requirements for residential associations to be transparent with their owners regarding the community’s operations, Illinois state law does. Recently, a new court ruling, Palm v. 2800 Lake Shore Drive Condominium, shed new light on the Illinois Condominium Property Act (ICPA) in regard to the responsibilities of the board. James R. Stevens, an attorney and senior counsel at the law firm of Tressler LLP in Chicago, says the new interpretation doesn't change anything fundamentally, but there are some important clarifications.

“It still hammers home the key principles, which are, you operate with the general protection of a business judgment rule, that you should rely on qualified sources for information in order to make decisions as a board. Such as, if you have a plumbing question, obtain the advice of a plumber, for example. That meetings are open unless they are subject to the narrow three exceptions; being termination or hiring of an employee, dealing with pending legal concerns, and also unit-owner violations and collections,” he says.

Open meetings and are common practice for many associations, but that was one of the major issues with Palm v. Lake Shore Drive. “Instead of conducting and discussing all of its business at meetings open to unit owners, the board was instead discussing and conducting a lot of business behind closed doors if you will. And to a certain extent the board president was making decisions without even involving other members of the board of directors,” says attorney David Hartwell, founding partner of the community association law firm of Penland & Hartwell LLC in Chicago.

Transparency is simply in the interest of the board to lead effectively. It tends to eliminate suspicion and fear from unit owners. That said, certain things should not get disclosed until it’s the appropriate time.

For example, if the board is thinking of redoing the lobby in a 250-unit building, it’s up to the board to make the decision first and then invite input from unit owners. If such a process was open to all unit owners from the start, many of the basic choices to move forward would never get made. “Therefore, when information comes in a different format or doesn't require some sort of instantaneous response, oftentimes, unit owners disregard it. And if they actually just sat and diligently read their meeting minutes or alternatively took the time to show up to an open meeting, they probably would have a lot greater understanding of what the board is doing. How the board does their business. But you have some boards that have been entrenched for long periods of time. You have a long-standing president, or just the board members haven't changed much, and there gets to be a feeling that these guys are just running the show without being mindful of anybody else,” says Hartwell.

In the absence of transparency, mistrust tends to flourish, experts say. “Sometimes board members become confused. Maybe they missed one quarterly meeting’s minutes, or they didn't hear the first five minutes of the session. The more that you have documented, and the better kept your records are, the easier it is to help to diffuse some of that confusion before it becomes into a problem where an owner says, ‘Gosh, I don't know what's going on. I feel cheated. I'm going to find a lawyer and see what I need to do to protect myself’,” says Stevens.

Many board, members do not wish to share information because they are concerned that they’ll be sued. Lisa Caltabiano, the president of Efficient Management, a New York-based management company, concurs that many board members and managers fear causing a panic, and therefore prefer to say too little. “They don’t realize that appropriate communication can often allay fears,” she explains. “On the other side, owners who are over-involved in the day-to-day operations and question everything cause delays and create unnecessary work for managers. Property managers are licensed professionals and have much more experience than a typical owner. A board is voted in by the majority, and that board should be trusted to act in the best interest of the owners.”

Unfortunately, boards tend to find themselves between a rock and a hard place when it comes to communication with unit owners. At the end of the day, board members are volunteers, and they want to be able to conduct the association's business efficiently, so they can get back to their own lives. Board members are leaders and decision-makers after all, and direct democracy is nothing if not messy and drawn out. And how many people does it take to choose a landscaping company anyway? “A lot of the time, boards find unit-owner inquiries to be more of a waste of time or hindrance than to really raise a material issue. There are some people that just like to whine and complain, and they need to sort of figure out how to separate that versus what is the legitimate inquiry by a unit owner,” says Hartwell.

Boards that take state law and transparency seriously go beyond what's called for because it creates good relations and harmony in the community. But, on the flip side of things, discretion can be just as important. If board members are discussing as a board an issue that is of interest to a particular unit owner, you can’t have a lot of transparency because of confidentiality. Also, if a board is negotiating contracts, they have to have some confidentiality so they don't compromise the negotiation process.

In the past, Illinois law did not necessarily stipulate one way or another in regard to committee meetings or executive sessions. Now, thanks to the Palm decision, it's clearer than ever. “The executive session, now, is something that must be completely on the record,” says Stevens. “Board members, if there is a quorum of them present, it must be an open meeting. So, unfortunately, the days of three board members, if that's a quorum, chit-chatting about something to do with the association in an elevator as they go from place to place, probably is no more. And the safest bet is to do absolutely nothing outside of an open meeting, unless it relates to the three closed meeting items of—pending anticipative legal claims or litigation, collections and violations from the hiring or firing of employees,” he says.

Not only is board membership a thankless job in many ways, it can be all too easy to fall on the wrong side of popular opinion within the association. “When somebody throws out something negative in the grapevine, that often gets a lot more attention to something positive,” says Hartwell. “If I were to say, 'Jen is doing a great job as a board member,' nobody really cares about that comment. But if I start whispering around that I think Jen and her fellow board members are up to no good, they're spending our money for their own purposes and they're reporting their own agenda without considering the unit owners, well, that stuff just resonates throughout an association. And once you sort of get that blood in the water, it’s very difficult to clean it back up again.”

Another possible change that comes out of the Palm decision is how boards utilize property managers and hand out daily tasks. “It has become all too common, I think, for everyone to enjoy what has been the prevailing practice in Illinois for quite a while, which is a property manager usually takes care of a lot of the day-to-day concerns; and the board, basically, acts with an executive capacity. And a possible interpretation, though it's up for debate, of the Palm case is that, that delineation and the actions then taken by the manager need to be very clearly in the record,” says Stevens. So, if boards are handing over a lot of tasks to property managers, accountants and others, that should be properly kept track of and written on record as well, he says.

A good board always looks for ways to improve communication with its residents. Various technological tools are available now to keep in contact with residents. These include a sophisticated interactive management website and communication software systems such as BuildingLink or MyBuilding.com, which allow for email blasts and telephone blasts, as well as posting announcements that appear on all email devices. The old saying goes, communication works for those who work at it. Successful boards must make sure they work at it and keep their residents informed.

Lisa Iannucci is a freelance writer and a frequent contributor to The Chicagoland Cooperator. Editorial Assistant Tom Lisi contributed to this article.