Do not show again [X]
By Mike Odenthal   2022 Spring Management 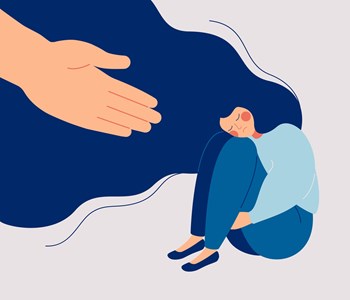 Running a community association requires boards and managers to work with people from all walks of life, including those who have unique experiences, wants, needs, and challenges. That requirement also includes residents living with behavioral or mental health issues—and thanks to the pandemic and all the chaos and upheaval that came with it, more people than ever fit that description. In some cases, a resident may be quite open with neighbors and others about a diagnosis in effort to create awareness within their community and defuse confusion or concern, should they experience symptoms. But in other instances, behavioral or mental health challenges can be undiagnosed or undisclosed, in which case the board or management may be perplexed as to how to deal with an individual whose behavior is unpredictable, erratic or disruptive.

Regardless of the specific scenario, all residents deserve to be treated with dignity and respect—and that mandate starts with boards and management. When behavioral or mental health factors are objectively in play, an association may find itself liable for damages should they fail to treat a resident with the appropriate care. CooperatorNews spoke with several management professionals and attorneys across the country to get some insight into how community administrators can appropriately address and support residents living with behavioral or mental health issues.

“The local health departments have many resources to help people with these types of challenges, but getting some people to request that help can be the most difficult step, despite being the first. Mandating that help often requires there to be a significant problem, but when you do have one, then the municipality will step in. Most smaller issues often come down to proving a nuisance, which usually requires an abundance of complaints and reports from multiple owners, as well as a good attorney.

“The fear of intrusion into a resident’s personal life is a common one in condos and similar communities. We have had to rely on local authorities to help ensure that the association can maintain the common elements, but scheduling and communication can go a long way toward minimizing stress for most people. Regardless, when helping residents with special needs, the prescription is patience – and it should be taken regularly.”

“I’ve seen managing agents fail to understand that they’re acting at a board’s direction. When a managing agent acts beyond the scope of what the board tells them to do, it can immediately create a problem for that managing agent. So in dealing with a difficult resident, where you don’t know what type of reaction they’ll have or how they’ll respond to a request, I’d suggest that the manager always get clear instructions from a board, and always have a witness with them whenever they go out to visit such a resident. And I would make sure that the insurance for both board and manager is up to date and covers this type of situation.

“If there’s a legitimate mental health problem or disability, there may be an Americans With Disabilities [Act] (ADA) issue. And you don’t necessarily need a formal diagnosis for that, by the way. You can have a doctor’s note [verifying the disability], but sometimes there’s a grey area where someone may have a disability and be claiming an accommodation—and at least initially, a board or manager [should] be guarded and take that claim seriously. Emotional support animals is always a prudent example. We had a resident who owned two pets, and we asked them why they needed the second one, they said that the first emotional support animal itself needed an emotional support animal. You don’t get to have two!

“There are various government agencies that might be of assistance, and you do have the option to call those in. But the problem there is that they’re often reluctant to get involved, and the person in question has to want them to come in. It has to be a voluntary thing, unless there’s something quite terrible going on.

“And if there are clear rule violations, you might want to turn that over to the boards’ attorney to start taking action. In an extreme situation with a truly ill person, you can file for an Article 81 guardianship, which means that you pursue a court-appointed guardian to take over that person’s affairs. That’s a much more involved, time-consuming, public procedure, and the person might resist. But if you are successful in having a guardian appointed, then the board or manager only has to deal with the guardian from then on, rather than the individual.”

Jeanne Eberhardt, a property manager at Casagmo in Ridgefield, Connecticut

“Having been the on-site employee property manager of 307 units for the last 11 years, I have had to deal with residents and owners with mental health and cognitive issues. Fortunately, being on site, I am essentially the face of Casagmo, along with an awesome staff of one other office administrator and two maintenance persons. But it all helps when dealing with residents.

“We had someone who was once very reclusive, handing in their common charges to the office with barely a word. Then suddenly, about three years ago, they woke up a completely different person. Elderly and with a lot of energy, they were somewhat disheveled, but extremely articulate, and this person is now known not only in our community but throughout the town by first name only, like a rock star. It’s been common knowledge that this person deals with mental health issues, and they had the memory of an elephant, so it was easy to notice—and somewhat frustrating—when they started exhibiting short-term memory loss and were violating every rule in the book.

“Eventually, hoarding became an issue. Not vermin or filth, but definitely stuff – all of it important to the resident—that was stacked high in their unit. Clearly the association had an issue, but no one on hand was a healthcare professional, so it fell to us to get in touch with local professionals, like the fire marshal and the head of social services. It was slow at first. But as our rock star also happened to be a heavy smoker, they eventually went to sleep with a cigarette in hand. They never heard the smoke alarm – but fortunately, a neighbor did! There’s nothing like a fire to get the town’s attention—so now they’re helping our resident resolve their issues. With our help, both resident and community are in a better place.”

“You have to approach residents with behavioral health issues in a sensitive manner. Walk gingerly and carefully. People have privacy rights, and you don’t want to libel or slander them; you also don’t want to exacerbate a problem.

“We’ve had situations where some people just act kooky, and other scenarios where residents are truly in need of an intervention. If it’s a really serious matter, then you can call the local police of course.

“In New Jersey, we’ll often have situations with elderly folks who are living alone, who are potentially being neglected or cannot take care of themselves, or who may have a behavioral health issue on top of a medical issue. Every county in the state has something called adult protective services, or APS. We’ll call their office in these situations to see if they can look into things. And certainly, if there are other family members available locally, we’ll reach out to them to intervene and indicate that there’s an issue.

“In New Jersey there is also mandatory alternative dispute resolution (ADR), so we might use that process to sit down with the resident, approaching them in a kind and relaxed manner, and engage in a dialogue, assuming that they are both cognizant and cogent enough for that process to have merit.

“The worst thing that people can do is to be confrontational with those who have sensitive behavioral issues. There are people who absolutely need to be attended to, medicated, or even institutionalized. The test in New Jersey is, ‘Are they a danger to themselves, others, or to the property?’ And at that point it becomes a police matter.

“We had an elderly woman in a co-op who was living alone; her kids had abandoned her. She had a continence problem, and when you got off the elevator [on her floor] in the co-op building, you could smell the urine. Eventually she was noncompliant in so many areas that we had to file legal action to evict her from the co-op. But it actually worked out, because she called legal services, and legal services called APS, and finally some out-of-state family members got involved and placed her in assisted living near a relative – which should have happened long before. I obviously felt bad about dragging a 75-year-old to court, but it actually was in the best interests of everyone involved. We had a kind, sensitive judge, good legal professionals, and we did what her family should have done for her long ago.

“But every case is different in my experience and, if management can’t solve something, get on the phone with a lawyer, because we have the resources and deal with this quite frequently.”

Mike Odenthal is a periodic contributor to CooperatorNews.