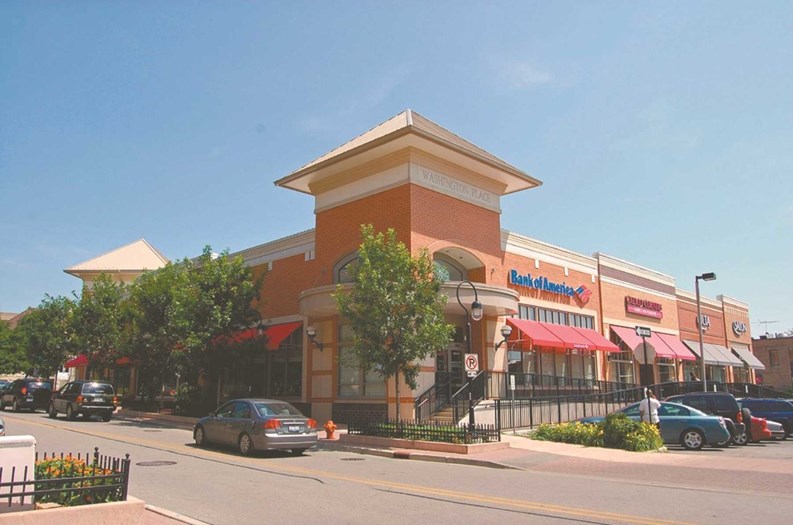 Coming in second is often derided as being, well, second-best, but when your  town is voted the No. 2 best place to live in the entire nation by Money  magazine—as Naperville was in 2006—second place is something to be extremely proud of. Indeed, the city has made  the publication's Top Five list three times in the last five years.

Naperville straddles the line between DuPage and Will counties. As of the 2010  census, the city was home to some 141,853 residents, roughly 100,000 of whom  reside on the DuPage County side, with the remaining 45,000 in Will County. It  is the fifth largest city in Illinois behind Chicago, Aurora, Rockford, and  Joliet.

From its roots as a small farming town, Naperville has made and remade itself  into the affluent city it is today, splitting the difference between urban and  suburban enclave.

In July of 1831, after a voyage across three of the Great Lakes, the schooner  Telegraph landed on the west bank of the DuPage River near the hardscrabble  settlement that would one day be called Chicago. On board were Joseph Naper,  his wife, his mother, his brother and sister, and both their spouses, along  with a handful of other settlers.

The Telegraph's crew and passengers came to found Naper's Settlement, and by the  following year, over 100 other settlers had joined them. By 1834, the  Settlement was a stage-coach stop on the road from Chicago to Galena. After  DuPage County was split from Cook County in 1839, Naper's Settlement became the  DuPage county seat, a distinction it held until 1868. By 1857, the population  of Naper's Settlement topped 2,000, and was incorporated as the Village of  Naperville.

Naperville remained a predominantly rural community until the late 1960s when  the population rose sharply thanks to the construction of major traffic  arteries serving the area. The construction of the East-West Tollway (now known  as the Ronald Reagan Memorial Tollway) and North-South tollways and  Chicagoland's urban sprawl over the past two decades has nearly quadrupled the  city's size, bringing corporations, jobs, and wealth to the area.

With many distinct neighborhoods and homes ranging from condos to historic  landmarks, Naperville's housing stock is as diverse as the homeowners seeking  to live there. Many neighborhoods also have active homeowner associations which  work together with the Naperville Area Homeowners Confederation.

Downtown Naperville has also become a destination for shoppers. According to the  Downtown Naperville Alliance, "Naperville has grown from a small settlement of  180 residents in 1831 to 142,000 residents in 2009. While this growth is  impressive, what's more impressive is the way Naperville has maintained  superior quality of life and a caring volunteer spirit among its residential  and business communities. Naperville residents are proud of their heritage.  Early business leaders believed in their community and that same spirit is  evident today in Naperville's thriving downtown shops, restaurants and booming  entertainment district with their world-class fine arts center."

The town's history is further enshrined by the Naperville Heritage Society and  the Naperville Park District, which was established in 1969 to preserve some of  the community's oldest buildings. Naperville celebrated the 175th anniversary  of its 1831 founding in 2006 with citywide festivities and comemorative events.

Visitors to Naperville—more than 135,000 of them per year—check out Naper Settlement, a 12-acre outdoor living-history musuem established  in the 1960s that tells the story of how life changed throughout the 19th  century for the people who lived there. Then there's the award-winning  Naperville Riverwalk, often referred to as the "crown jewel" of the city's park  system. The walk was built and dedicated in 1981 during Naperville's  Sesquicentennial (150th) anniversary. According to the Naperville Park  District, "The park includes covered bridges, fountains, lush landscaping and  distinctive shepherd’s crook light poles aptly tie Naperville’s historic past as the oldest settlement in DuPage County to the city’s present." The Riverwalk is active all year round wth arts events,  walk-a-thons, festivals and special events.

Geri Kay on Alteration Issues:
Help! alterations to common areas. Does the board make that decision or does it take a vote by residents. If by residents, where do I find…
Ady on Digging for Gold:
There is a looong horitsy of pranking and wedgies in pre-race festivities between the Harvicks and the man Delana calls Uncle Tony, well, be…
on The Urban Jungle:
As an arborist and landscape contractor I must take issue with the statement that planting larger trees means they will reach full size fas…
Susan on Landscape Committees:
Question: Can a Landscape Committee make decisions concerning planting, drought issues, watering cycles etc. without the approval or to s…
Sweat on Rogers Park in Chicago:
Overall, I think the park looks very nice since it has reopened.I do think, toguhh, that I would like to see more overall green and vegetati…