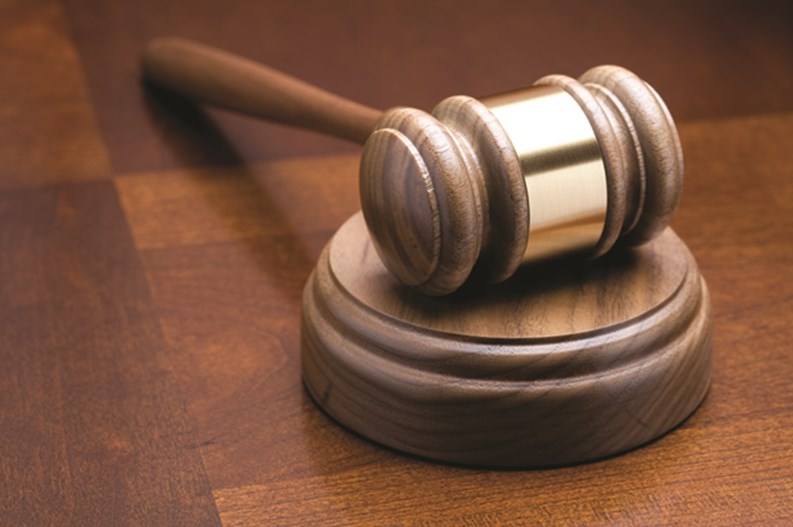 In a community association or HOA meeting, without procedural rules and organization, it’s amazing how quickly a room full of adults can devolve into a room full of toddlers—everyone talking over one another and no one listening, insuring that no actual objectives are achieved. Fortunately, for anyone who has been spared the annoyance and aggravation of meeting turned kindergarten classroom, over a century ago, an engineering officer in the army named Henry Martyn Robert, really embarrassed himself.

One day, Robert was asked if he would preside over a church meeting. Not having any knowledge or experience as to what such a responsibility might entail, he made the decision to give it a try anyway. Things did not go as smoothly as he anticipated. As a result, according to the official website of Robert’s Rules, (www.RobertsRules.org,) Robert vowed to never attend a meeting without any knowledge of parliamentary procedure again, and thus his studies began.

Parliamentary procedure defines how a democratic organization (loosely defined as your condo association’s board of directors)—how its members make decisions, how its leaders run the organization to meet the needs of its members, and the rights of non-members. Parliamentary procedure is vital to the fair operation of governments, corporations, homeowner associations, charities, and other organizations operating on democratic principles.

Due to his military duties, Robert was transferred to various parts of the country, and everywhere he went he found “virtual parliamentary anarchy,” in which members from different parts of the country had differing ideas of correct procedure. Ultimately, the lack of a uniform, parliamentary procedure, lead him to write Robert’s Rules of Order, first published in February 1876. Initially, a 16-page pamphlet, Robert’s Rules of Order, Newly Revised is now in its 11th edition at around 700 pages. Interestingly enough, all editions of the work issued after Robert’s death have been prepared by persons who either knew and worked with the original author or are connected to him in a direct continuity of professional association.

According to Jeanette Williams, education director for the American Institute of Parliamentarians (AIP), the basic rules have only been modified slightly since 1876. The rules have been expanded as the need for more information has arisen, but today, Robert’s Rules is perhaps the most well-known and comprehensive guide to parliamentary procedure.

Before a member in an assembly can make a motion or speak in debate, he or she must obtain the floor; that is, the member must be recognized by the chair as having the exclusive right to speak at that time. Once a member has been given the floor, he or she can make a motion, which introduces a matter for consideration by the group. Generally, a motion is set up with the phrase “I move that,” and then must be seconded by another member, in order to open the motion up for discussion by the group. Following a discussion, any amendments to the motion will be brought up, and amendments must also be seconded and discussed. The amendment will be voted on first, and then the initial motion itself, as possibly amended, will be voted on

According to Alison Wallis, president of the AIP, organizations should only hold one motion at a time. If an amendment to the motion is proposed, the main motion should not be discussed until a decision has been reached on what to do with the amendment. Discussion can resume on the initial motion after the proposed amendment has been decided on.

The general purpose of parliamentary procedure, according to Williams, is to protect the rights of members in an organization: of the majority, of the minority, of individual members, of absentees, and of all of them together. For example, quorum is a rule that requires a certain number of members be present in order to conduct business. Other rules state that you cannot handle certain affairs in a meeting without advanced notice, insuring that group members are informed of important matters that will be at hand, and that the minority is given the opportunity to persuade the majority. Boiled down, the general purpose of parliamentary procedure, according to Wallis, “is to make meetings orderly and fair.” Williams adds, “the benefit is democracy in action and in having decisions made by the majority.”

Those who more direct experience with association boards recommend that the board loosely follow Robert’s Rules. The reason that it is suggested that boards only loosely follow Robert's Rules is to prevent overuse. Many point out that by following the strictest interpretation of the rules could lead to the point of paralysis. In these instances, relying on such a comprehensive and specific set of rules can be more harmful than beneficial. In terms of associations and shareholders meetings, the intricacy of so many rules may not be necessary and could potentially hinder the flow of a meeting.

According to Wallis, “Robert’s Rules has enough flexibility that (boards) should be able to do reasonably, without having to change rules.” This flexibility, when coupled with such a comprehensive set of rules, gives boards the option to custom tailor parliamentary procedure to best suit the needs of their organization. Being so well-known and comprehensive, Robert’s Rules may be the best set for organizations with complicated business, but it may not be the best solution for simpler organizations. Goodman underscores Wallis' point, saying, in terms of annual shareholder or trustee meetings, “it is very difficult to impose a complex set of rules on a group of people that meet once a year.”

As a solution, many with board experience recommend a simplified set of rules, with the goals of keeping meetings as short and efficient as possible. Some use a set of rules that follows Robert’s Rules in general, but adds some of his own modifications. For example, it is recommended that a speaker’s time to one minute, and granting the board the power to cut discussion if it starts to get too repetitive. Furthermore, it is recommended that no one be given the right to speak twice, before everyone has had the opportunity to speak on the subject. In this way, boards are able to provide order, structure, and efficiency to meetings, without getting bogged down in minutiae. This adaptation to the existing rules, demonstrates one way in which experienced board members are able to pick and choose from Robert’s Rules to develop a structure that works best for them, their organizations, and the goals they hope to attain.

The rules that an organization chooses to follow does not need to be bound to the fine print of Robert’s Rules, Newly Revised, although some organizations state in their constitution or bylaws that they will strictly follow the rules of the book. Bylaws are the parliamentary authority of an organization that lay out the form, manner, or procedure for how it is run. With so much information and so many rules in Robert’s Rules, it is common that an organization cannot use them all, but still choose to fall back on the book in scenarios that are not covered by their governing bylaws or special rules of order written into the bylaws.

Although Robert’s Rules recommends that certain provisions be incorporated into an organization’s bylaws, some long time board members disagree. They advocate a looser, less rigid meeting structure, that does not necessarily recommend that Robert’s Rules, or any other set of rules for that matter, be copied into the condominium documents. However, if it is deemed necessary, it is suggested that these rules be incorporated into the more easily amendable rules and regulations of the governing documents, rather than in the bylaws. This way a meeting would not be ground to a standstill by a technicality resulting from rigid rules.”

Ultimately, the purpose of Robert’s Rules is to provide a means of keeping shareholder, board of director, and community association meetings fair and effective. The decision of how meetings will be run is up to the board and the association, and Robert’s Rules is just a vehicle to provide ideas of just how to run a meeting, while emphasizing the importance of parliamentary procedure to keep things fair and above-board. So, if your board has failed to reasonably accomplish the objectives they set out in their condo or HOA meetings, (hopefully, not due to crying, hair pulling, and finger pointing) perhaps it is time that you, like Henry Martyn Robert before you, introduced your fellow members to the benefits and purposes of parliamentary procedure.