Do not show again [X]
By Mike Odenthal   2016 September Maintenance 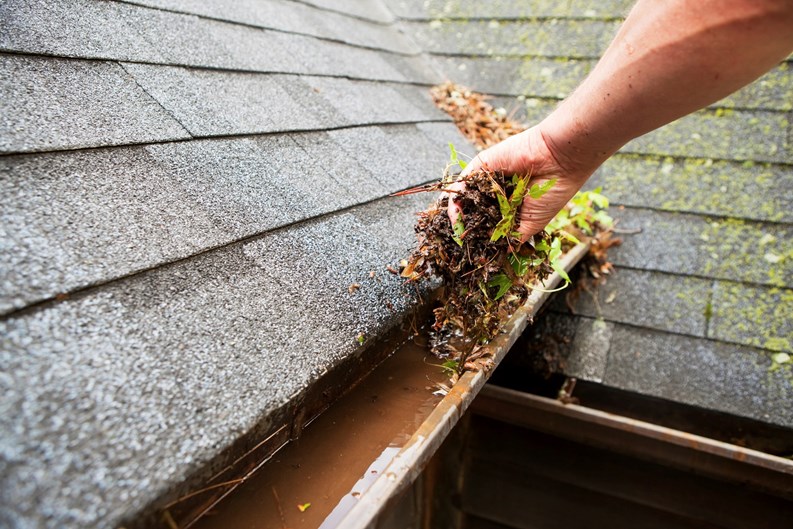 As the summer turns to fall, it can be expected that the falling leaves will die off and herald the arrival of winter. So it’s not surprising that the boards of condominiums, cooperatives and homeowners' associations are always well-prepared when the dreaded season of snow and slush comes around. Or are they?

The sad truth of the matter is that some associations don't get around to making sure that their residential properties can withstand whatever chilly behavior Mother Nature brings until the last minute, and find themselves scrambling to lock down both qualified contractors and necessary materials.

While what exactly needs to be done in order to get your particular association ready for the cold depends on the shape and size of your property, there are some standard operating procedures from which any association can benefit, common problem areas for which they should watch out, and general tricks of the trade that can hasten the arrival of spring without any monumental headaches.

As the board's jurisdiction in a given property constitutes the building facade and common areas, its main priority when preparing for the winter should be to ensure that there's no water penetration therein. In a nutshell, a board should be focused on keeping the outside just that, thus retaining some semblance of warmth for its denizens.

“The first box a board should check is to resolve any water infiltration issues that are occurring or have occurred,” says Thomas F. Zordan, AIA, ALA, a licensed architect and founder of Architectural Consulting Group, Ltd. in Barrington, Illinois. “I'd recommend having a roof consultant or roof contractor perform a maintenance inspection of the roof during the fall to make sure that it's holding up, and to seal any cracks and attack any pertinent issues before they can become problematic.”

Part of minimizing roof leaks is to take certain precautions during its design and installation. “A fair amount of ice shield and water shield gets placed on low-slope roofs, and that can be difficult to do down the line in a preventative or maintenance-type way; it's more of a design and engineering aspect that should be considered during initial construction or re-roofing,” says Marc A. Maxwell, AIA, an urban planner, architect and founder of Maxwell Architects in Somerville, Massachusetts. “One thing that an association can and should see to on its own is to clean and inspect all gutters and down-spouts, and be sure that they're starting the season with those as pristine as possible. Snow and ice comes directly after the leaves, such that, by not cleaning the gutters and down-spouts annually, that ice will melt and cause ice-damming and the infiltration that comes from it.”

(In case you're unclear as to what an ice dam is, dear reader, the University of Minnesota housing technology website defines it as “a ridge of ice that forms at the edge of a roof and prevents melting snow [water] from draining off the roof,” whereby the water supported by same can leak into a home and “cause damage to walls ceilings, insulation and other areas.”)

“There shouldn't be any loose shingles, nor should there be loose gutter components that could cause a problem in inclement weather,” adds Russ Fernandes, senior vice president and principal with Becht Engineering, which has offices in New Jersey, New York, Boston and Chicago, among other prominent locations. “As the cold weather starts to approach, any exterior water faucets should be shut off and drained. If the property has a pool, the association will want to have a specialized pool contractor come in and do whatever needs be done to winterize it. And, should the property have a pool bathhouse that must be drained as well.”

Additionally, anyone leaving for warmer pastures until spring should be advised not to lower their thermostats passed 60 degrees, Fernandes warns. “This depends on the owner's past experience, but occasionally you'll have people wanting to save money and turn the heat completely off, which can lead to pipe freezing. Many associations now specify in their documents that heat be maintained for this precise purpose.”

An attic, where there should be one, is a particularly important point of inspection, notes Maxwell. “It's always good to ensure that the insulation is intact, and that any small air penetration that may exist in that space is sealed, along with incidental holes in water piping. A lot of times we see that an electrician or carpenter went to install something like a security light, and they just drilled a hole directly through the sheeting, creating a place where, on a windy day, you could have sub-zero air blowing over a water pipe. We see a fair amount of leaks and freeze-ups in both sprinkler piping and domestic water piping that's run in the attics.”

“Also, I recently inspected a property that had an access panel in the garage ceiling, opening onto non-insulated piping above the ceiling board,” Maxwell continues. “Inspecting pipes that run in areas that are neither heated nor visible, and making sure that they have adequate insulation or installing heating tape—an electrical heating system that envelopes the pipe to keep any water that may be exposed to freezing temperatures—is imperative.”

To further care for your property's facade or building envelope, Zordan recommends that an association  make sure that any and all joints between which leaks can occur are properly sealed, and monitor for any wall or surface deterioration. “The biggest issue at hand is moisture,” he explains. “Once moisture gets into a building, especially in masonry wall cavities, it's going to cause decay, and will then cause a freeze thaw cycle to occur during winter months, which will then further deteriorate the brick and mortar construction of a building.”

Power of The One

While the board has explicit agency over the outdoor and common areas, the individual unit owner is neither absolved nor are they incapable of aiding in the winterizing process. There are a few tasks of varying degrees of simplicity that a resident can perform to help ensure that their property is on the up-and-up come April.

Zordan, for his part, encourages owners to monitor their humidistats. “A lot of buildings are prone to taking to taking in moisture via their masonry, which was never designed to be in a heated and cooled environment in a loft building, although it's legally permitted. Therefore, controlling humidity is important. The thermostat will give you a % of humidity within the unit based on the outside temperature. If it's 0 degrees outside, for example, you don't want your humidistat set to 30, because you'll create a high degree of moisture within the unit which is then being drawn to colder surfaces like windows and exposed masonry walls. A cold surface will collect/condensate/freeze and draw moisture into a building's components, so you need to prevent this via humidistat. People will say 'I like my skin to stay moist,' which is fine, but if you set that humidistat too high, your skin will look great, but your property may be affected.”

Maxwell urges owners to inspect their windows and doors. “Bring it to the association's attention if you find air leaks, broken storm windows, or just ill-fitting openings,” he says. “I advocated recently for a board to undergo a comprehensive window inspection in all of its common areas, as it's important to identify any potential problems early on.”

And Fernandes recommends some basic check-ups that can be done with or without the help of a contractor: “It's not much different from the routine of a single-family homeowner. Make sure that the furnace is maintained and operational, clean your air filters. Just have someone come in and do an inspection if you can't do this type of work yourself.”

While it may seem overwhelming, the truly prudent association will be preparing for winter during the fall while keeping another eye turned toward spring. I know, but bear with me.

“The best thing that a condominium can do in the winter is to plan for summer and spring projects,” urges William Hicks, a licensed architect and principal of the Chicago-based Hicks Architectural Group. “We work with so many associations that, the minute it gets down to 32 degrees, they hibernate, they don't make decisions, they defer... then suddenly around April when the first flowers bloom, it's a madhouse, with a board frantically fretting about the roof or the windows or the paving. At that point, quality contractors are booked, pricing is higher, and the market has shifted to prefer the seller rather than the buyer.”

To plan for one season without taking into consideration how said planning may affect the next is unwise. The most successful boards will take practical action while maintaining a big-picture outlook. “We've had experiences where condo associations do significant concrete flatwork during the summer,” says Hicks. “Winter rolls around, they realize they want to avoid ice on said concrete, and they end up using the wrong snow melt chemistry and destroy that fresh concrete. They'd never have done this had they planned far enough in advance to receive proper instruction regarding snow melting material.”

Boards are as well-off planning for spring in early winter as they are planning for winter in early fall. While it's admittedly difficult to put oneself in that next-season mindset, especially as the weather grows oppressive, true diligent leadership always involves thinking several moves ahead.