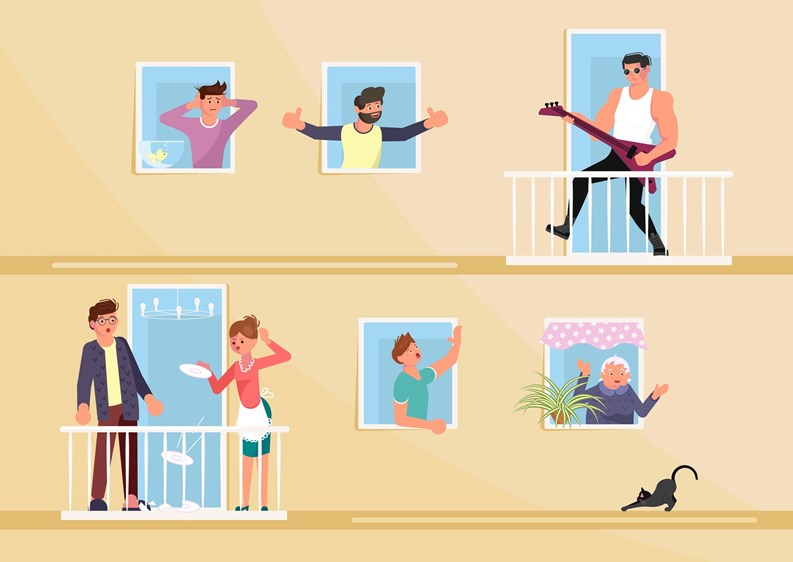 The results of a recent study conducted by digital real estate marketplace HomeAdvisor reveal that Americans relate to and interact with their neighbors very differently today than in decades past.

According to the company’s report based on its findings, “In the 1970s, more than two in five people said they spent at least one social evening a month with a neighbor. However, as the world has changed, so has our relationship with our neighbors. In a recent study, we found that now, just over half talk to their neighbors once a week or less (52%), and more than three in five have gone out of their way to avoid them.”

Based on responses from more than 2,200 people in the 25 biggest cities across the country, the study found - perhaps unsurprisingly - that neighborliness varies widely from city to city, with New Yorkers and Bostonians among the top five city dwellers least likely to know their neighbors, and residents of places like Indianapolis, El Paso, and San Francisco among the most likely to be friendly with theirs.

The study also dug into some specifics about what makes for a good - or bad - neighbor. Again, results are probably no surprise for anyone living in close proximity to others; parking space thieves, loud partiers, and bad attitude-havers were among the most loathed neighbors, along with busybodies and self-appointed neighborhood surveillance experts.

How Well Do Americans Know Their Neighbors?

According to the report, “more than two in five respondents to the HomeAdvisor survey said they know most of or all of their neighbors.” But how well?

“While a majority (58%) consider them to be friends, 31% think of them only as acquaintances, and 11% say they’re total strangers. Men are more likely to be friends with their neighbors than women (62% versus 54%). Interestingly, almost two-thirds of those surveyed (64%) admit they actively avoid their neighbors, and only 15% have had meaningful conversations with them.” Additionally, more than one in four - 27% - said they don’t care to get to know their neighbors better, mostly because of busy schedules, or simple lack of interest.

On the opposite side of the spectrum, nearly half of survey respondents (47%) admitted to becoming romantically involved with a neighbor—and more than one in 10 have actually married one.

The survey also found that kids and pets are some of the strongest vectors for making connections between neighbors. Those with children reported knowing their neighbors far better than those without (77% versus 37%), and 73% of respondents with pets said they know their neighbors, compared to just 39% of those who don’t have furry friends.

According to HomeAdvisor, general noise, loud parties, and parking disputes topped the list of reasons for intra-neighbor friction. “Naturally, the closer they were to noisy neighbors, the more likely they were to be bothered,” says the report, adding that “Those who live in apartments were more likely to be annoyed by their neighbors at least a few times per month (67%) than those in single-family homes (51%).”

The report goes on to note that “Nearly half (45%) [of respondents] admit to having or having had a long-running feud with at least one neighbor. In fact, neighbors can be so frustrating that 42% say they’ve considered moving, and 13% actually have moved because of a neighbor. Those who live in apartments are more likely to have done so (61%) than those who live in a single-family home (41%).”

On a More Neighborly Note…

While the gripes may be juicy, they’re not the whole picture by any means. When asked what it means to be a good neighbor, respondents to the survey said neighborliness is just being friendly, and 88% of participants said they’ve introduced themselves to a new neighbor, or had a neighbor introduce themselves when they moved in. “In addition, more than three in four (77%) have visited their neighbors’ homes, and 68% have taken care of a neighbor’s home or had a neighbor take care of theirs while they were away.”